A mother identified as Uwimbabazi Enatha has this morning given birth to a healthy baby girl and has immediately been named Ramba Noella their second born.

Uwimbabazi who is currently healthy and strong is being taken care of by her husband  Urayeneza Ramba Jean Paul. They are residents of Rusororo sector in Gasabo district.

“We are very happy she chose to become Jesus’ namesake! We were expecting her on December 18th, but she was born today,” said Urayeneza Ramba.

According to University Central Hospital of Kigali (CHUK), so far six children have been born at this hospital. 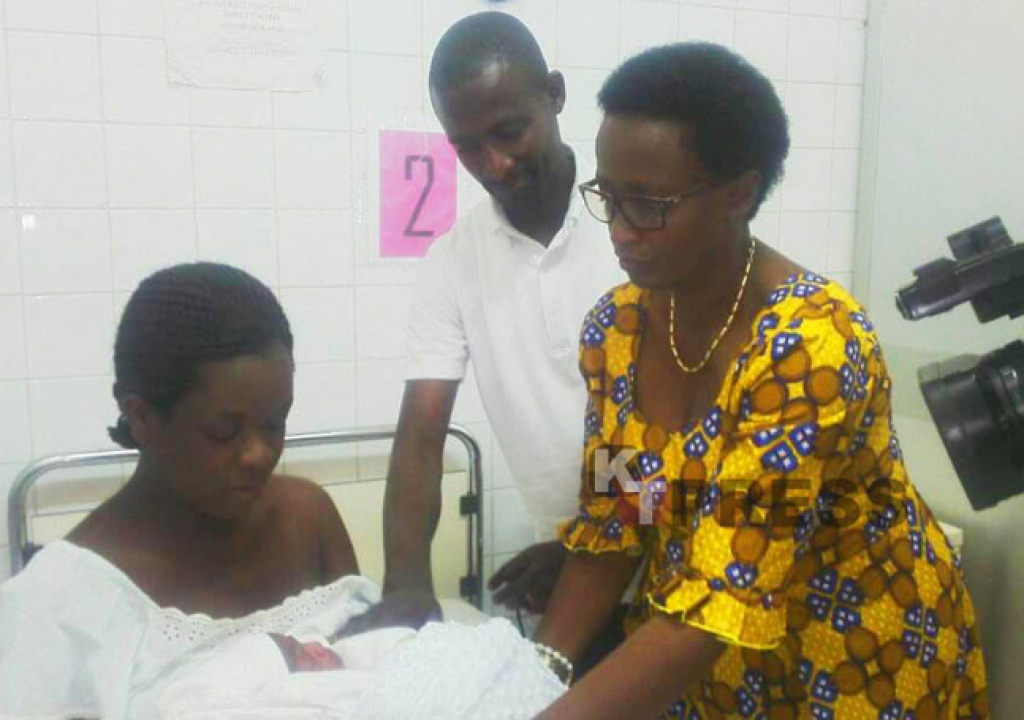 Meanwhile, while other Rwandans were worshipping in churches across the country, Maniraguha  Drocella was also in labour at Kigali University Hospital (CHUK) where she gave birth to three babies including two boys and a girl, at around 1.00PM.

Maniraguha hails from Gasiza Cell, Bushoki Sector in Rulindo District, Northern Province of Rwanda and she was transferred to CHUK due to over bleeding.

“I am very happy to have given birth to triplets on Christmas, but I will hardly manage to feed them,” she said, adding that she already had other four children.

Though the triplets are safe, they are underweight as the first was a boy with 1.670 kg, the second also was a boy 1.430kg while the girl was born with 1.570kg.

Also, Clementine Mukeshimana, a teacher at GS Cyivugiza in the City of Kigali, gave birth to the baby Girl Ashimwe Emmanuella Taiicha. Ashimwe is healthy with 3.66 kg.

According a mini survey conducted by KT Press in Kigali’s major Hospitals, more than 35 babies were born on Christmas Day.

Muhima maternity Hospital registered the highest number of babies born with a total of 8 babies were born including 4 girls and five boys.