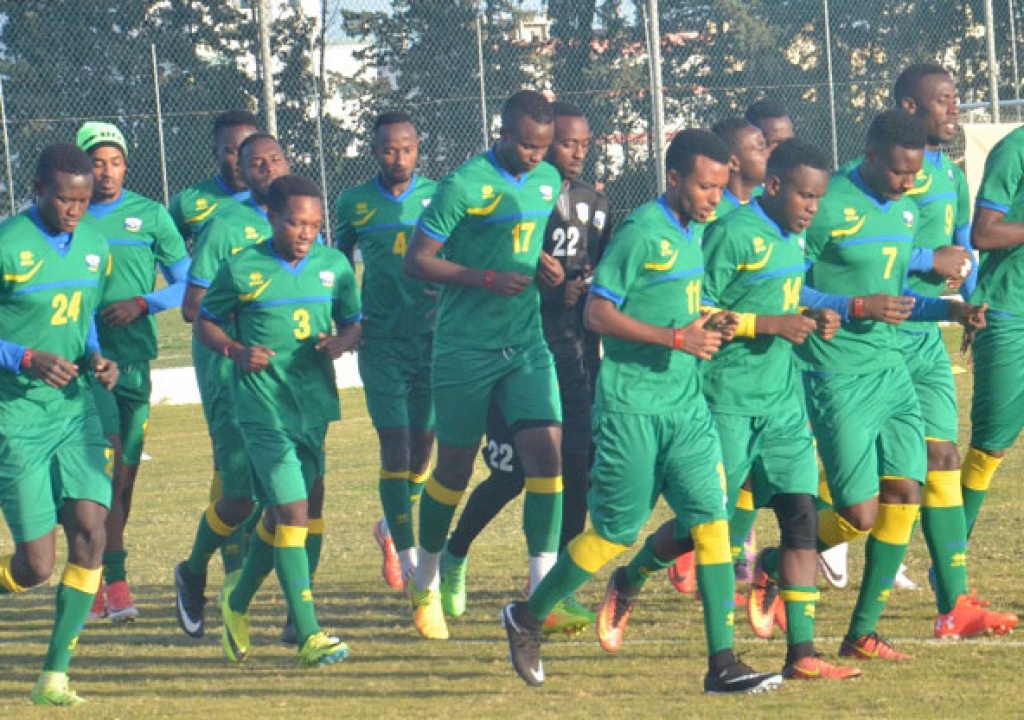 Amavubi seen in training on Monday will face Algeria in the final friendly match before the team heads to Morocco for CHAN tournament. KT Photo

The Rwanda men’s football team continued their training on Monday in preparation for Wednesday’s last friendly match against Algeria’s local-based team which will take place at Stade Olympique d’El Manzeh in Tunis.

The clash is part of Rwanda’s assessment to prepare the squad for the 2018 Total Africa Nations Championship (CHAN) tournament which begins on January 13 in Morocco.

After playing a 1-all draw against Namibia on Sunday at Jemmal Stadium, the team held a recovery session on Monday at El Mouradi Club Kantaoui training facility under the guidance of German coach Antoine Hey.

The team will hold their last training session on Tuesday morning before leaving Sousse to spend a night in Tunis in preparation for Wednesday’s last friendly match against Algeria’s domestic team.

Against Namibia on Sunday, left-footed winger Savio Dominique Nshuti scored for Rwanda in the first half before Namibia made amends in the second half when striker Itamunua Keimune optimally utilized a defensive mix up between the Rwandese defenders.

The Wednesday’s friendly match between Rwanda and Algeria will conclude the country’s training camp in Tunisia before the team departs for Tanger, Morocco on Thursday to begin the continental bid.

Rwanda will face Libya, Nigeria and Equatorial Guinea in Group C whose venue is in Tanger, Morocco.

Rwanda qualified for CHAN 2018 after beating Ethiopia 3-2 on aggregate score over two legs. This will be Rwanda’s third appearance (after 2011 and 2016) in Africa’s second biggest football tournament that gathers exclusively players featuring in their respective domestic leagues.

In 2016, Rwanda reached the quarter-finals before they were eliminated by DR Congo 2-1 in extra-time. DRC went on to win the tournament.