Rwanda junior women team which was composed of Mushimiyimana Samantha, Irakoze Neza Violette and Nzayisenga Valantine won the race in a total time of 36’06”44 to come ahead of the Burundian trio of Iradukunda Yvonne, Niyubuntu Goreth and Habonimana Charlene who posted 50’22”60.

In the men’s junior category, Rwanda won silver as they came second behind winners Eritrea by registering a total time of 26’56”28, coming 49 seconds (49”16) short of the gold medal spot. 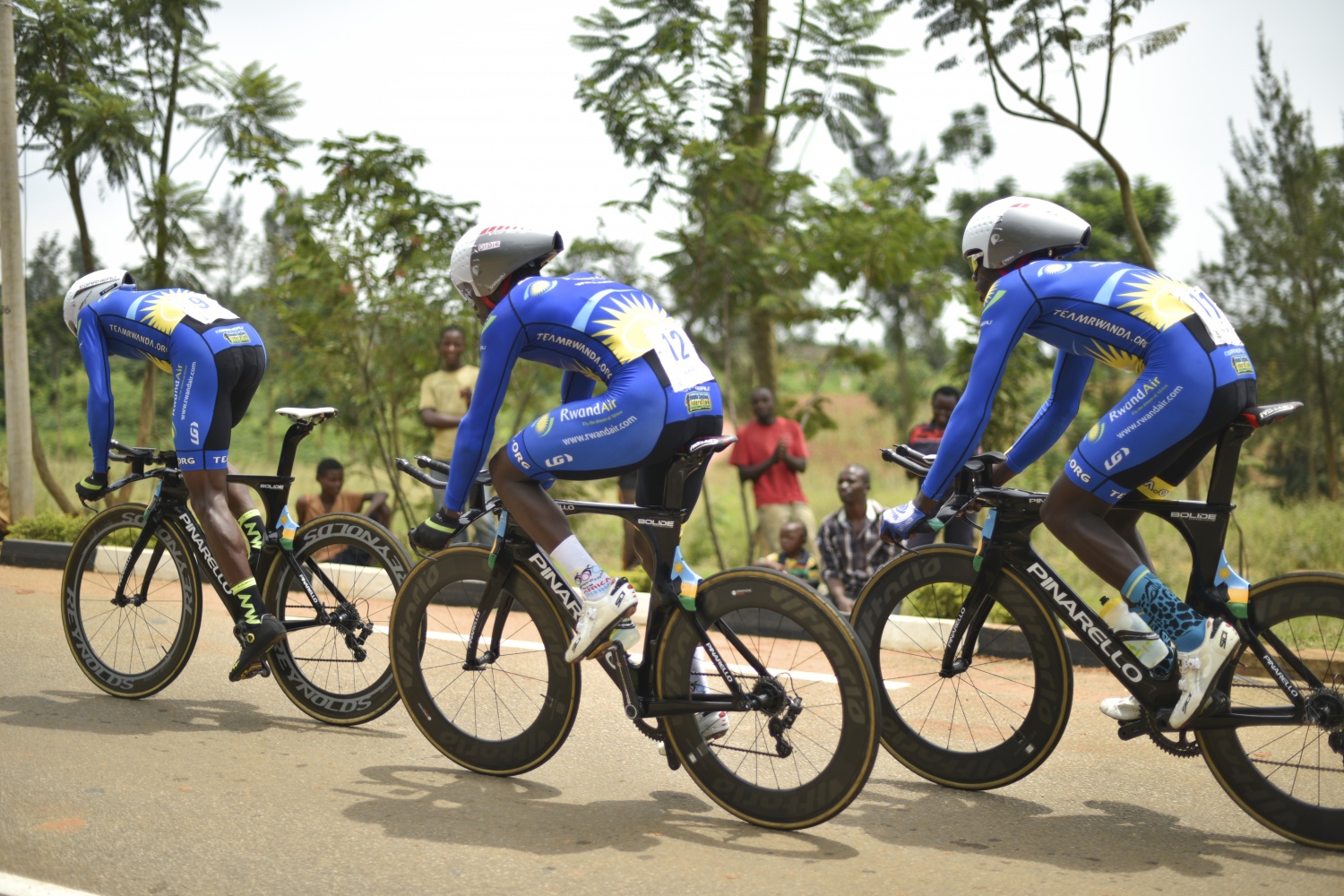 The women elite category attracted Ethiopia, Eritrea and hosts Rwanda. Over a 40km distance, Rwanda settled for a bronze medal as they came seven minutes and four minutes (07’04”32) behind the Ethiopians who won the race in 01h02’38”60.

The Eritrean team finished second in 01h02’47”35, coming eight minutes and 75 seconds behind their neighbors in the Horn of Africa.

Algeria settled for a broze medal as they came in forty nine seconds behind the winning Eritrean team.

In total, Rwanda managed to win one gold medal, two silver medals and one bronze medal on the first day of the Africa Continental Raod Championship.

More thrilling action is expected on Thursday when the individual time trial in all categories will be staged.

The African Continental Cycling Championships are a series of cycling races held annually since 2005 in Africa, with the best riders of the continent selected from this competition.

This year’s event has attracted a total of 167 riders, 122 men and 45 women, representing 22 African countries including the giants of Africa such as Eritrea, Algeria, Morocco, South Africa and Ethiopia who are expected to give the hosts Rwanda a hard time in the chase for medals.