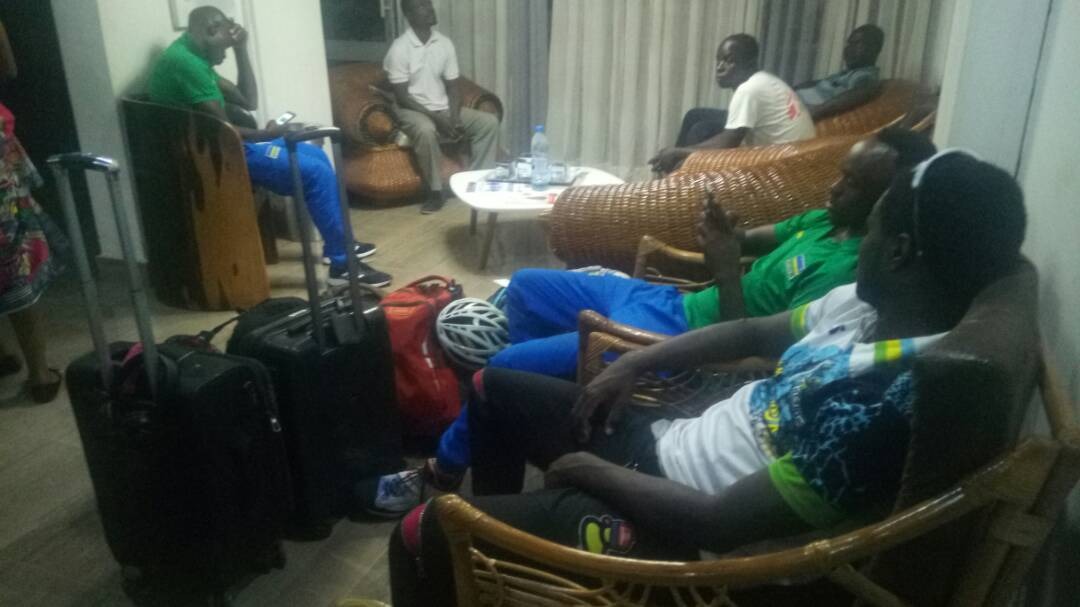 Team Rwanda learnt about the cancellation while at the airport in YoundeRwandan Cycling team that left the Kigali International Airport on 8th March to Yaoundé (Cameroun ) for tour du Cameroun championship are on their way back following the abrupt cancel of the competition.

The competitions was slated to kick-off Saturday 10th -18th March, having riders competing for the yellow jersey in eight laps. It was supposed to cover four regions of the country- Centre, Littoral, West and South West regions.

The Cameroun Cycling Federation (FECA), the organizers of tour du Cameroun have said that the cancel has been a result of the government delay in releasing money to fund the race.

The competition which is ranked 2 .2 on Union Cycliste Internationale’s (UCI) calendar was supposed to include 10 countries from Africa and Europe.