The government has disbanded the executive committee members at Kiziba refugee camp in Karongi district, Western Province – following investigations that they are behind the ongoing violent unrest at the camp hosting Congolese refugees.

The camp is home to thousands of Congolese refugees. On February 21, 2018, Rwanda National Police said it was launching investigation into the cause of protests that erupted on February 20th at Kiziba Refugee Camp.

The protests followed a decision of the World Food Programme (WFP), a UN agency, to reduce food assistance to the refugees by 25% due to funding shortage. All refugees hosted in Rwanda are affected by this WFP decision.

A statement released by the Ministry of Disaster Management and refugee affairs (Midimar) this afternoon said that preliminary findings established that a core issue causing unrest in the Kiziba Camp was the refugees’ executive committee, which was established to help in the management of the camp.

Instead of conducting their mandated duties, however, the statement says investigations discovered that the committee has been mobilizing refugees to revolt against government officials and partner institutions, denying them access to the camp, and causing disorder among the refugees, thereby rendering the camp and its surroundings unsafe.

“The Ministry of Disaster Management and Refugees informs the public that a series of measures have been taken to normalize the situation in the Kiziba Refugee Camp following recent unrest.”

To halt further revolts incited by the executive committee heads, Midimar said that; it “has, pursuant to Ministerial instructions N0 0I/2017 of 3 November 2017 on conduct of elections in refugee settings, decided to dissolve the refugees’ executive committee with immediate effect, as one of the measures to restore law and order in the camp and its surroundings.”

“The Ministry has also directed that violent, unruly and provocative conduct in the camp is unlawful and must stop immediately to restore peace, law and order, as well as allow for dialogue to resolve any existing or emerging challenges.” 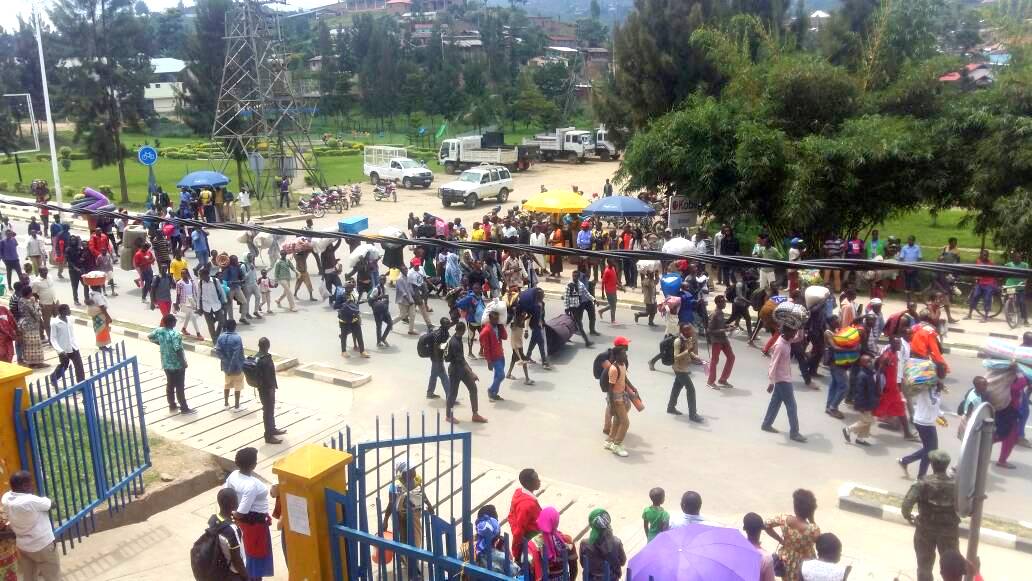 Government further promised its commitment to maintain safety refugees hosted in the country.

“The Ministry therefore calls on all refugees to cooperate in restoring normalcy in the camp, and gives notice that any person attempting to interfere with this process will be in violation of the law and will be held to account.

“The Government of Rwanda will continue to work with various partners, including UN agencies, to improve the wellbeing and protection of all refugees living in Rwanda.”

Meanwhile, this is not the first time Rwanda battles refugee violent conducts. In March this year, Police had to intervene and apprehend 33 Burundian refugees were charged with inciting fellow refugees to reject assistance from United Nations High Commissioner for Refugees (UNHCR).

On March 7, 2018, more than 2500 Burundian refugees abandoned their camps in South Kivu province of DR Congo and crossed into Rwanda.

While in Rwanda, the refugees refused any biometric registration and vaccination. Early this year, the refugees were repatriated back home after they agreed to voluntarily return.