The Kwibuka 24 – Commemoration Week where Rwanda remembers victims of Genocide against Tutsi has concluded today, April 13, 2018.

This afternoon, the Rwanda flag was raised back to full mast, but remembering the lost ones will continue for the next one hundred days.

It has been an uneasy week. Despite being twenty four years since the Genocide that claimed over one million lives, memories are still fresh among Genocide survivors and Rwandans in general.

This, as seen at different commemoration events across the country, has roots. During the commemoration week, thousands of bodies were discovered and given decent burial.

The week was characterized by shocking revelations from survivors. Some had just gained strength to speak for the first time – of extreme stigma they have endured for 24 years. Speaking has been the hardest thing to do after horrendous experiences.

While 24 years may be a long time from now, the events unfolding at commemoration sites revealed the memories are far from being over. 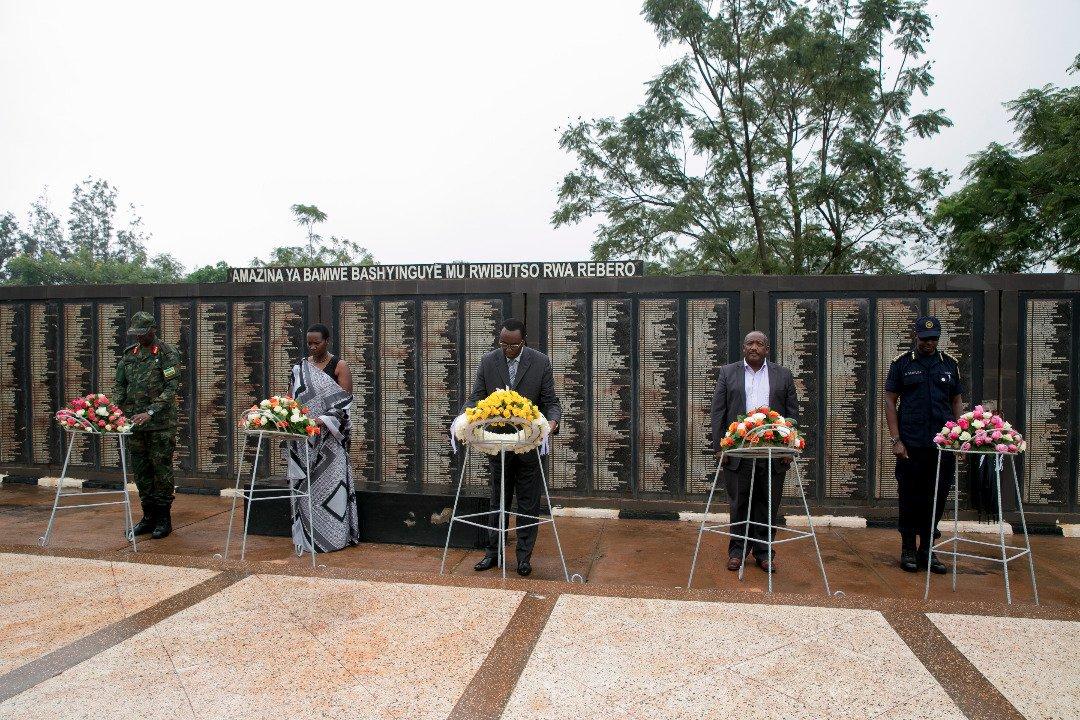 In fact, President Paul Kagame, while speaking at the launch of the 24th commemoration of the Genocide at the Kigali Genocide memorial on April 7, 2018 said “It is like remembering just started.”

Apart from commemoration activities across the country, Rwandans and friends of Rwanda from around the world gathered at different designated areas to commemorate the victims.

The events were characterized by walks to remember – in honour of the victims, testimonies, and call to persevere and not be taken hostage by the dark past.

This year’s commemoration period will be more memorable. For the first time, twenty-four years later, the United Nations finally recognized the Genocide in Rwanda as ‘against the Tutsi’ – pledging support to Genocide survivors to tell their stories. 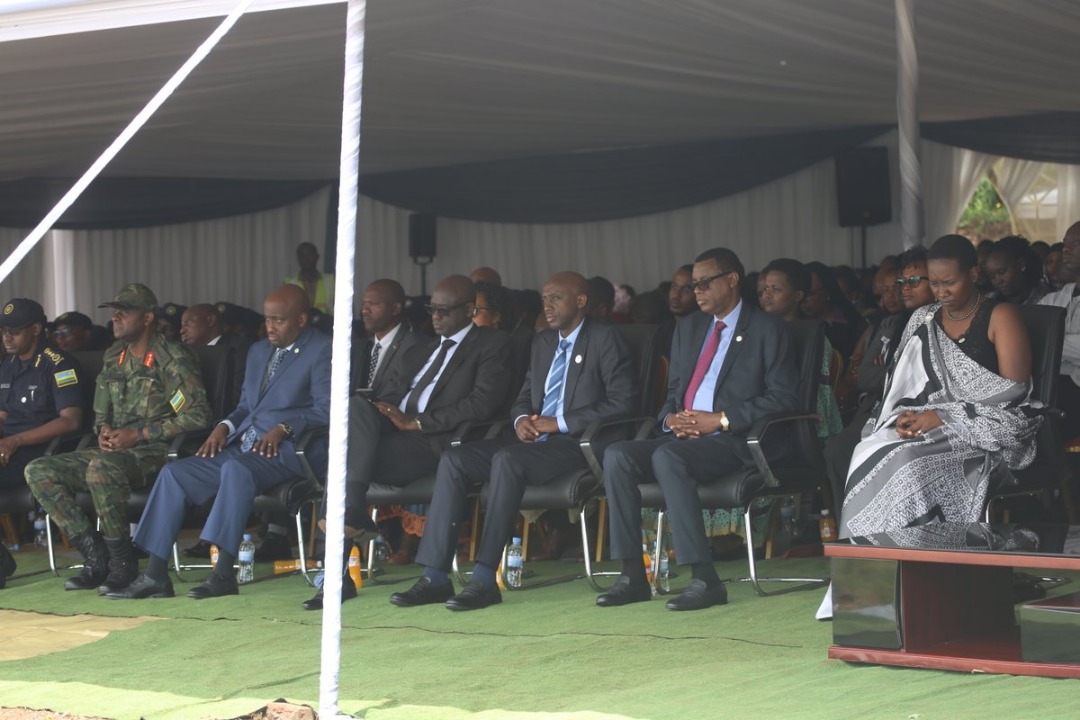 Meanwhile, the official closing of the commemoration week was held at Rebero memorial site in Kicukiro district in the capital Kigali.

The memorial site is home to a dozen politicians who were massacred during the genocide for going against bad and genocidal regime and thousands of other Genocide victims.

At an event presided over by Senate President Bernard Makuza, mourners walked silently reading through long lists of names of 14,000 victims inscribed on the monument raised at the memorial.

The Senate President then led officials and family members of the victims laid to rest at the memorial by laying wreaths on the graves.

Prominent among the victims includes Joseph Kavaruganda – former President of the Constitutional Court and Landouard Ndasingwa, a politician who was the leader of moderate Parti Libéral du Rwanda (PL).

According to Roméo Dallaire who was the commander of UNAMIR – a United Nations Peacekeeping Force deployed to Rwanda at the time, on February 17, 1994, he received information of a plot to assassinate Kavaruganda and Ndasingwa.

Dallaire, in his book ‘Shake Hands with the Devil’ said that he informed the two men of the planned assassination and neither of them was surprised. 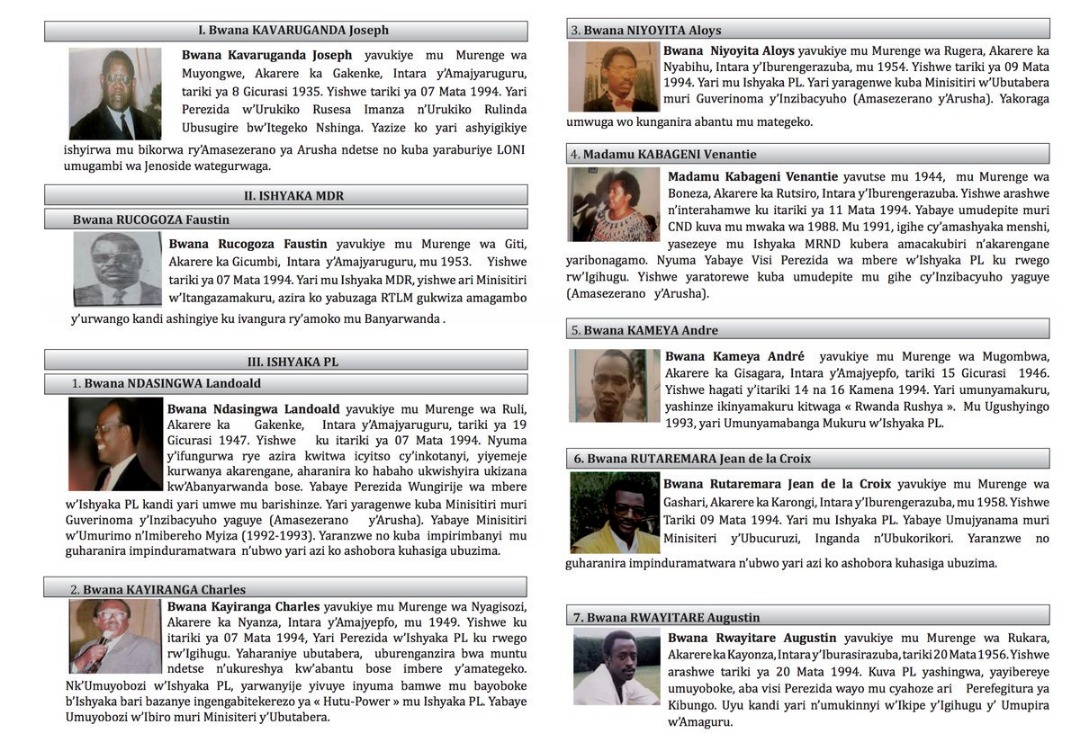 On April 7, Presidential Guards arrived at Kavaruganda’s house, claiming they were taking him to safety.

He was killed later that day. On the same day, Ndasingwa and his wife were abducted from their house along with their two children by the government’s Presidential Guard, despite being under UNAMIR protection.

Speaking at the closing of commemoration week, Senate President Bernard Makuza told mourners that Rwandans have decided a path to remember and uphold national values, adding that the fight against Genocide is a sign of ‘Never again’.

While genocide perpetrators still enjoy safety in different capitals around the world, Makuza reminded that the world should keep in mind that “justice delayed is justice denied” warning that the effects of genocide crimes can never go away.

Several European countries have remained adamant to either try genocide suspects or extradite them to Rwanda to face justice.

Despite the closing of commemoration week, commemoration activities will go on throughout 100 days until July 3when Genocide was stopped.

Rwanda’s Aegis Trust Gets Global Award for Fight against Genocide