From Middle East in Israel where ethnic cleansing took place 85 years ago to the countries from Africa, Caraib and Pacific-ACP bloc, and from the Far East, in India to Northern America and the West, the Rwandan community introduced the world to commemoration of Genocide against Tutsi, one of the worst latest tragedies to befall humanity.

The Commemoration Week – part of Kwibuka24 that was concluded on April 13th is an official period of remembering more than one million Tutsi that were killed in the 1994 Genocide against Tutsi in Rwanda, within only three months- April-July.

Coming as an addition in Kwibuka24 was also the new resolution of the United Nations to recognize the Genocide as Committed against the Tutsi in Rwanda.

This year, the UN recognized 7 April as the International Day of Reflection on the 1994 Genocide against the Tutsi in Rwanda.

This was a new and positive move compared to the initial stand of the UN which, since 2004, recognized April 7 as the International Day of Reflection on the Genocide in Rwanda.

This year’s commemoration came in different forms; walk to remember, seminars, reading the mass, declarations on genocide to mention but a few.

The Foreign Policy office in the same country also tweeted, “Today, Canada is united with Rwanda to commemorate the 1994 genocide against the Tutsis. We remember all those who opposed and perished, and salute the spirit of resilience and reconciliation of the Rwandan people.

In the United States, Rwandans and friends of Rwanda overcame the cold weather and came together for a Walk to Remember in Washington from DuPont Circle.

But in addition to the Walk, a session on the genocide elaborated how the Genocide against Tutsi was methodically prepared and executed at a point to become the most disastrous of the 20thcentury tragedies.

Deputy Assistant Secretary Ambassador Donald Yamamoto said that Rwandans bear the scars of the Genocide, but was quick to recognize that, “we all bear the guilt of the inaction. How we work together will be a testimony on how we rebuild.”

On the same day, April 7th, the Ambassador of Rwanda to Belgium Rugira Amandin told the Rwandan community and friends from the country that colonized Rwanda but failed to leave a legacy of unity, that, “remembering is important; it helps to regain strength and to tell the truth.”

At the house named after ACP countries in Bruxelles, Ngulinzira Marie Yolande, the daughter to Ngulinzira Boniface who was foreign Affairs Minister of Rwanda during the Genocide shared a testimony of how her father was killed by interahamwe after the Belgian peacekeepers had abandoned them at ETO Kicukiro-Kigali.

Meanwhile, Sweden also sent a delegation to commemorate with Rwandan community; Ulrika Modéer State Secretary for development cooperation from Ministry of Foreign Affairs in the country.

Same testimony was shared by the representative of Rwandans in Finland Nyinawumuntu Victoire.

Meanwhile, in the Far East – India, a delegation of the Catholic Church was part of commemoration of the Genocide against Tutsi.

“We pray for the departed, the survivors as well as the Nation of Rwanda,” said the Bishop. Kwibuka24 in India was a sign of solidarity of all African nations.

Events took place at a hall that was named after Kwame Nkrumah, a Pan African president and founding father of Nation of Ghana.

“The significance of holding Kwibuka24 in Kwame Nkrumah hall is a sign of solidarity by African Ambassadors and its people,” said Amb Michael Nii Oquaye, High Commissioner of Ghana to India when he took the floor. 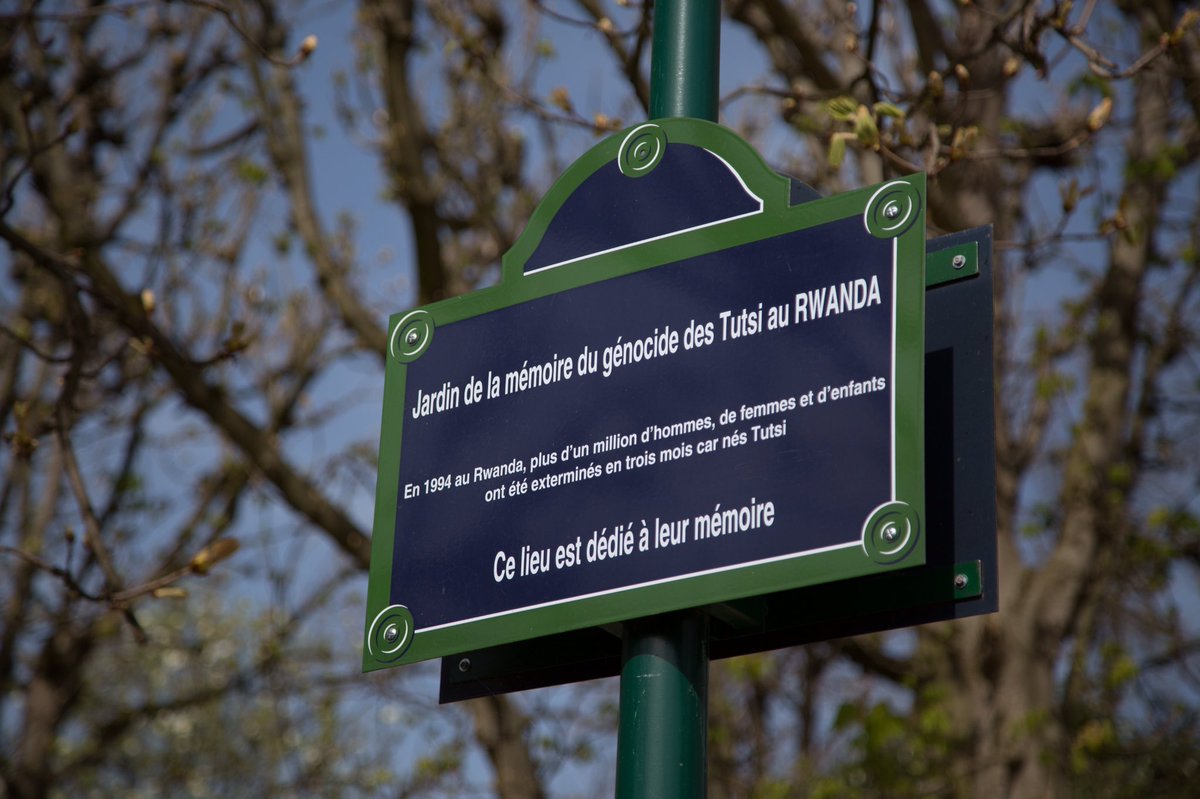 Back in Europe, Rwandan community in France was not left behind.

Two mayors; Anne Hidalgo of Paris and Mayor of the 13th arrondissement Jerome Coumet joined the Rwandan community to lay the wreath at Choisy Park which was dedicated to the commemoration of the Genocide against Tutsi.

Ambassador of Rwanda to France Jacques Kabale expressed gratitude for this dedication in a country that, Rwanda has always reiterated, was involved in genocide in several ways.

In Africa, it is also important to note the presence of the countries where Rwanda has peacekeepers at Kwibuka24.

In Central Africa Republic (CAR), President Faustin Archange Touadera dedicated a message to Kwibuka 24, which was red by his Prime Minister before the Rwandan military and Police peacekeepers as well as the Rwandan community.

His envoy also lit the flame of hope, like it was being done in Rwanda.

A similar gesture was also observed in South Sudan.

Role of the African Union is also notable during Kwibuka. The AU Commission Chairman_Moussa Faki saluted Rwanda for making reconciliation a motto at a Kwibuka 24 event in Ethiopia where high commissions, diplomats and Rwandan communities in Ethiopia and Djibouti were gathered. They were estimated to 200 people.

Apparently, the diplomatic community was most present at Kwibuka24 events abroad. They were accompanied with communities from their respective countries.