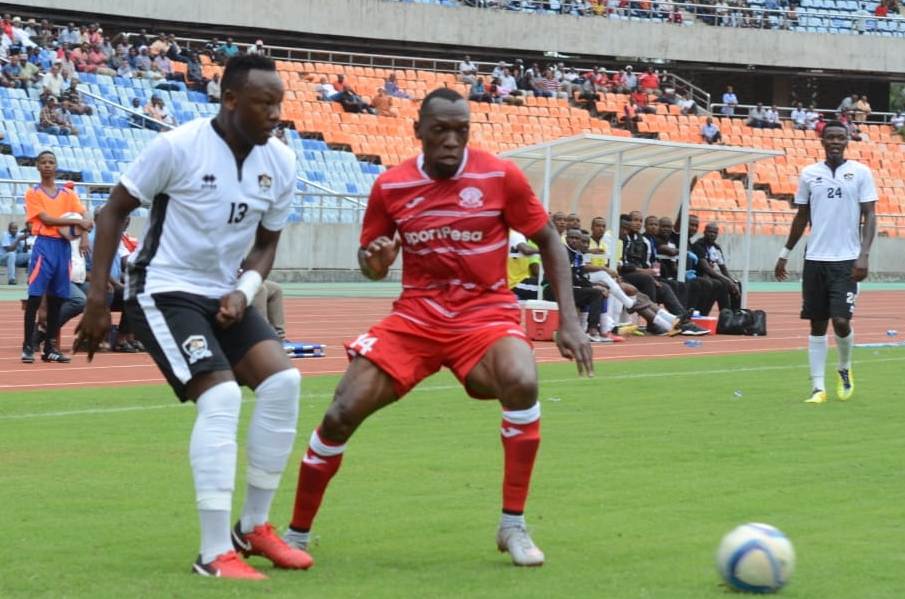 The military side secured the deserved victory courtesy of a strike from skipper Iranzi Jean Claude in the 10th, a brace from Dennis Rukundo in the 13th and 19th minute and finally from Nkinzingabo Fiston in the 76th minute.

Dakadaha earned their consolation goal in the 4th minute through Mustafa Casolu’s strike.

APR FC’s victory comes a few days after they suffered identical 2-1 defeats to Singida United and Simba SC in their first two games.

In the other game, SC Simba was held to a 1-all draw to fellow Tanzanian league compatriots Singida United 4-1 at the National Stadium in Dar es Salaam.

Meddie Kagere scored his second consecutive goal for his new side Simba in the 17th minute with a clinical header off a Nicholas Gyan cross from the right flank, the latter had weaved through three Singida players before curving in a cross that Kagere headed past former Simba custodian Peter Manyika.

Daniel Lyanga equalised with eight minutes to the breather, the Taifa Stars forward unleashing a bicycle kick from inside the area after Simba defenders failed to clear Habib Kyombo’s shot that had ricocheted off the crossbar.

After the climax of Group C matches, Simba SC and Singida finish on seven points apiece though the former have a superior goal difference of five to Singida’s two and will await to know their quarter final opponents after Thursday’s final group games.

Rwanda’s APR Fc finish third with three points and a +1 goal difference while Dakadaha FC are out of the competition after failing to garner a point in three matches to finish bottom of the standings.

APR Fc might come among the ‘Two Best Losers’

APR Fc will have to wait for Thursday to know if they are qualified among the two best losers for the quarter final round.

The best two losers who will join the top two group leaders in the eight will be determined after the climax of Group A matches between Ugandan side Vipers SC and South Sudanese Kator FC (underplay in Dar es Salaam by press time) and Thursday’s Group B match between Rayon Sports and Lydia Ludic which will be staged at Azam Sports Complex in Chamazi.

Kagame in Djibouti for Inauguration of Int’l Free Trade Zone