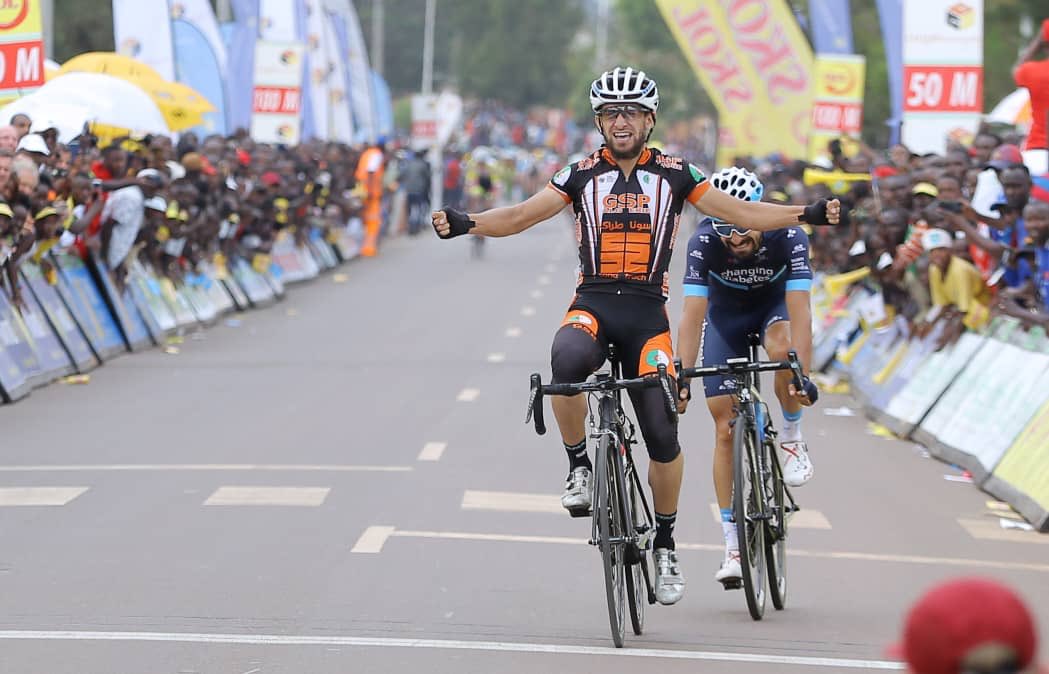 Algerian Lagab Azzedine won the opening stage of the 10th edition of Tour du Rwanda on Sunday in Rwamagana.

Stage One saw the peleton cover 97.5km comprised of 15 laps of 6.5 km each- around Rwamagana town.

The 32-year old Azzedine clocked 02h12’21 to set a new record in the Tour du Rwanda where he has won a consecutive third stage victory in four of his tour appearances in the country.

It was not a good start for Rwandans despite Ndayisenga Valens and Ruberwa Jean Baptsita having promising starts only to falter with two rounds to go.

Action continues on Monday with stage two action, set to start from Kigali City and will climax in Huye District covering a distance of 120.3 kilometres that will feature three categorised climbs at the beginning, while Stage 3, from Huye to Musanze, is the longest, covering 195.3 kilometres and four brutal climbs.

Stage 4, from the Musanze district in Northern Province to Karongi down south, is 135.8 kilometres long.

The riders will have to contend with three difficult climbs in the 95.1-kilometre Stage 5, while Stage 6 — from Rubavu to Kinigi – also has three climbs in its 108.5-kilometre distance, where cyclists will ride on the foot of the breathtaking Volcanoes National Park, home to the famous mountain gorillas.

Stage 7 is a 107.4-kilometre trip from Musanze district to Kigali city. The penultimate stage will see riders twice tackle the now famous 500-metre ‘Wall of Kigali’, a 12 percent steep climb of cobblestones which attract hundreds of fans.

This year’s edition of Tour du Rwanda will be last event under the 2.2 race classification. The 2019 event will be upgraded to the 2.1 category, becoming only the second such event alongside Gabon’s La Tropicale Amissa Bongo under the 2.1 category of the of the International Cycling Union (UCI) Africa Tour.

All eyes are on Rwandan riders who are seeking for a fifth title in a row since the historic 2014 triumph by Valens Ndayisenga that have seen local riders own their race. Joseph Areruya, winner of last year’s edition, will not be defending his title since his French UCI team Delko Marseille Provence KTM will not be taking part.

Imbuto Foundation, Partners Show Students How to Get Scholarships Abroad