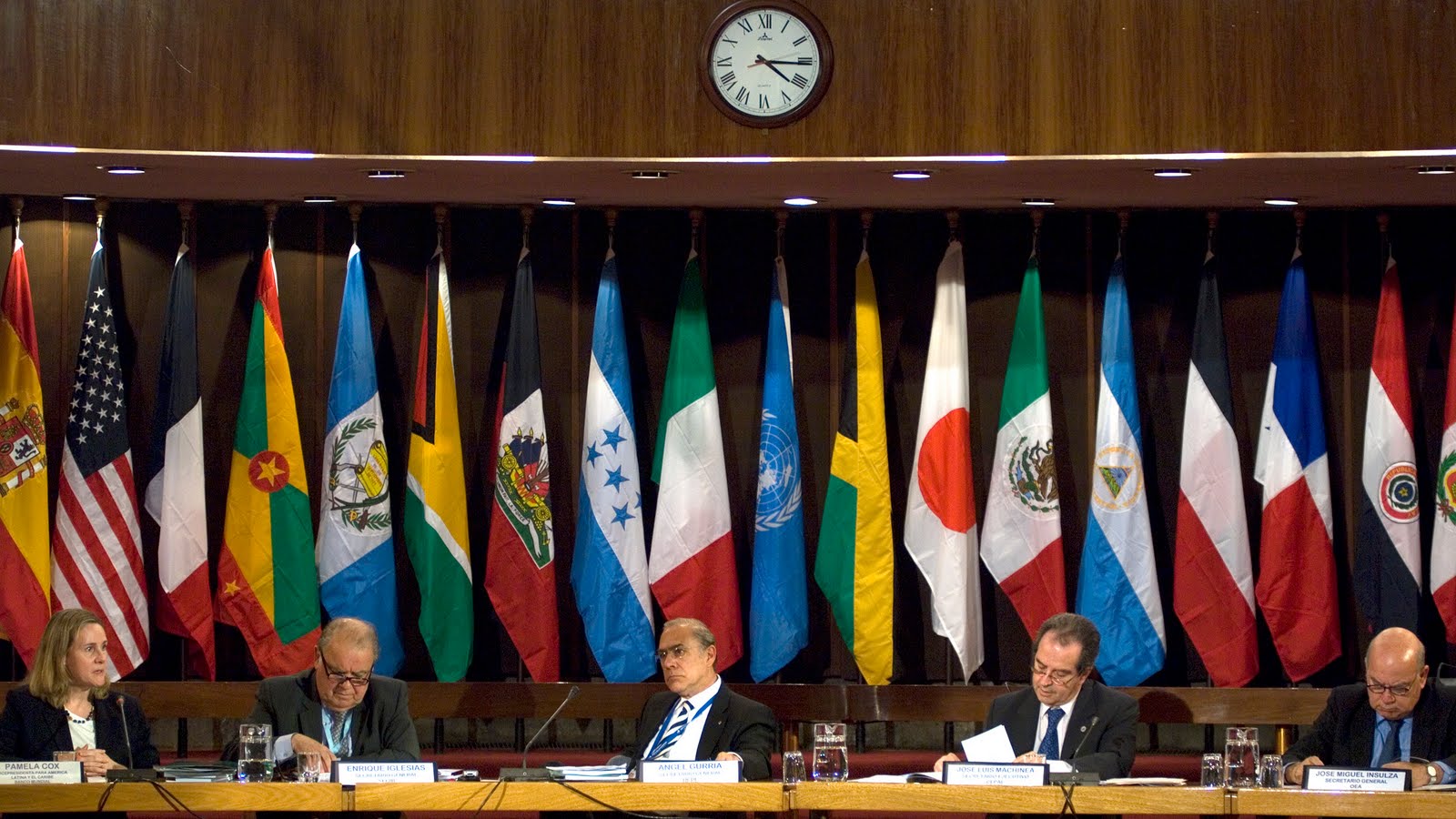 OECD past summit. Rwanda wants its flag to feature here

Rwanda’s application to the membership of the 36-member club of the world’s most developed OECD economies is at later stage, Louise Mushikiwabo – Foreign Affairs Minister has said.

This comes after two Israeli citizens said that they are campaigning for the candidacy of Rwanda to OECD.

“The process is at the level of exploration and gathering information on criteria and other preparatory steps; application is at a later stage. We will keep you informed,” Mushikiwabo told KT Press on Thursday.

According to media, two Israel nationals are interested in having Rwanda accepted and they want to help the country as they helped Israel, 8 years ago.

Weinstein told the Jerusalem Post yesterday, that there are several indicators that would allow Rwanda’s candidacy to go through.

He said, the economy and political situation in Rwanda – a country torn apart by the 1994 Genocide against Tutsi have stabilized, and that attracting foreign investors is a high priority.

The same media channel also quoted Weinstein as saying that Rwanda’s capital Kigali is a developed city. He said it is “orderly, developed, clean and secure” while the country at large has gone through, “a genuine forgiveness process” after the Genocide tragedy.

For Prosor, “Africa is the only continent not represented in the OECD, and I think everyone should applaud Rwanda for its desire to break the barrier and become the first African country to join the organization.”

According to Prosor, for Rwanda to go through, it will have to fulfill a number of conditions.

“Joining the OECD would require Rwanda to meet the highest international standards when it comes to its government, business sector and international relations. So it’s in the mutual interest of both Rwanda and the international community that they achieve it – and hopefully… other African countries will follow its lead,” he said.