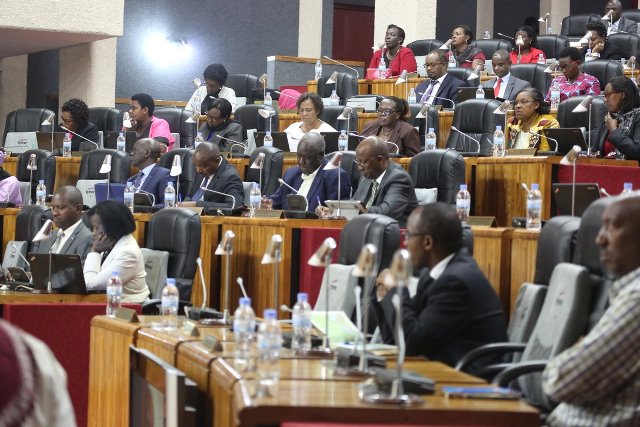 Rwanda Parliament – lower chamber this Monday closes its ordinary business ahead of parliamentary elections next month.

“We are now getting ready for the break and some of us will not be coming back to the house while others will start their campaigns which kick off on August 13th, ” said MP François Byabarumwanzi.

Closing business is the third parliament – lower chamber, which was elected in 2013 for a 5 year term. It succeeded two parliaments of 2013 and 2008 respectively.

The third house of parliament will be dissolved on the morning of August 9, 2018 in a ceremony in which the president will also receive district performance contracts, KT Press reliably reports.

Parliament has 53 seats elected in universal suffrage through a secret ballot; 24 women are elected by specific councils in accordance with the administrative entities.

On Monday, the Senate will also close its ordinary sessions of the year 2018.

Last week, the commission announced a provisional list of 500 candidates vying for the next parliament with 60% of them being women.