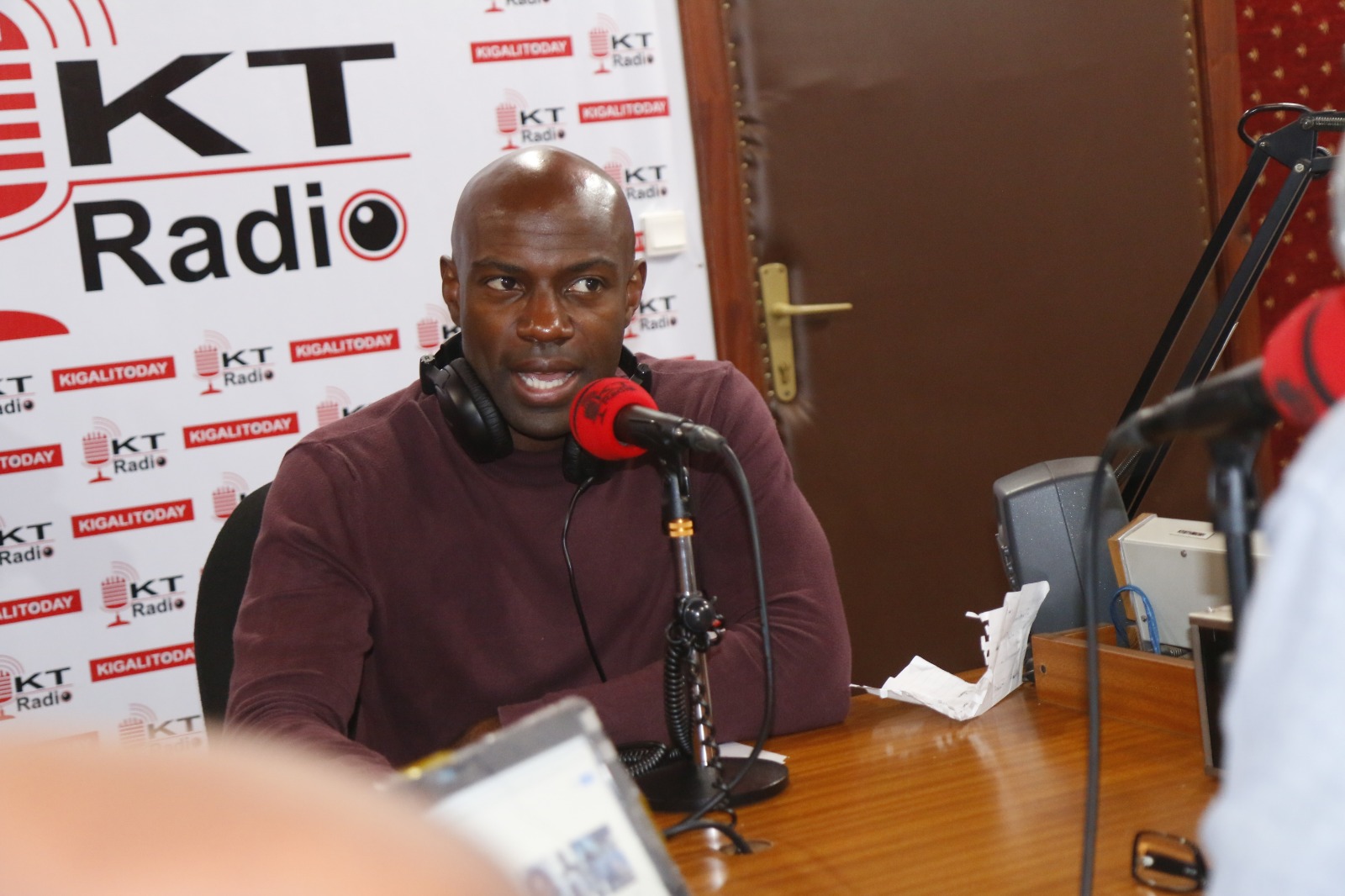 Fourteen years since his first time to Rwanda, British actor David Gyasi, has returned to rekindle a relationship with a country about which he says it was love at first sight.

Gyasi whose credits include big budget films Interstellar, the television series ‘Achilles’, and the new film ‘Killer Hunter’, first visited Rwanda in 2004, for his role in the film ‘Shooting the Dogs’, about the 1994 genocide against Tutsi.

“I fell in love with the place, and always wanted to revisit,” he told KT Radio’s Vincent Gasana in an interview for his Rwanda Beyond the Headlines talk show.

The second visit is as Ambassador for Tear Fund, a NGO which works on poverty alleviation in fifty countries, including Rwanda.

“I met the organisation of Tear Fund, and was really interested in what they do. We had to find a destination, and I said, I would really like to go back to Rwanda, and see what is happening with the place,” he said.

In a sentiment that will make Visit Rwanda’s ears prick up in interest, he continues about that visit, “the first I noticed, was that I felt that this place should be one of the top ten tourist destinations in the world, I felt that it was beautiful…”

And he was struck by the dramatic change in the country since he was last here. “I was here ten years after the Genocide, there was a feeling of healing, a feeling of let’s get together, and let’s move forward. I was fascinated by that, and to come fourteen years later, it’s unrecognisable what’s happened. And to hear the stories, the individual stories through organisations like Tear Fund, and some of their partners…is seeing the fruition of that call to move forward, and then seeing people actually have incredible movement forward…”

Gyasi has some encouraging words for the Government of Rwanda, through his observations on how Tear Fund works.

“I feel that there is so much that I’ve learnt from coming here…Rwanda’s approach to partnership shows incredible leadership….”

And Rwandans in the film and acting trades, it might be worth keeping a watching eye on David Gyasi next projects, as some may involve a creative expression of his love affair with Rwanda.

“As a story teller, and a film maker, what the essence of the story…the Rwanda that I met fourteen years ago, with humungous potential, the culture, and beauty, and challenges…to come back fourteen years later, and to see them slaying the challenges from what I’ve seen. As a story teller and film maker, in my head…where is the story now that I want to tell, and I have a little seed in my heart about a really beautiful story that I want to tell about here…”

David Gyasi’s latest film Hunter Killer, is out now, and he has just finished filming Malefecent 11, with Angelina Jolie.

Do not miss the exclusive interview at KT Rdio’s Beyond the Headlines – October 21 from 8PM.