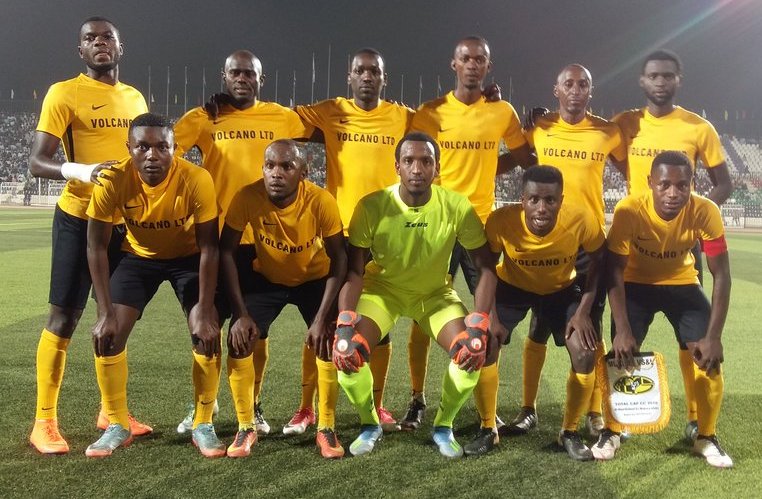 Rwanda Peace Cup holders Mukura VS secured a vital away result as they held Sudan’s Al Hilal Al Ubayyid to a barren draw in the first leg of the CAF Confederations Cup first round at the Shikan Castle Stadium, El Obeid on Saturday evening.

The Rwandan outfit created some glaring goals scoring opportunities but was very wasteful as the Sudanese side flag bearers thwarted all their attacking forays into the vital area in search of goal.

The black and yellow outfit, who are representing the country in the continental competition thanks to their 2018 Peace Cup triumph in August, progressed to the first round a fortnight ago after easing past South Africa’s Free State Stars in the preliminary round.

Francis Haringingo’s Mukura VS are in the CAF Confederation Cup for the first time in 18 years and they will now host Al Hilal Al Ubayyid in the return leg in Huye Stadium on December 22.

Al Hilal Al Ubayyid reached the round of last eight on their debut last year and Mukura VS should be required to register a win and avoid conceding a goal if they are to reach the next round.

Should the Huye-based see off Al Hilal Al Ubayyid over the double-legged tie, it will be the club’s first time to go past the first round in the continental competition. They previously made five (1982, 1987, 1988, 1993 and 2001) appearances in the tournament.