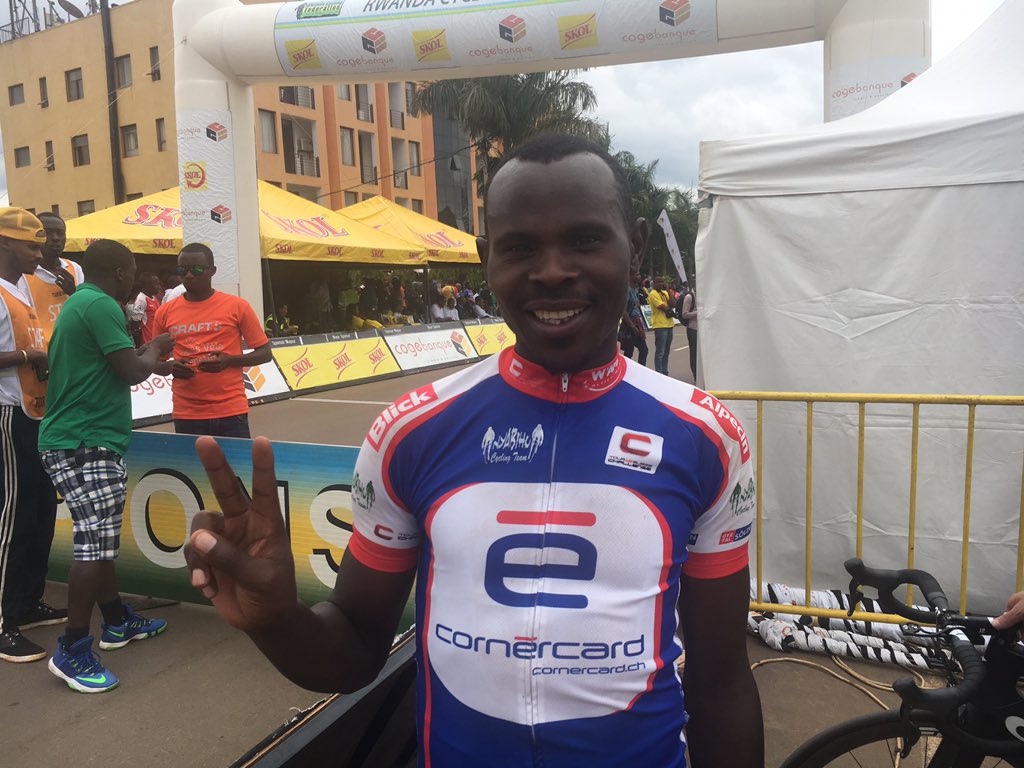 The final race which climaxed the 2018 edition of the Rwanda Cycling Cup attracted some of the foreign-based and local riders namely; Valens Ndayisenga who was riding for Les Amiss Sportifs after his contract with French side POC de Lumiere expired, Areruya Joseph (Delko Marseille Province, France), Mugisha Samuel (Team Dimension Data, Italy), Didier Munyaneza, the 2017 winner and Jean Bosco Nsengimana, the 2015 Tour du Rwanda winner among others.

However, Gasore defied odds to become the first rider to win Rwanda Cycling Cup twice after winning it in 2016. Team Dimension Data rider and reigning Tour du Rwanda champion Samuel Mugisha won the final race which covered 105.400km from Stade Amahoro to Nyamata and back.

Mugisha won the race the men’s elite and U-23 category which covered 159.3km from Amahoro Stadium to Nyamata and back in 4h00’01.

Twizerane Mathieu from Huye CCA came in second slot in 4h00’02 while NdayisengaValens came in third slot after clocking 4h00’41.

In the women category, Tuyishimire Jacqueline led a 1-2-3 for Benediction cycling club as she clocked 3h00’55 to win the race. Her compartiot Nzayisenga Valentine clocked 3h05’33 to finish second while Ingabire Diane came third in 3h06’26.

The Rwanda Cycling Federation (FERWACY) president Aimable Bayingana said, “We want to thank all our sponsors and partners, and everyone who played a part in making the 2018 Rwanda Cycling Cup a success. Looking forward to working with you again,”

The annual domestic cycling championship, which was in its fourth edition, was organized by Rwanda Cycling Federation in partnership with Skol brewery and Cogebank.