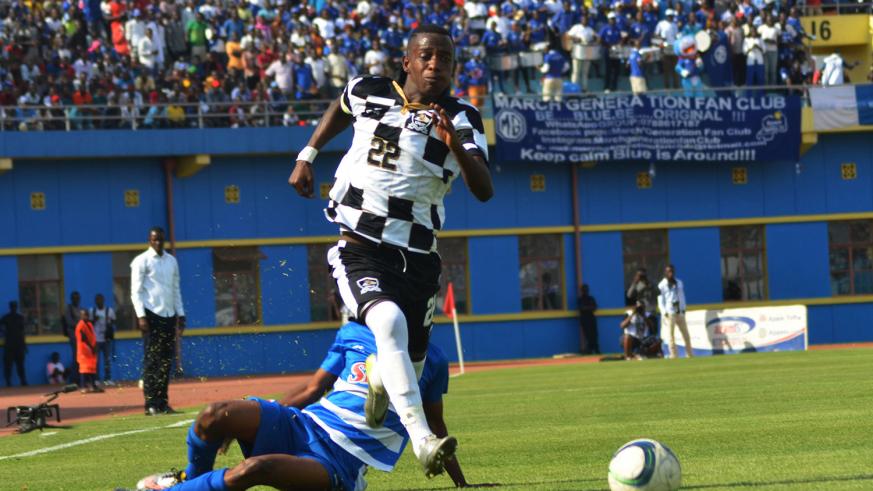 Issa Bigirimana put the hosts ahead in the 12th minute as he struck the opening goal after connecting a good goal kick from goalie Yves Kimenyi to score past Rayon Sports goalie Bashunga Abouba.

The visitors surged in search for goals with Niyonzima Olivier, Rutanga Eric and Ghanian Michael Sarpong all making goal attempts but their efforts paid no result.

The substitution paid off when APR Fc were reduced to ten men with holding midfielder Ninzeyimana Mirafa receiving a second yellow card of the game following a foul committed on Da Silva in the 57thminute.

Rayon Sports pressed the military side inside their own half and with seven minutes to stoppage time, Ghanaian forward Michael Sarpong equalized for the Blues following a goalkeeping blunder from APR Fc goalie Yves Kimenyi.

Sarpong had another goal disallowed as he was judged to be in an offside position by the second assistant referee Theogene Ndagijimana.

In the 94th minute, Rusheshangoga broke hearts of Rayon Sports fans as he struck a long shot from the right flank into Bashunga’s goal, a ball that the Rayon Sports goalie poorly judged and could not save. The strike sent the stadium into jubilation with a minute to full time.

The 2-1 result has seen APR Fc move into second spot with 18 points, one point behind leaders Mukura VS while Rayon Sports remains in fourth slot with 15 points.

APR Fc has now won their 37th derby match against Rayon Sports as Rayon Sports Fc remains on 28 victories over the military side.

Players who started for both clubs