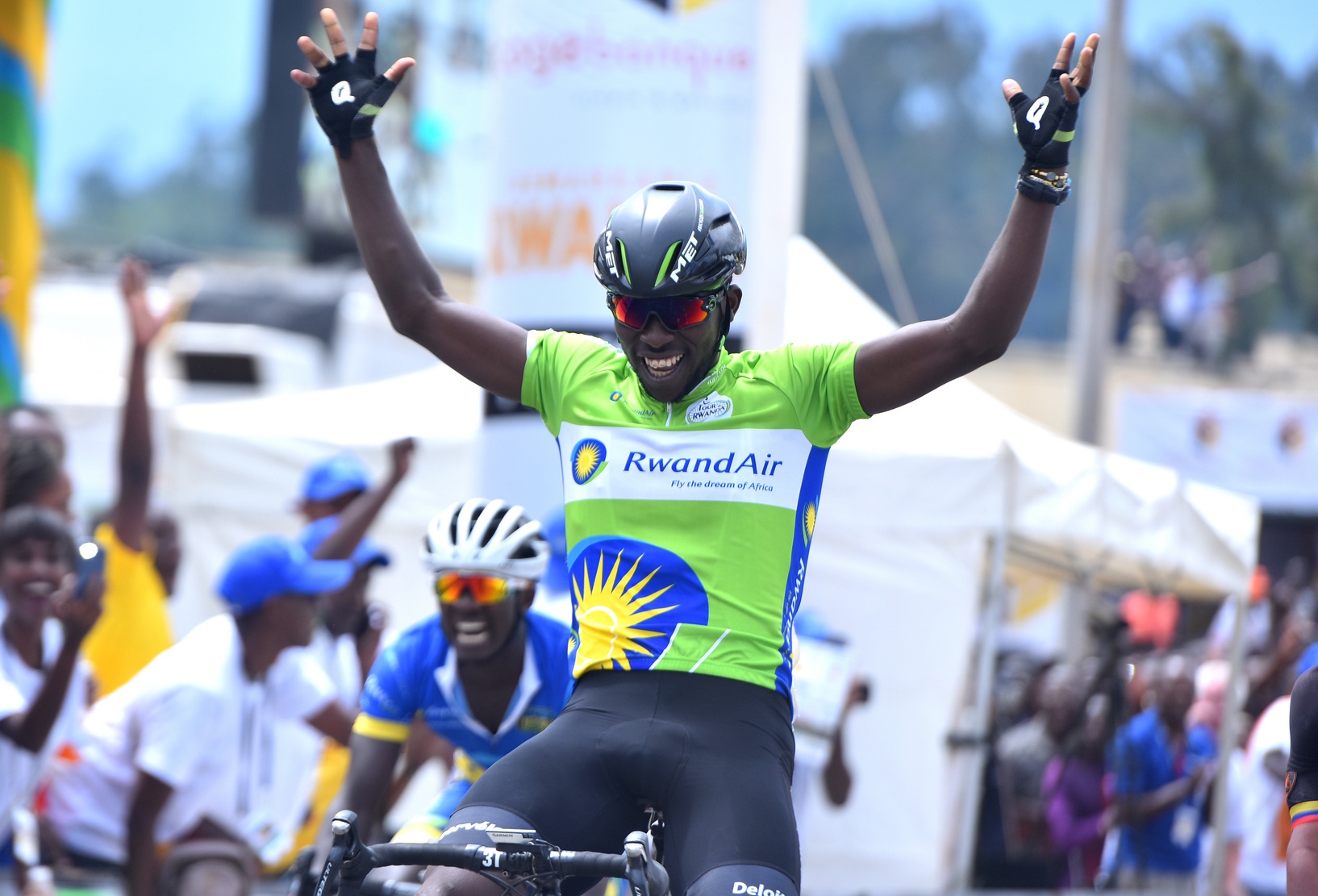 Rwandan Joseph Areruya, bidding for a record-second title, and 89 other riders set off on the first stage of the 2019 Tropicale Amissa Bongo on Monday, January 21 from Bongoville, Gabon on and will conclude on Saturday in Libreville, the nation’s capital.

The annual event, which was held for the first time in 2006, is a road race and is part of the UCI Africa Tour.

Among the ninety riders expected to the start of the first stage of the race on Monday between Bongoville and Moanda,forty three riders will be making their debut on the roads of Gabon.

The African Cyclist of the Year, Areruya and Team Rwanda are in positive mood ready to defend the Tropicale Amissa Bongo. It’s Team Rwanda’s first race of the year after an unforgettable 2018 which saw massive performances from the riders which included exciting victories at the Tropicale Amissa Bongo race, Tour du Rwanda, Tour de Espoir and Tour du Cameroon respectively.

Team Rwanda Head Coach Felix Sempoma who also doubles as the head coach of UCI Continental Team, Club Benediction, told local media before the team’s departure to Gabon on Friday that night the Rwandan riders are ready to retain the title.

“They [riders] have increased their competition level tremendously and are more experienced compared to the past year. I would not be wrong to say that we have a good chance to win the title again, and my boys are ready and fit for the challenge,” Sempoma told local media.

French cyclists have dominated the race finishing first in 9 of the 13 editions. Natnael Berhane of Eritrea broke the French domination when he became the African cyclist to win the race in 2014.

André Greipel will be the headliner of this 14th edition. The German sprinter is the runner in activity, record holder of the number of victories with 155 successes including 11 stages of the Tour de France.

Daniel Teklehaimanot, an icon of African cycling, returns to the Tropicale after seven years of absence. The Eritrean, who wore the best climber’s jersey on the 2015 Tour de France, was the first African black to win a stage on the Tropical in Gabon in 2011.

Joseph Areruya puts his title in play. The Rwandan has moved into the professional ranks in France in the team of Delko-Marseille, since his victory on the 2018 edition. Designated African Cyclist of the 2018 season by a jury of specialist chaired by the five-time winner of the Tour de France Bernard Hinault, he is expected to retain the title.

Rwandan Referee Ishimwe to Handle CAF U-20 Tourney in Niger