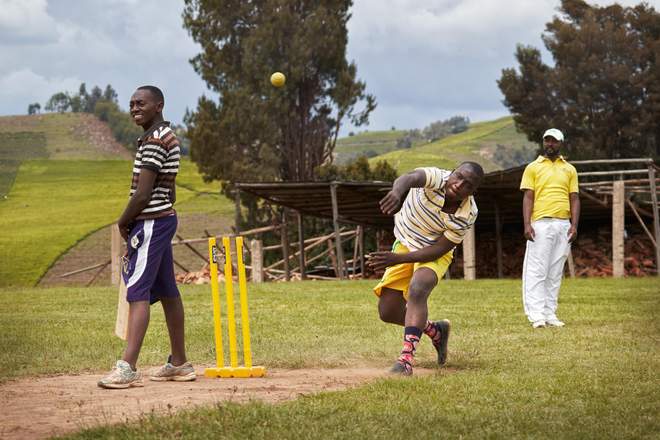 Yorkshire Tea is set to join forces with Cricket Builds Hope Charity and the Rwanda Cricket Association (RCA) in launching the initiative to make cricket coaching available to school children and young people on Gisovu’s four tea estates over the next three years.

According to Yorkshirepost.co.uk, the coaching program is scheduled to start next month in the remote Gisovu tea estate and focusing on a different estate each year.

The programme will culminate with a Tea Cup Tournament in 2021 at the Gahanga Cricket Stadium, the country’s first national cricket stadium which was officially opened by Rwandan President Paul Kagame in November 2017.

Yorkshire Tea’s head of tea, Ian Brabbin, said: “Rwanda is an incredibly important place to us and I’m delighted we’re now able to extend our project support to include a new recreational activity for young people in tea-growing communities.

“I was lucky enough to attend the opening week at the Gahanga Stadium in late 2017 where six amateur cricketers from our tea estates joined us for the inaugural cricket tournament.

“It was clear then how much potential cricket has as an activity on the estates we source from, and I can’t wait to see it develop over the coming years.”

Yorkshire Tea has cultivated a growing reputation in cricket since the firm began its association with the sport half-a-decade ago.

Sponsorship of the England cricket team gave Yorkshire Tea a rising national profile, although that deal came to an end in the autumn. The company’s directors decided to switch their focus more to grassroots cricket, building on an existing relationship with the Chance to Shine charity in the UK.

The new cricket programme will officially start on the Gisovu tea estate in February and a development officer will visit at least once a week to offer coaching to school pupils aged between nine and 18 as well as young estate staff from 18 to 25.

At least three teachers and three estate staff will be trained over the year and awarded formal RCA coaching certificates to ensure coaching continues.

Cricket Builds Hope’s project director, Geordie Morrison, said: “We couldn’t be happier to be working together to take cricket to some of Rwanda’s most rural and remote areas to inspire more young people and help the sport’s popularity grow even further.”

Cricket began in Rwanda in wake of the 1994 genocide as thousands of exiles returned from countries such as Uganda, Kenya and Tanzania where the sport is widely played.

In 1999, the Rwanda Cricket Association was founded, and four years later it became an Affiliate Member of the International Cricket Council. Cricket is now played in 43 schools, and there are 2,000 regular players in club games.

The women’s game has enjoyed particular successes, with the under-19 team beating regional heavyweights Kenya. There is hope that in 15 years, Rwanda will be competing in cricket’s showpiece World Cup tournament.