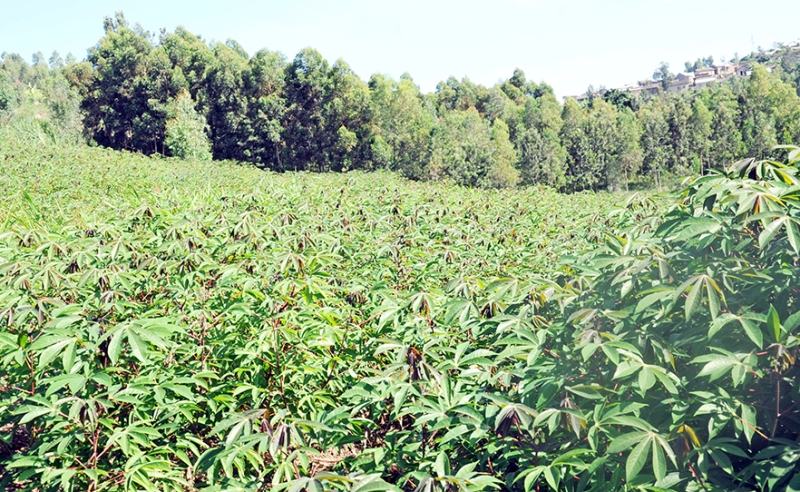 cassava plantation. RSB launched standards for cassava among others

Rwanda Standards Board (RSB) has launched an additional 293 product standards to improve locally made products ‘Made in Rwanda.

The new batch of Standards cuts across different sectors including; construction, food and processing, cosmetics and pharmaceutical products.

It is an addition to 2,162 previously developed product standards, which makes 2455 standards.

According to RSB new standards also aim at developing a continuous positive impact on economy, health and safety in the country.

In food and processing sector, Cassava Seed Standards have been developed and targets planting high quality seeds that is free from cassava mosaic and other diseases.

The standards of cassava for example regulate fertilizers to use, the type of soil and recommends seeds that are free from mosaic and other cassava diseases.

It provides that, no seeds should be used in Rwandan soil, except those from Rwanda Agriculture Board (RAB).

The cassava Seed Standards aims at producing quality and quantity that would pose competitiveness of cassava products on the local and international market.

Suleiman Mugisha, a cassava farmer in Rulindo district told KT Press “cassava seeds standards will help us in getting right seeds to plant. In previous seasons we have been facing losses because of poor quality seeds.”

According to the RSB Director General Raymond Murenzi, “These new standards come to improve quality of what is used by people and produced in the country, but other countries in the region can also use them” Murenzi said.