Home NewsInternational Once A Refugee Himself, Kagame Explains Why Reconciliation was Inevitable
International

Once A Refugee Himself, Kagame Explains Why Reconciliation was Inevitable 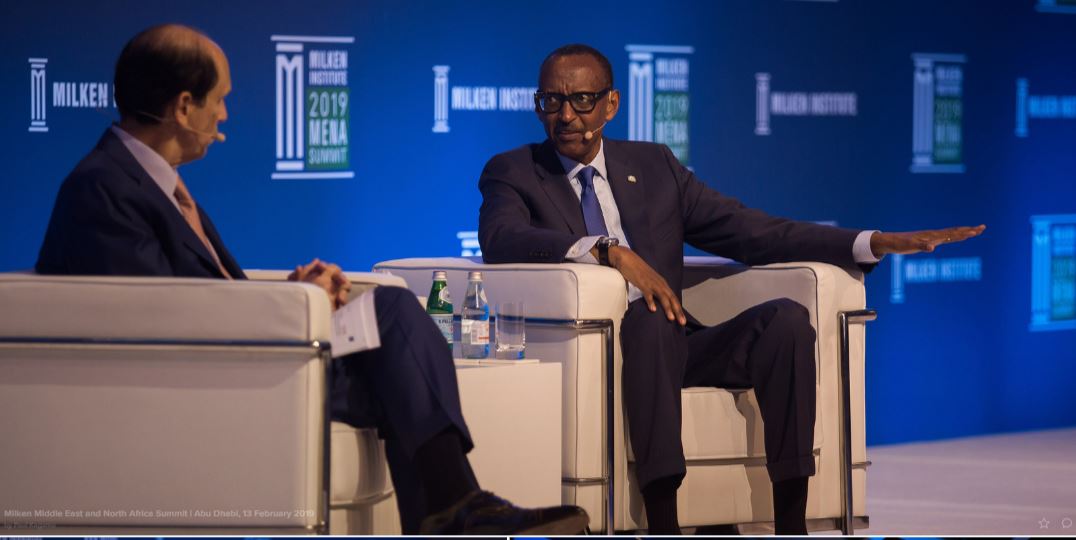 Rwanda’s President Paul Kagame has said that one of the factors that has pushed reconciliation drive among Rwandans was having passed through hardships including living refugee life.

“I grew up in a refugee camp where I spent over 20 years like many other Rwandans. We grew up with hardships, and questions and feelings about how to resolve it,” Kagame said on Wednesday, February 13, during a one on one conversation with Milken Institute Chairperson Mike Milken in Abu Dhabi.

The Milken Institute is an independent economic think tank based in Santa Monica, California. It publishes research and hosts conferences that apply market-based principles and financial innovations to social issues in the US and internationally.

During the post 1994 genocide against Tutsi in Rwanda, the world watched in disbelief that the country would never heal again.

But Kagame, speaking during the interview, said that the approach was simple for Rwandans to reconcile.

“If you have struggled, fought wars of liberation, the question you are faced with is what do you do to create a situation you wanted all along that can give everyone a good life,” Kagame said.

The President, who led Rwanda’s liberation war that stopped the Genocide, shared a story of how, at some point, was approached by Genocide survivors asking several question in relation to reconciliation policies.

“A survivor asked me why is it that in trying to rebuild the country, you have burdened us the victims with the solution to this huge problem.

My answer was between you the victim and the perpetrator there is only one person I can ask and it’s you. They have nothing to give. But I can ask you to offer forgiveness, to try to overcome the justified hard feelings so we can move forward and build a country,” he said.