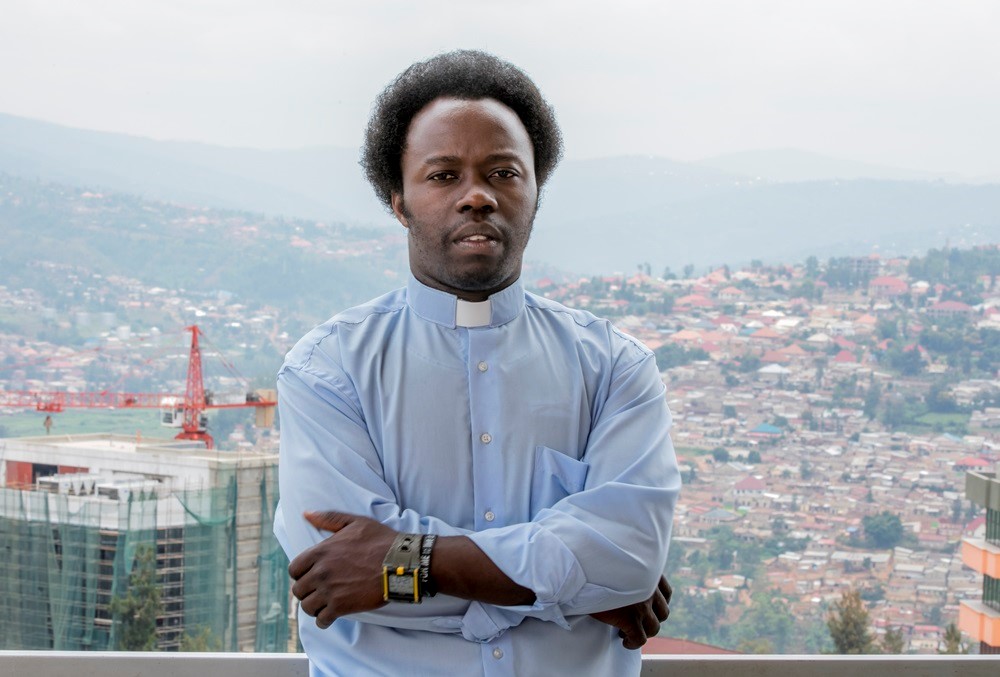 Catholic devoted father turned hip hop star François Jean Uwimana reveals that if given chance to participate in beer competition dubbed Primus Guma Guma, he would take the proposal with both hands.

Primus Guma Guma is a beer sponsored competition which is sometimes shunned by gospel musicians but it’s not a case to Nyundo dioceses young father Uwimana who spreads the word of God through rap music.

While speaking to KT Press recently, Father Uwimana cleared the air that, he doesn’t have any problem participating in a beer sponsored concert or competition.

“If nominated in Primus Guma Guma and I have time surely I can’t hesitate in participating because I know my song’s message will be easily spread to youth because they like such competitions,” says Father Uwimana

He added, “People shouldn’t be judged over their talents or desires, being a gospel artist doesn’t exclude you from participating in such competition unless one is not interested but not saying it’s against God”

Primus Guma Guma superstar competition is a dream of every artist because musicians get vast image promotion as well as money since our industry is still young.

But over the years not a single gospel musician has ever participated in the competition and it’s not that they don’t want it but they fear to be chased from their respective churches.

“A competition like Primus Guma Guma super star is good for the development and wide promotion of artists which we all need including us making gospel music but the problem is our church leaders limit us from participating,” Gospel songstress Aline Gahongayire once told tabloids.

“I had just finished preaching children and when I moved out of the church, I found them busy singing Kanda Amazi song and in my mind I knew something needs to be done hence doing hip hop,” he said.

Although he started hip hop without any support from his church especially people he worked with but slowly by slowly they got to understand him as well as supporting him musically.

He now runs a Youtube channel which was founded by his fellow catholic fathers from abroad especially from Canada in order to spread his music across the world.

He has a new song dubbed Nyirigira and Araturinda which talks about his life as a karate student with dreams of becoming a hip hop artist.