RRA Out to Shine at Africa Women Club Champs in Cairo 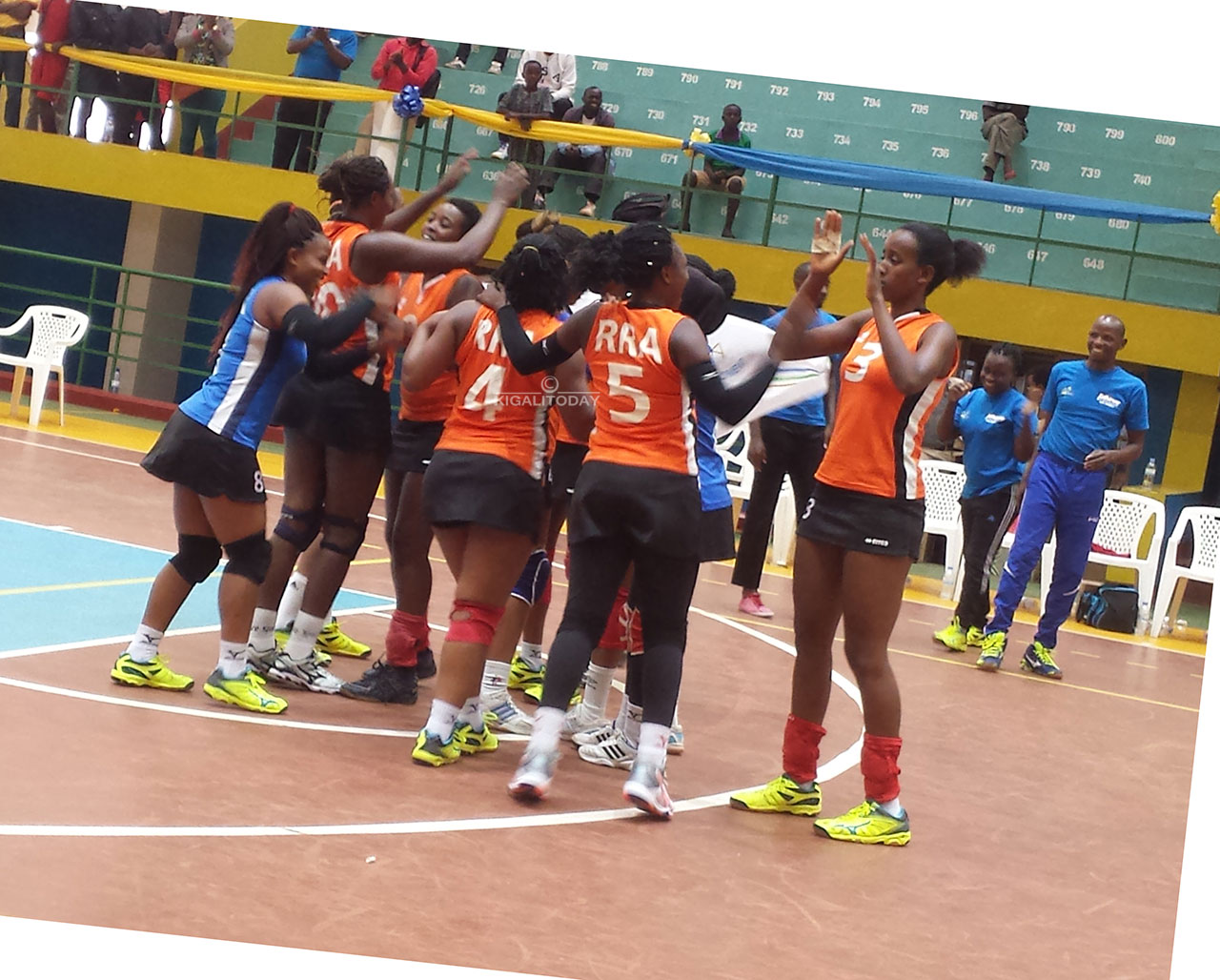 Rwanda Revenue Authority (RRA) women’s volleyball club will be banking on the experience of their local players to reclaim Rwanda’s lost glory in the continental scene, when the championship serves off on March 16 through to March 26 in the Egyptian captain – Cairo.

The tax collectors who have been holding intensive training heads to Cairo this afternoon under the tutelage of Christophe Mudahinyuka following the sacking of former Kenyan head coach Dorcus Ndasaba and her assistant Jean de Dieu Masumbuko.

Mudahinyuka said he was optimistic that the team would perform better considering their level of preparation for the competition.

“I have a good squad– with experienced and young players whom I know will be key in our quest to win this title. Players have been in this competition before and they know what it takes to be on this level. It won’t be an easy task but we will take each game as it comes,” Mudahinyuka said.

The tax collectors will be looking to make one step better than last year when they finished in fifth position after beating Cameroonian side Bafia in straight sets as giants Al Ahly, of Egypt, beat Tunisia’s Carthage to lift the title.

Meanwhile, two-time reigning champions Gisagara will represent the country in the 2019 Africa Men’s Club Championships late this month, also to be held in Egypt.

Local heavyweights, RRA, were established in 2008 and have since won seven league titles, including the last seven in a row, which is a true statement of their dominance.