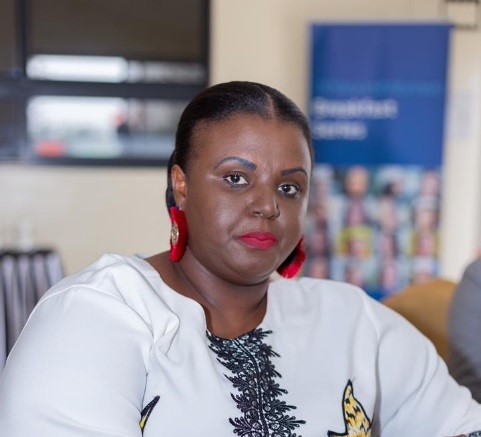 The International Society on Thrombosis and Haemostasis (ISTH) has named a Rwandan, Christine Ashimwe as the inaugural patient representative of the World Thrombosis Day (WTD) Steering Committee.

In 2016, Ashimwe formed Rwanda Clot Awareness Network (RCAN) – an organization aimed at supporting clot survivors, advocating and creating awareness about the disease that slowly continues to claim a life at a time in Rwanda.

Starting with ten members, the organization has 100 registered members – all clot survivors and patients who are supported by different organizations and pharmaceuticals in Kigali.

Ashimwe was yesterday recognized for her advocacy efforts in creating awareness about the clot, one of the silent non-communicable killer diseases in Rwanda

The appointment follows her reception of the WTD 2018 Ambassador of the Year Award from the ISTH in October 2018. She is also one of the three recipients of 2019 Rwandan Women of Courage Award by the United States Embassy in Rwanda April 2, 2019.

“Christine Ashimwe is not only a thrombosis survivor, but also a tireless advocate and change maker for thrombosis awareness. We are privileged to welcome her knowledge and insights to the Steering Committee and look forward to working closely with her to boost patient involvement around the world,” said Beverley Hunt, M.D., WTD Steering Committee Chair.

Ashimwe will serve a two-year term on the Steering Committee, with the option for an additional two-year renewal. She holds a bachelor’s degree in life sciences from Cadi Ayyad University in Morocco and a postgraduate degree in gender and development from the University of Rwanda Center for Gender Studies.

Ashimwe is currently pursuing a master’s degree in global health delivery at the University of Global Health Equity in Rwanda. Ashimwe’s particular area of interest is thrombosis education and advocacy for pregnant and postpartum women.

“I have been incredibly passionate about thrombosis awareness ever since I experienced my first blood clot in December 2015,” Ashimwe said. “As a member of the World Thrombosis Day Steering Committee, I look forward to serving as an ambassador and spokesperson on behalf of thrombosis patients and survivors across the world.”

Blood clot is a disease that affects the functioning heart, commonly attacks women especially immediately and after giving birth. However, men also can suffer from the disease.

The clot has three main stages:-starting from the legs, moving to the waist and the lungs- causing heart failure.

Symptoms are: breath failure, dry cough, swelling in your foot, ankle, or leg, usually on one side that can result into a mini or major stroke at the later stages of the disease incubating attacks in the body.

“Rich or poor, blood clot can attack anyone. Few Rwandans know about it and many call it witchcraft. However, one can tell they have the disease by seeing symptoms, which are commonly mistaken for other diseases,” says Dr. Kenneth Ruzindana, a gynecology obstetrician.

Its drugs include the likes of Warfarin and Xarelto- which are costly, available in select pharmacies and covered by a private insurance medical plan, and rarely undertaken by the regular health insurance (mutuelle de sante) unless there is a medical transfer done.

The disease requires that one take a pill per day. For example a dose of 14 pills of xarelto drugs cost Rwf35, 000, which means each month one can spend up to Rwf75, 000 on pills alone, minus the required CT scans which also cost Rwf120, 000.

Kwibuka 25: In Rwanda Humanity was Under Attack – Gen. Karamba