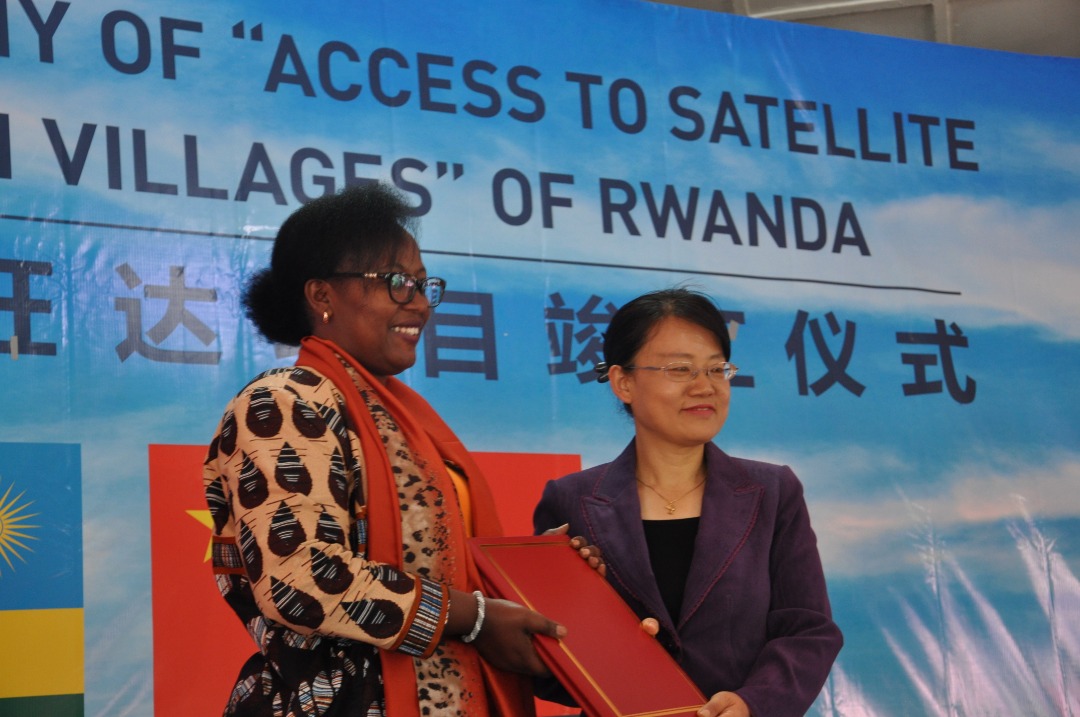 On May 24, televisions were showcased to Ministry of Local Government (MINALOC) in Base sector, Rulindo district in Northern Province.

Television penetration program aims at enabling African families in rural areas to have access to the digital signal with high-quality images and rich TV programs and news.

The program targets rural people without access to electricity and Television.

The targeted programs for beneficiaries include news, sports, entertainment, music, cartoon, education, and documentary, among others.

With installation of over 900 television sets across 30 districts in the country, beneficiaries are expected to be gathering at public places to watch news, government programs, sports, among others.

Over 6000 decoders were also donated to individuals with Televisions and electricity, but will be subscribing for the services from Startimes company- a Chinese electronics and Media Company that provides digital terrestrial television and satellite television services.

Xing Yuchum, a political advisor at the Chinese Embassy in Rwanda said that “Startimes will follow this program(public television) to always give technical services to these beneficiaries including trainings on how to operate TV sets in their public places. I think this will help to share information with rural people in Rwanda, no matter the distance,” he said.

“The world is now open to rural people, you will be able to watch local and international news, see various cultures and learn new things that exist in the country,” Yuchum added.

For Rwanda only, public television penetration has been installed at a tune of over$6Million.

According to Assumputa Ingabire, Permanent Secretary in the Ministry of Local Government, “the government of Rwanda initiated TV penetration program in 2008, with this additional support residents will get increased access to information, education and communication. This program will also increase household access to television programs.”

“This is an opportunity for us to extend congratulations to all the efforts that have made it to the success since last year; we shall always take care of these donations to make sure they are in good shape,” Ingabire said.

She challenged beneficiaries to take care of the digital equipment given.

“You should take care of this service that will keep on updating you on daily government programs, but remember to watch television after your daily work.”

According to Ingabire, Television penetration rate stands at 18% across the country.

Across Africa, China targets extending public Television penetration to about 10,000 villages, which will help in digitization of countries and promote China-Africa cooperation.

Joseph Nziza, a resident of Base sector sad that “this is a chance to learn new modern methods of farming mostly agriculture programs that are discussed on Rwanda Television.”

“I didn’t have television, but I have to use this chance to watch news and bring my children for entertainment after our work, mostly in the evening,”Nziza said.