The arrival of five critically endangered eastern black rhinos in Rwanda on Monday morning will mark a major milestone in the country’s efforts to fully restore the ‘Big 5’ in Akagera National Park and score yet another conservation goal for the East African country.

By press time, the five rhinoceros sourced from different zoos in the countries of Czech Republic, Denmark and United Kingdom, were still airborne and expected to touch down at Kigali International Airport at exactly 2:45am before being driven to the Eastern Province based-national park.

They were airlifted from Dvur Kralove zoo in the Czech Republic where they had been relocated before being airlifted to Rwanda in an operation deemed as one of the biggest and laborious transportation of rhinos, given their size and vigour. 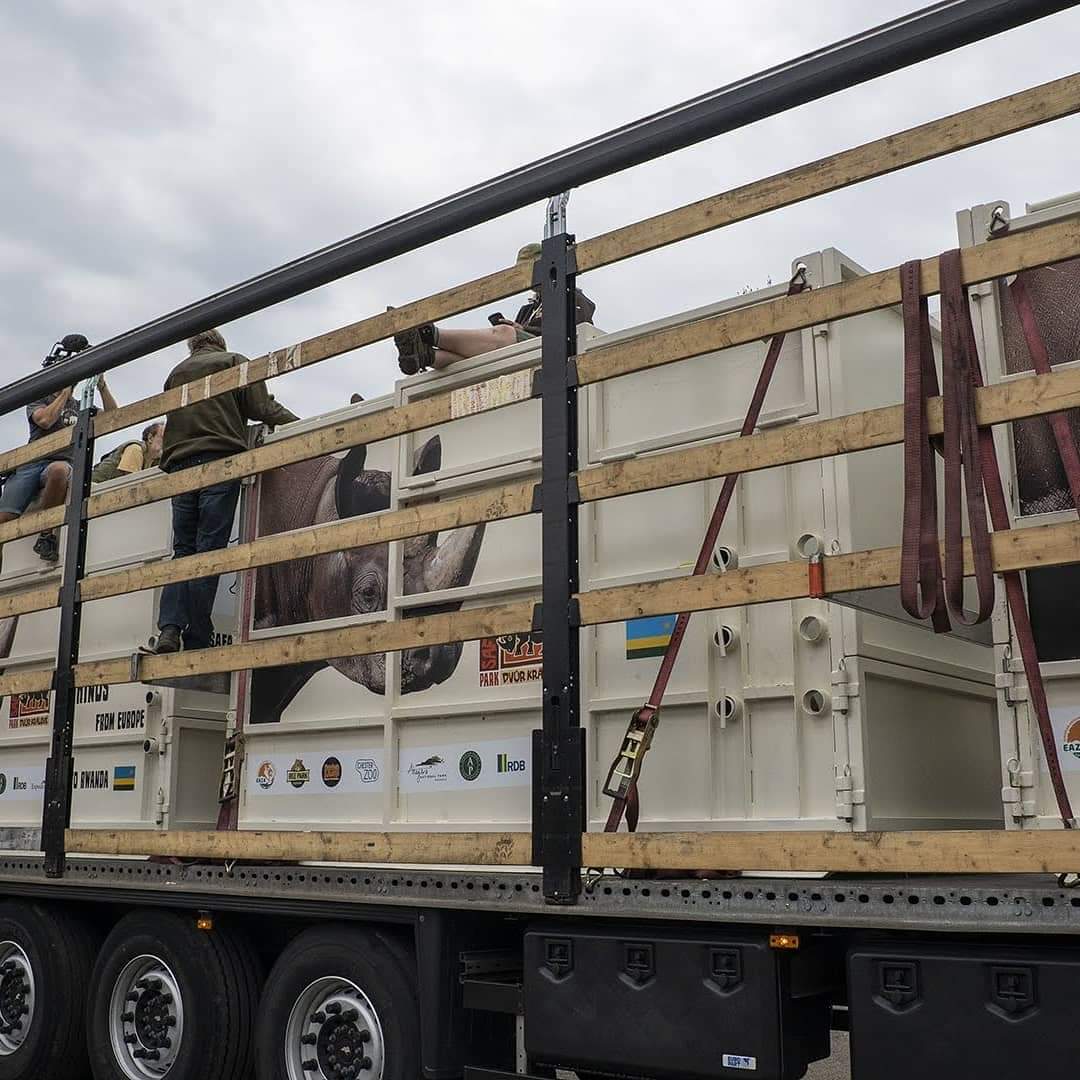 The Chief Executive Officer (CEO) of Rwanda Development Board (RBD), Clare Akamanzi told KT Press on Sunday that the relocation of the endangered rhinos to Rwanda is a big milestone for the country’s conservation efforts and effectively places Akagera National Park among the most attractive ones in the region.

The park suffered immeasurable impact as a result of war and the 1994 Genocide against the Tutsi and was left depleted with the Big 5 animals namely the lions, buffaloes, elephants, leopards and rhinos affected. Rhinos and Lions had been wiped out.

The government embarked on efforts to conserve and restock the park, to make it a key tourist attraction, with the arrival of the latest batch of rhinos considered a major turning point for the park which in recent years has seen the population of the big 5 grow tremendously. 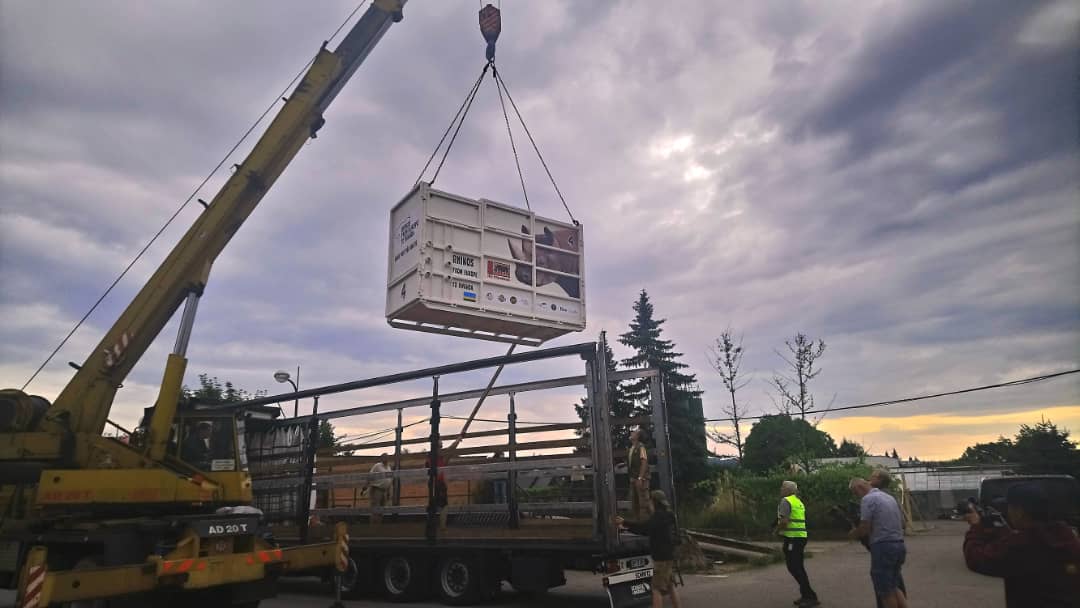 “In Akagera, we have restocked Rhinos and lions because those two had disappeared despite having hosted them in the past. We now have all the big 5, Lions, leopards, elephants, buffalo’s and Rhinos,” Akamanzi told KT Press.

“We will receive 5 East Africa black Rhinos tonight at midnight which will be taken to Akagera in the wee hours of the morning, taking the total number of rhinos in Akagera to 25. These are additional ones to the 20 which are already in the park,”

“We are considering introducing white Rhinos as well, because they are convenient for tourism- they feed in the plains like cows, which makes it easier to view as we have lots of grass within the park,” Akamanzi added.

According to Akamanzi, Black Rhinos feed off tree branches, which makes them not so visible to tourists since they hide trees while white Rhinos on the other inhabit in more open plains and they are grazers which feed on savannah grass.

“Eastern Black Rhinos are browsers. They feed on leaves and shrubs and they seek to live in more thickets and forests, which requires quite some hard work for tourists to see them,” the RDB head explained, adding that discussions are ongoing with conservationists to relocate the equally endangered white rhinos to Rwanda.

While both Black and white Rhinos are rare, Akamanzi said that it is the black ones that are critically endangered as there are very few remaining – about 5,000 compared to 20,000 white rhinos but conservationists consider both species endangered.

She said that Rwanda has proved that it can conserve and ensure wildlife safely thrives in the ecosystem, making the country a preferred destination by conservationists for endangered wild animals.

The RDB CEO said other national parks are being considered for relocations apart from Akagera.

“In addition to Akagera, we are also reviewing Nyungwe and Gishwati parks to determine restocking needs. We know for example, that Gishwati used to host chimpanzees and Nyungwe elephants but we need to assess practical realities of today and what’s feasible,” Akamanzi told KT Press.

The restocking of the big 5 in Akagera National Park, which covers 433 square miles, gives the park a competitive edge against its much bigger counterparts in the region which boast of the big 5 animals, known to attract big numbers of tourists.

Akamanzi said that though Akagera National Park may not be a as big in size as the other regional parks, it now offers the same composition of the big 5 as the regional parks and the distance from the airport to Akagera and other parks makes it a more competitive choice for tourists who want variety without traveling longer distances.

“We can confidently say that Akagera’s composition in terms of hosting the big 5 is the same. Moreover, what we offer in Rwanda is the ability to see different wildlife in one country. Chimpanzees in Nyungwe, mountain gorillas in Volcanoes National Park and the big 5 in Akagera,”

“Moreover the distance between these parks from Kigali is between 2-4 hours making practically convenient for tourists,” Akamanzi said.

The RDB head noted that in terms of safety, the government has worked around the clock to ensure safety for tourists in the parks, animals within the parks and human communities living around the parks. Rhinos are often targeted by poachers for their lucrative horn which is highly demanded on the black market.

“Specifically for Akagera, we built an electric fence around the park to avoid animals crossing in the communities as well as poachers entering the park. We also have well trained enforcement staff who safeguard the park,”

“Most importantly, we continuously educate populations on the benefits of conservation, so they become willing partners of conservation. We also offer 10 per cent of revenues to the communities so there is no need for poaching when they get real legal benefits,” she said.

Akamanzi also revealed that the number of lions in the park has since increased to 30 since restocking in June 2015. Seven lions were introduced to the park, including 5 females and two males.

“The population grows fast. For other animals, we estimate elephants to be in their hundreds and buffaloes in thousands and we are researching how many leopards we have but we see a good number too,” she said.

The relocation of the five rhinos from Europe is said to be one of the biggest and most difficult ones, with each of the animals weighing well above 1, 100kgs and known to react with massive rage when rattled. Officials said the journey is a cautious one, involving regular monitoring and tranquilization of the rhinos to avoid any incidents on the ground and in air.

The first photos of the relocation exercise seen by KT Press show the rhinos being fitted in custom-made wooden boxes at Dvur Kralove zoo before being moved in trucks to the airport where they are loaded in a cargo plane.

Pete Morkel, a renowned Zimbabwean International veterinarian with a track record in rhino relocations told Associated Press that the exercise is a rigorous one which requires proper planning and caution given the size of the animals and the long journey they had to make.

Upon arrival, the rhinos will be driven to the park which is 106.1km from Kigali, where they will be taken through an adaptation process before being fully released into the wild. 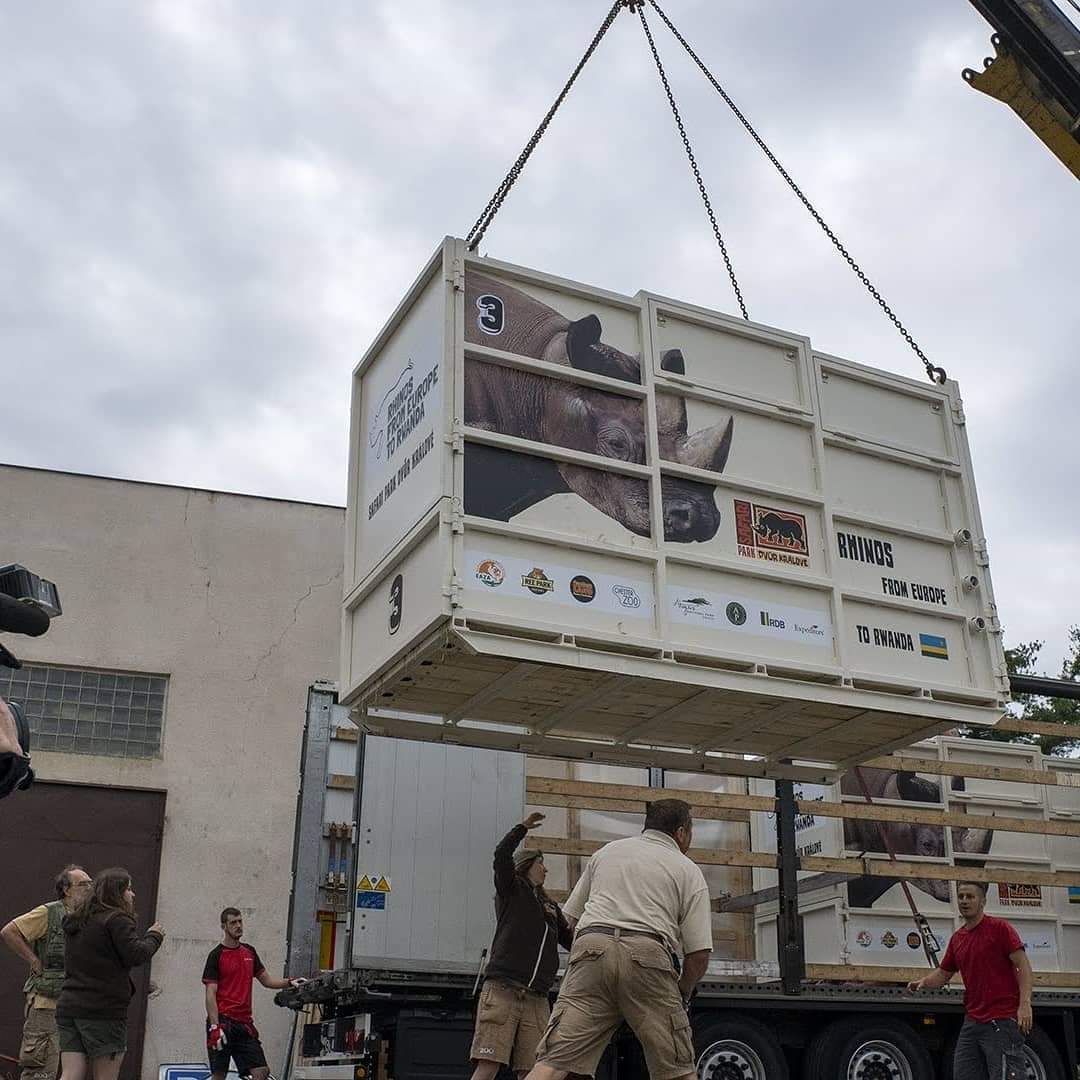