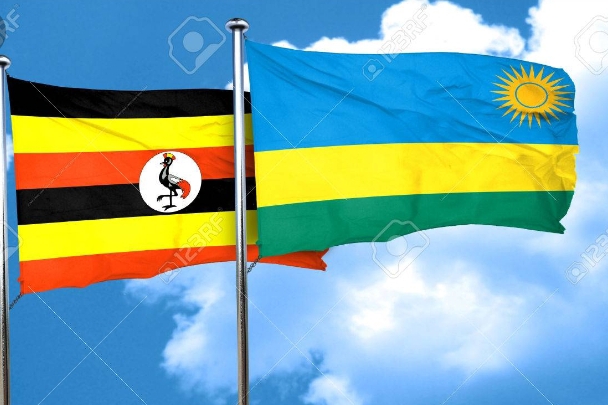 On Saturday, June 8, 2019, the Ugandan journalist Angelo Izama wrote in the Daily Monitor an article titled “How clashes of Egos drag Uganda and Rwanda to conflict.”

The article is part of a series of publications in Uganda’s newspapers that illustrate the misrepresentation of the current dispute between the two countries by the Ugandan intellectual elites and their constant refusal to tackle the real causes of the conflict.

Accordingly, the facts have become secondary and historical manipulations – as well as fallacious reasoning tending to establish a moral equivalence between the parties in conflict – are made to flourish.

First of all, the idea that the current conflict can be considered as an ego war must be rejected because it is based only on perceptions and not on proven facts.

The facts are stubborn. In 2001, Winnie Byanyima accused President Museveni of supporting elements of the FDLR in their belligerent project against Rwanda.

Uganda has more than once facilitated the flight of Rwandan military officers wanted by courts in their country. The Ugandan government has not only sabotaged efforts to build a railway linking Mombassa to Kigali that would have opened up Rwanda and reduced the cost of imports, but also it attacked Rwandan exporters who were hauling their goods (Milk or mining products) through Uganda. These are part of actions that have resulted in economic losses for Rwanda.

It is worth repeating that since 1998, the Ugandan government has intermittently led an indirect military war as well as an economic war against Rwanda.

Far from recognizing these facts and integrating them into the search for a solution, some Ugandan intellectuals are trying as best as they can to justify the hostile actions of their government against Rwandan nationals in Uganda.

Unsurprisingly, Mr. Izama argues that the Ugandan security services were infiltrated by Rwandan agents at a time when cooperation between the two countries had resumed.

But as Andrew Mwenda points out in his article “Kayihura, Kagame, Museveni”, in this arrangement between the two countries, Rwanda handed over 26 suspects to the Ugandan authorities, whereas Uganda handed over only 9. If cooperation has led to the infiltration of Ugandan security services, why does one feel that it is Uganda that has benefited the most?

Can we use the same argument to say that the reason such conditions prevailed was because Ugandan intelligence had infiltrated their Rwandan counterparts? If so were Ugandans similarly harassed, arrested or tortured in Rwanda?

Why are Rwandan nationals detained and tortured by the CMI not brought before the courts? The only explanation for this is that Ugandan elites are involved in fallacious reasoning that is otherwise known by its technical term as propaganda.

The second point on which Angelo Izama focuses is the assertion that political systems and ideologies that characterize the two countries, and which would explain the tensions between them, differ on tolerance; it’s the claim that the NRM has a more integrational policy that characterizes its governance.

Again the erroneous reasoning fails to mention the facts: Rwanda is the only country where as many genocidaires live in peace with their victims, a country that has integrated a large number of its adversaries – the ex-FAR – into its defense forces. Rwanda has repatriated thousands of FDLR combatants as well as their families who are now living in the country peacefully and participating in its development.

The Ugandan government cannot claim more openness or tolerance as it invokes the right of pursuit in its war against Joseph Kony or the ADF, for example.

And, in any case, at no time did Rwanda undertake to support Joseph Kony or the ADF in the name of a political vision that she would try to impose on her neighbor.

The Rwandan president has never met, either intentionally or accidentally, emissaries of Joseph Kony or those of the ADF in this warped logic of imposition.

And if President Kagame ever came to do it, he would not invoke the right to choose friends as a justification meant to silence informal and official protests from a neighbor and an ally.

Consequently, the current conflict is not an ego war, but a tutelage project in which the Ugandan government and Museveni interfere in the internal affairs of a sovereign country where they intend to impose a leadership more friendly to their own interests.

This unmitigated pursuit seems to supersede all other considerations, such as the well-being of the people and good neighborliness. Any reasonable person would conclude that this reading is evident in each of their actions since the clashes in Kisangani.

It’s also apparently in the condescending attitude that Mr. Izama brings to his analysis of the problem between the two countries where he thinks Uganda – and Museveni in particular – is justified to seek to impose his NRA vision in a sovereign state.