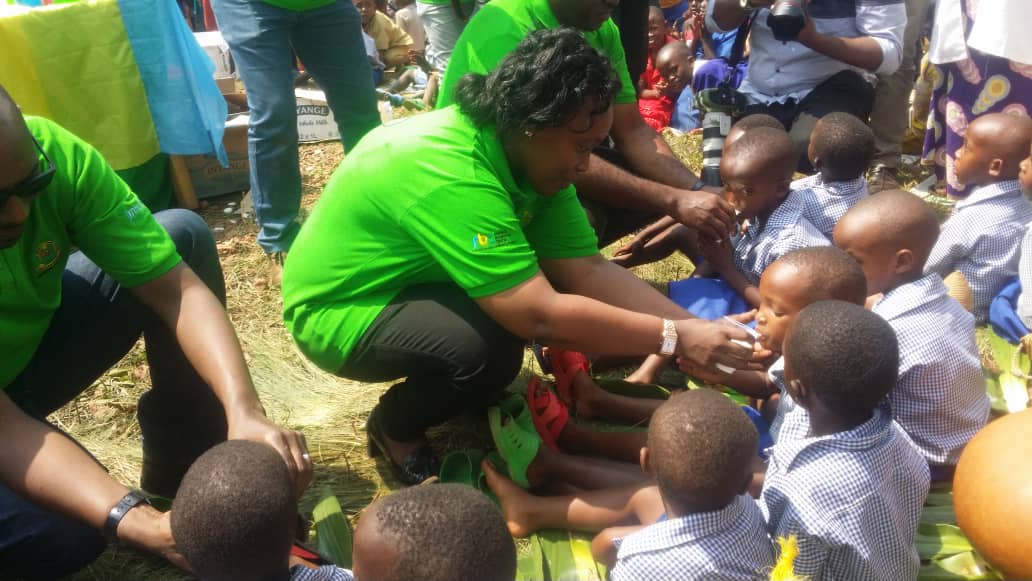 Imbuto foundation- a philanthropy organization championed by Rwanda’s First Lady Mrs. Jeannette Kagame has resumed the campaign to sensitize communities across the country to adopt health behavior that will improve their wellbeing.

It also focuses on Early Childhood Development (ECD) by addressing various health related issues such as poor diet for children. 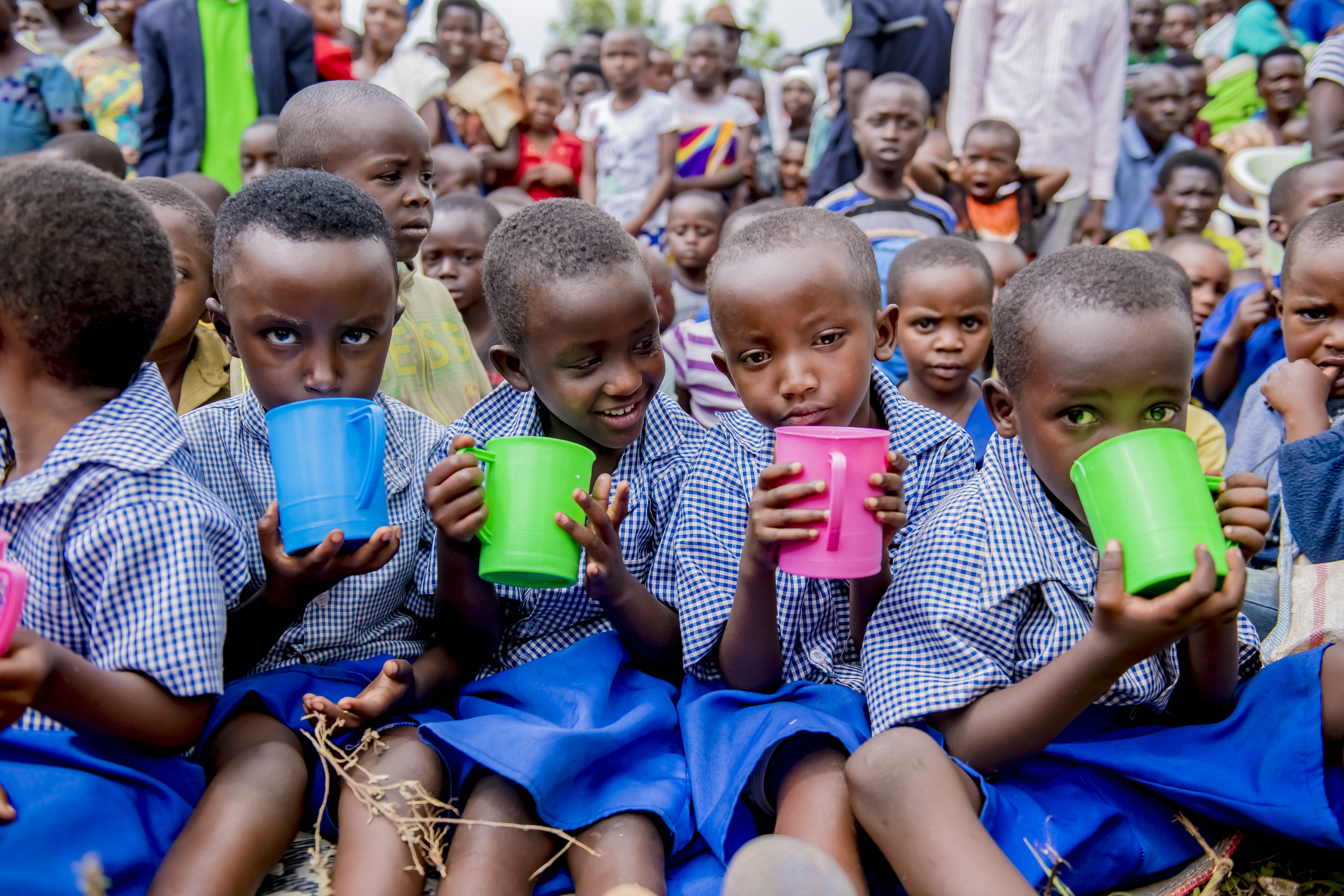 During the Baho Neza Campaign in Gisagara District, children were provided with milk to promote nutritional balance.

On Thursday 27, the campaign resumed in Gisagara district, Southern province with inauguration of 4 Health Posts worth Rwf76 Million  in various sectors including, Mugombwa. 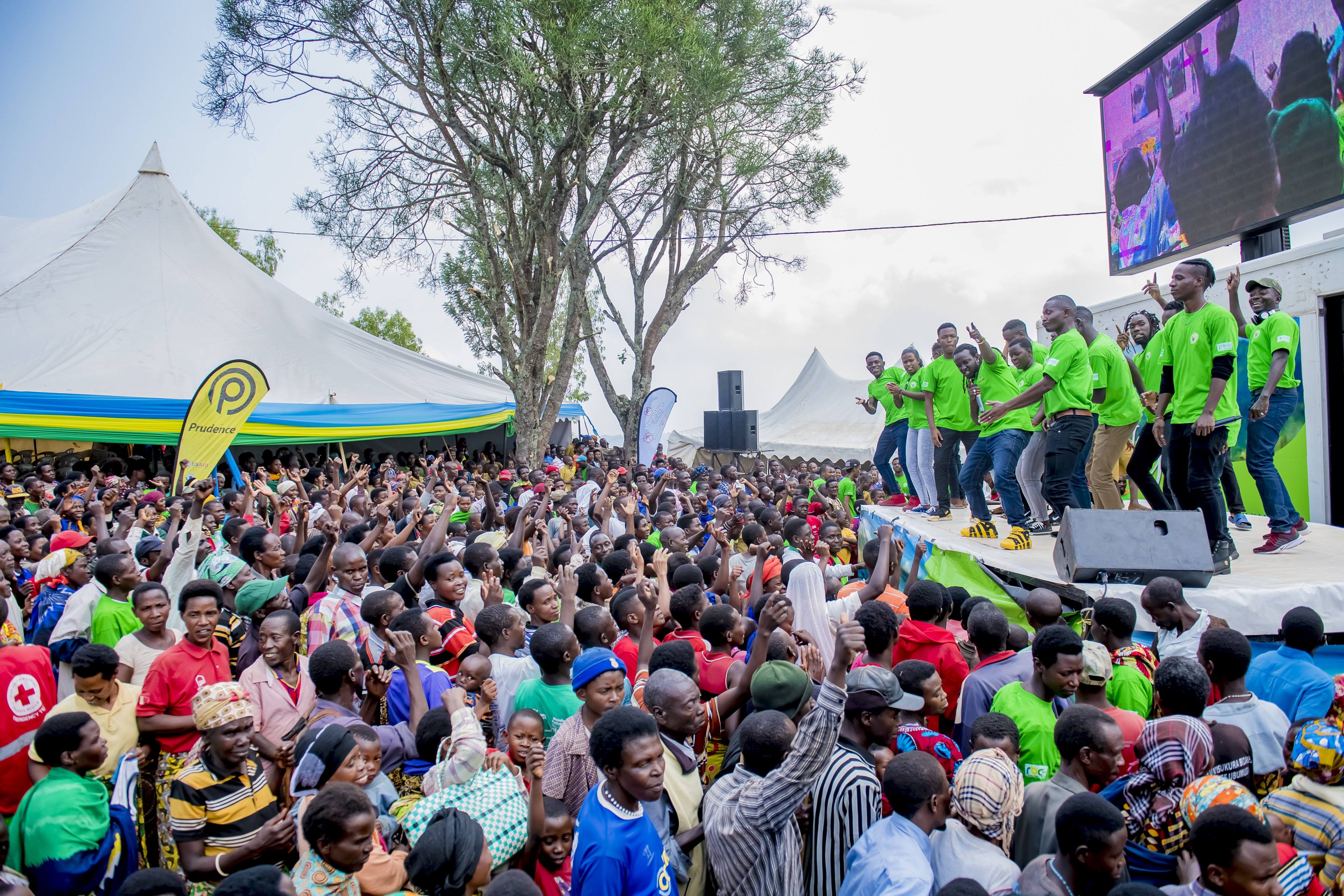 Under ‘Baho Neza Integrated Health Campaign’, so far, 130 Health posts worth over Rwf2.4 billion have been established in several parts of the country. 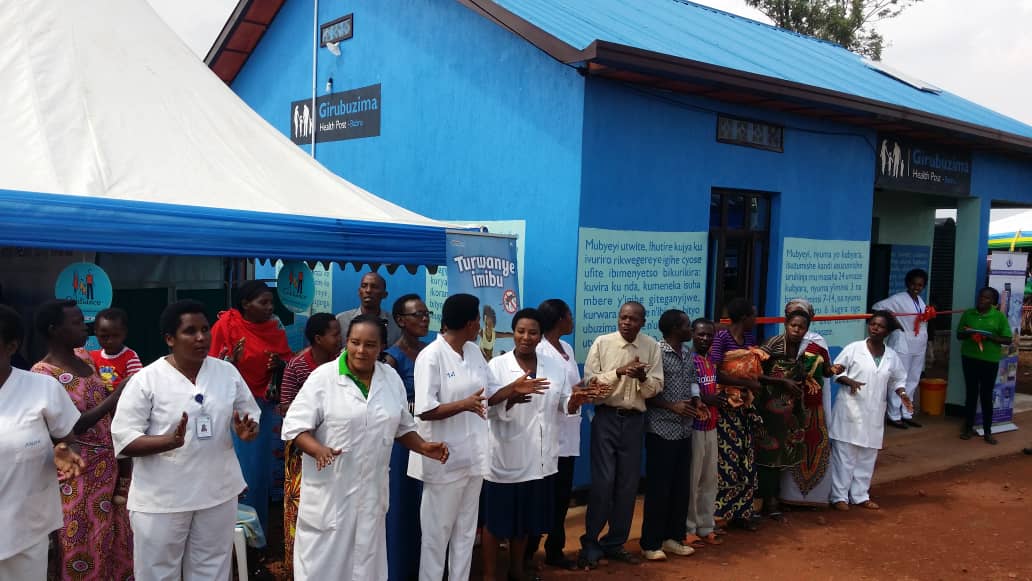 “We shall reach out to all corners of the country, sensitizing parents on fighting early pregnancy issues among other relevant health messages. Parents need to know that giving birth to a child should be planned,” Umutesi said.

The Ministry of Health in collaboration with Imbuto Foundation and Society for Family Health (Sfh) Rwanda organization targets construction of about 1000 Health Posts by 2024.

“The Health posts will help to reduce the walking distance to the health post,” Dr. Diane Gashumba, Ministry of Health said.

“The target is to bring the walking distance to 30 minutes from an hour on average.”

The three yearlong campaign will be implemented in phases; each year will be divided in two phases lasting for six months.