Mrs Kagame said that DRC and Rwanda have profound cultural and linguistic bonds that she finds it not bad, if Lingala joined the four existing official languages of Rwanda.

Yesterday, Mrs Jeannette Kagame inserted a Lingala sentence in the middle of her French speech while hosting Denise Nyakeru Tshisekedi – her counterpart of Democratic Republic of Congo (DRC) – a francophone country on a gala dinner.

The sentence she made was “Nasepeli Mingi Penza” means “I am really happy”.

The First Lady was never heard before, at least in the public while speaking Lingala.

“As previous speakers reiterated, there is a natural bond between Rwanda and DRC,” the First Lady said.

Mrs Kagame said that beyond the challenges that the countries went through in their common history, there has always been constant exchange and sharing between the cohesive communities of the neighboring countries.

“In fact I can tell you that our closeness is such that, listening to some of my compatriots chatting, I sometimes wonder if  Lingala shouldn’t be added to Rwanda’s four official languages”  said Mrs Kagame.

Despite being a short one, the First Lady said that her Lingala sentence Nasepeli Mingi Penza, is a symbol of an indisputable relationship between both countries.

“It’s a relationship that was shaped over time and which we want to reinforce to find the dynamism and the depth it merits,” she said. 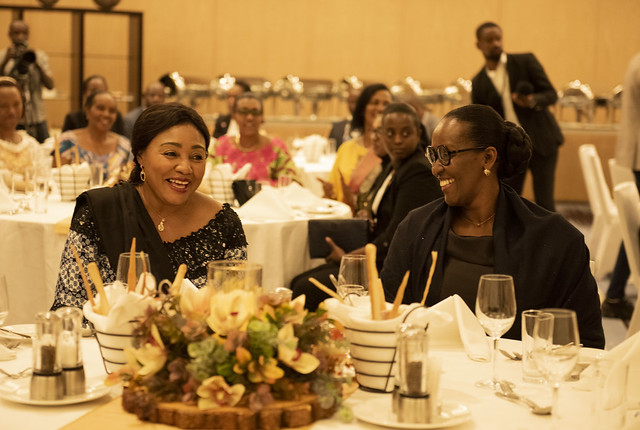 Her Congolese counterpart already founded an organization, too, and it is called “Plus Forte” loosely translated as “very strong’ with similar goals as Imbuto Foundation.

“Be it social protection, sensitization on maternal health or early pregnancy, fight against gender or domestic based violence, they are major problems to which we have been striving to bring solutions over the years, so as to shape more positively the future and the wellbeing of our society,” she said.

From this background, Mrs Kagame told Mrs Tshisekedi that the “door of Imbuto Foundation is and will remain open for her for exchange of ideas and experience relevant to these fields of their intervention.”

This morning, Mrs Tshisekedi witnessed unprecedented achievement in the area of supporting gender based violence, at the Isange One Stop Centre, an initiative that was also championed by First Lady Jeannette Kagame. 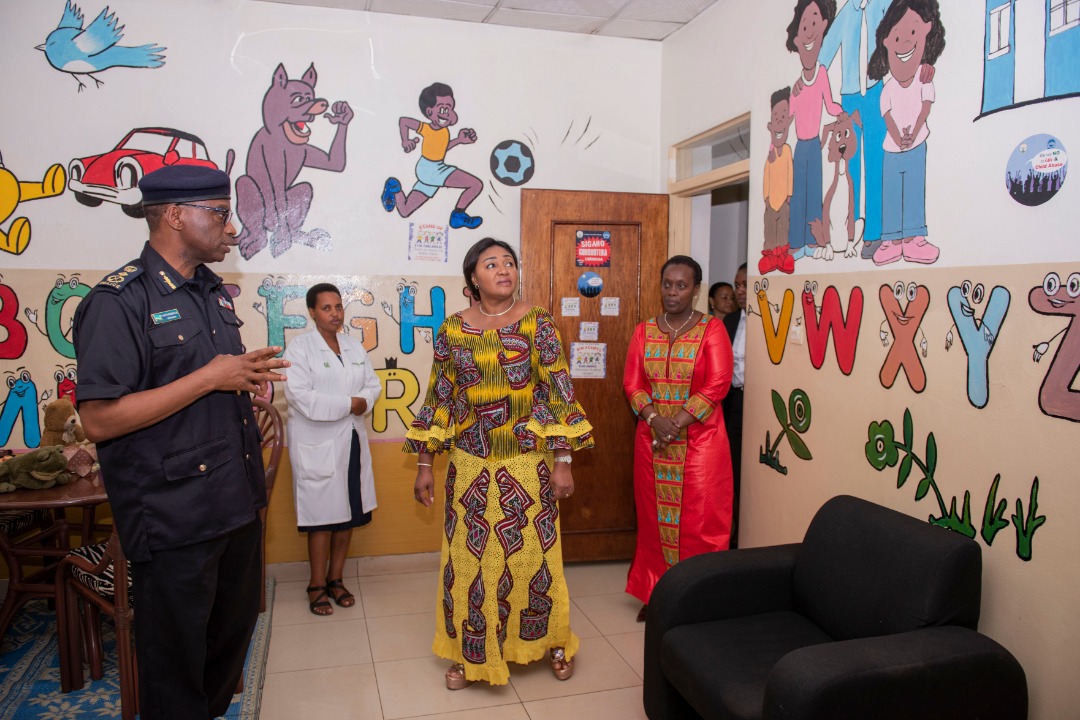 Located in Kacyiru – Gasabo district – Kigali in the premises of Kacyiru hospital, Isange One Stop Centre was launched in 2009 to provide timely affordable comprehensive support to victims of GBV and child abuse.

“I am glad to visit this place where every woman, girl and child can find solace after undergoing violence of any kind. I admire this organization and the commitment of each and everyone here,” wrote Mrs Tshisekedi in the guests’ book while also pledging her support to the Isange One Stop Centre. 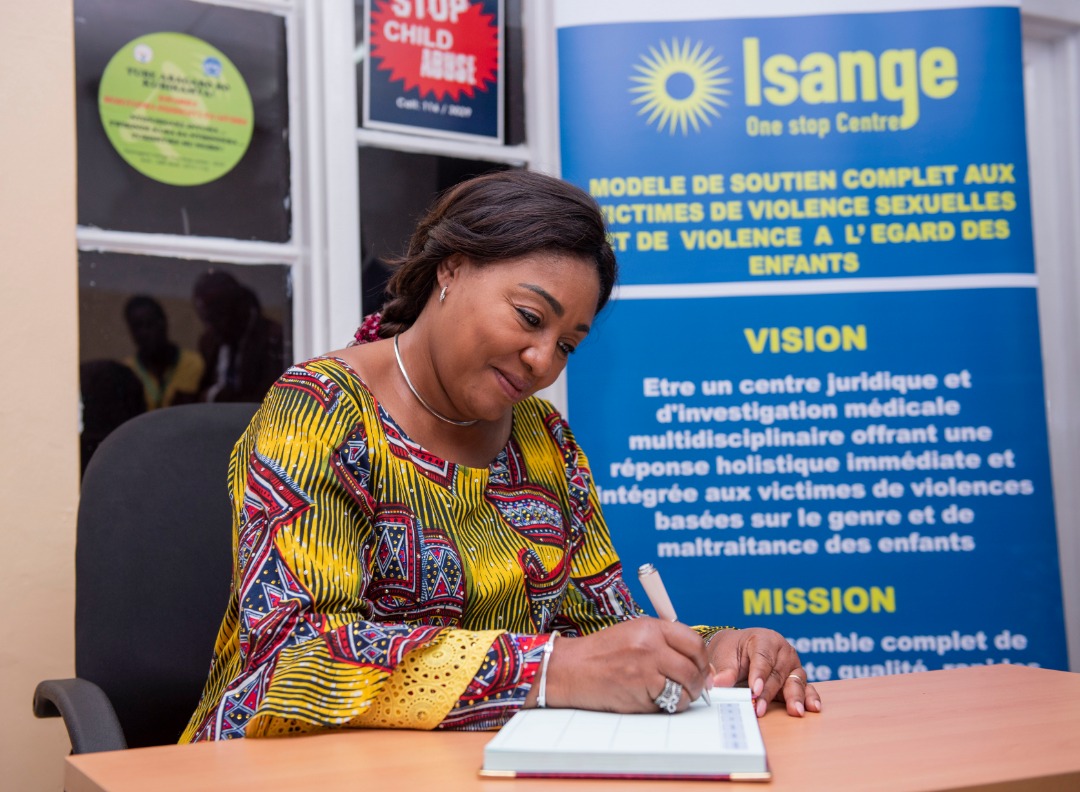