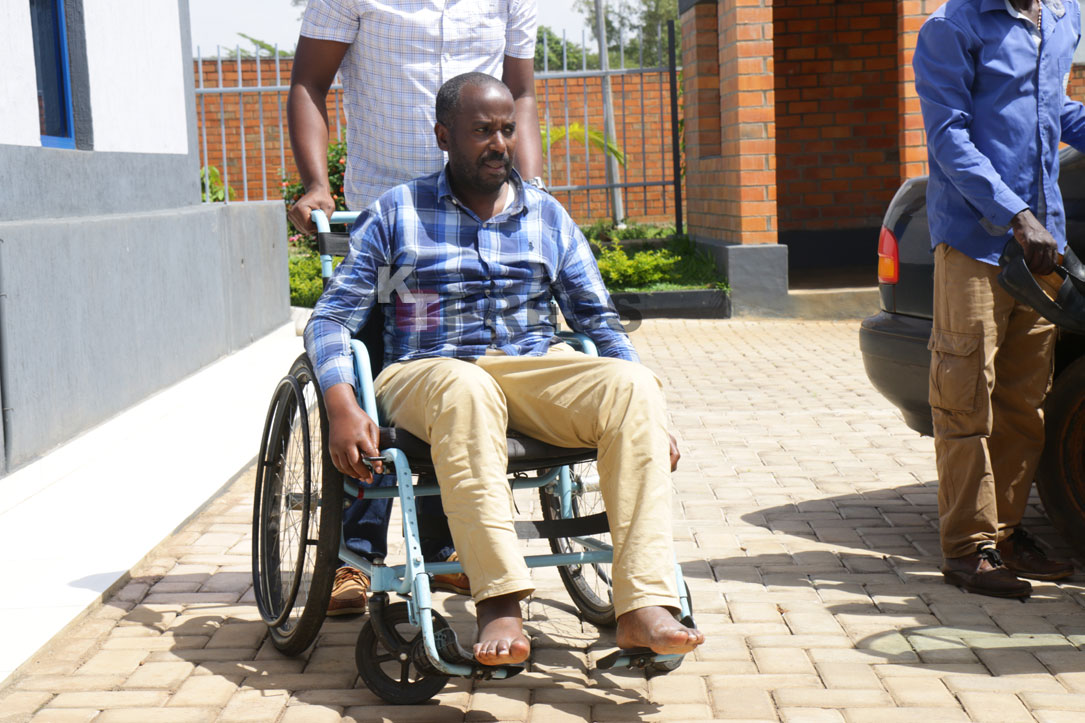 Rwanda says Uganda releasing hundreds of Rwandans detained in Uganda should be the first step to show goodwill towards implementing the Memorandum of Understanding signed yesterday in Luanda, Angola, aimed at resolving tensions between the two countries.

Presidents Paul Kagame and Uganda’s Yoweri Museveni yesterday signed the MoU in Angola, promising to resolve all the issues that have affected relations between the two neighbours over the last two years, with President Kagame emphasising that the provisions of the agreement should not be implemented partially if the situation has to normalise.

Hours after the signing, Rwanda accused Uganda of already working against the spirit of the MoU after it emerged that the Uganda Communication Commission (UCC) has order internet service providers to block several Rwandan news sites.

The Minister of State for Foreign Affairs in charge of the East African Community Amb. Olivier Nduhungirehe told KT Press that Rwanda is ready to implement the resolutions of the Luanda summit, including lifting the travel advisory issued in February, as soon as Uganda shows the goodwill.

“The implementation of the MoU will rely mostly on the good faith of Uganda. The release of all Rwandan citizens illegally detained in Uganda will be an important sign of their goodwill,” Minister Nduhungirehe told KT Press.

Regarding travel advisory notice to Rwandans to travel to Uganda, Nduhungirehe said that it will be done as soon as Uganda releases hundreds of Rwandans arbitrarily detained inside the East African country and to prove that it is safe for Rwandans to travel but no timeline was given.

“It will be lifted as soon as we see good will regarding Rwandan citizens illegally detained in Uganda,” he said, adding that no timelines were set but goodwill is the only thing that will ensure that the MoU is fully implemented.

Rwanda has maintained that for the situation to normalise, Kampala must stop the arrests and torturing Rwandans as well as illegal deportations, end support to groups fighting the Rwandan government and stop economic sabotage.

The MoU signed on Wednesday under the auspices of President João Lourenço of Angola set the ground for the two countries to begin the rapprochement process and specifically identified areas that need to be worked on.

The signing was attended by President Félix Tshisekedi of Democratic Republic of Congo (DRC) and President Dennis Sassou Nguesso of the Congo Republic as observers and facilitators.

In doing so, it was agreed that both countries would eliminate all factors that may create such perception, as well as that of acts that such as the financing, training and infiltration of destabilisation forces.

Rwanda insists there is a heavy presence of anti-Rwandan groups operating in Uganda, including Rwanda National Congress (RNC) and others.

One of the key articles of the MoU says both countries will resume cross border movement of people and trade as soon as possible.

“Resume as soon as possible the cross border activities between both countries, including the movement of persons and goods, for the development and improvement of the lives of their populations,” it reads.

President Kagame said that the MoU covers all areas which the two countries need to work on and that it should be implemented in full, not countries picking and choosing what to implement and what not to.

He said that when there are difficulties affecting cross border trade and people not being able to cross or getting arrested when they cross, it affects the movement of people, of goods and trade in general.

It was agreed that an Ad Hoc Commission for the implementation of the MoU is set up, headed Ministers of Foreign Affairs and composed of ministers responsible for internal administration and the heads of intelligence of both countries.

Both countries are also expected to “keep the facilitators regularly informed of the progress in the implementation of the Memorandum of Understanding”.

In a statement, President Museveni said that he was already in touch with President Kagame to seek a resolution to the issues between the two countries when Presidents Lourenco and Tshisekedi invited him to this summit.

“I was already in touch with President Kagame through our own channels but this came as reinforcement. We are just re-affirming what we have always held as principles of the African Union,” Museveni said in Angola.

However, previous meetings between the two heads of state have not yielded much with Rwanda saying that Kampala has not acted upon the issues Rwanda has consistently raised.