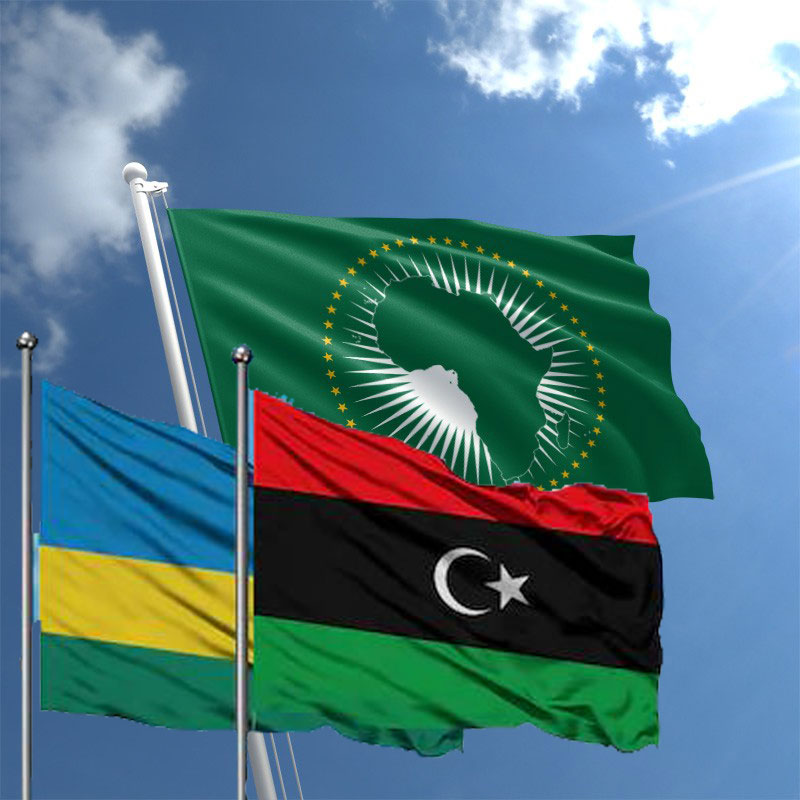 Rwanda is still working with the African Union (AU), the Libyan Government and other partners on the planned relocation of African migrants stranded in the North African country amid reports that the first batch of 500 is set to arrive.

No timelines have been set, neither have the involved parties communicated how the planned relocation will be done but sources say the initiative, which comes from Rwanda’s offer in 2017 to take in some of the desperate immigrants stuck in Libya, will be funded by AU and the European Union (EU).

Rwanda’s State Minister of Foreign Affairs in charge of East African Community, Amb. Olivier Nduhungirehe confirmed to KT Press on Tuesday that discussions on the planned relocation are still on-going but said the Rwandan government will communicate more details after the plan is finalized.

“We are still working with the AU and the Government of Libya on a MoU on the Emergency Transit Mechanism related to the relocation of the 500 refugees from Libya to Rwanda,”

“We will also send a team to visit them in Libya. You will be informed as we advance in the process,” Amb. Nduhungirehe told KT Press.

In 2017, Rwanda offered to take in and resettle at least 30, 000 of the thousands of African migrants stranded in the Maghreb country enroute to Europe, amid reports of hundreds of the refugees being auctioned in open slave markets.

Libya hosts an estimated 400, 000 African refugees. Thousands have perished in the Mediterranean Sea over the last couple of years, with the hope of getting to Europe. President Paul Kagame offered Rwanda’s support to deal with the continental challenge.

“The desperate situation in Libya is disturbing and we are prepared to provide support and sanctuary for our African brothers who are stuck in the immigration debacle in Libya, and who are willing to move to Rwanda,” President Kagame said at the time.

As Libya and Europe intensified operations on Mediterranean Sea to block boats carrying refugees, thousands of the migrants remained stuck in the North African country which continues to battle insecurity.

According to the Libyan Express, the emergency plan is being discussed with international humanitarian agencies and the EU.

It is reported further that the evacuation plan is part of an urgent effort to relocate thousands of migrants from Libya after a July air strike by forces opposed to the internationally recognised government in Tripoli killed dozens of people in a detention centre in the capital Tripoli.

Sources further indicate that the focus is currently on the 5, 000 migrants stuck in detention centres, whose lives are thought to be in imminent danger.

According to reports, some of the migrants however are reluctant to accept any other option than Europe, where they had initially wanted to end up but European countries have tightened controls on immigrants, with some reluctant to take in as many numbers.

Details of where the migrants will be resettled in Rwanda are yet to emerge with all involved parties still involved in discussing the modalities. Primary information indicates that the resettlement to Rwanda or other third countries will be optional and temporary.

Rwanda maintains that the decision is informed by the country’s ‘open door policy’ for refugees or migrants fleeing from conflicts and civil war. The country currently hosts over 150, 000 refugees in different camps mainly from Burundi and Democratic Republic of Congo (DRC).