KOICA, Focusing on Real People Behind the Statistics 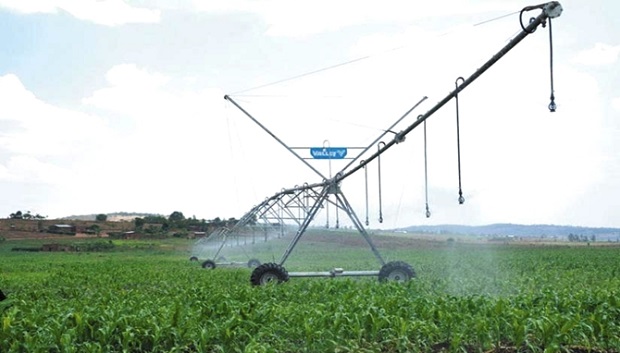 A maize crop garden under mechanized irrigation in Eastern Province.

The questioning of the validity of Rwanda’s development figures is now a dead letter, discreetly forgotten by those who feverishly promoted it, and shouted it most loudly.

It needs not have been any part of the discourse on Rwanda as long it has. A quick glance at the changes taking place in agriculture, with just one of Rwanda’s international partners, the South Korean International development Agency, KOICA, would have been more than enough to demonstrate the substance behind Rwanda’s poverty reduction figures.

A month or so ago, KOICA, held a half day conference on agriculture at Kigali’s Marriott Hotel. The Conference, titled Knowledge Sharing in Agriculture Development in Rwanda, drew together more than eighty interested parties.

They included representatives from the Rwanda Youth in Agribusiness Forum (RYAF), Horticulture in Reality Cooperative (HoReCo), the ministry of Agriculture, Rwanda Agricultural Board, the National Agricultural Export Development Board (NAEB), essentially, almost every organisation involved in agriculture in Rwanda.

One project, the Rural Community Support Project (RCSP), has trained close to 8,000 farmers in modern farming techniques, including irrigation, and using Information Technology to access markets.

As well as on farm training, individual young people were given scholarships to South Korea, to study irrigation, and “farmland development and management”, lessons they are now looking to apply in Rwanda.

“With our interventions and the well coordinated policies of the government of Rwanda, we believe the sector can serve as an engine for economic development” said KOICA Deputy Director for Rwanda, Choi Myung.

Agriculture is a major part of Rwanda’s economy, with upwards of 70% of the population engaged in agriculture, and around 72% of the working population working in the sector.

Agriculture accounts for about 33% of the country’s GDP.

These challenges include land degradation and soil erosion. Rwanda’s topography, with 90% of the country lying on slopes, makes soil erosion a particular problem. With so much of the population involved in agriculture in one way or another, challenges in agriculture are inevitably going to be drivers of poverty, especially in rural areas.

It is in recognition of these challenges, and the importance of the sector, that the government of Rwanda targets development in agriculture as one of the priority areas in its Economic Development and Poverty Reduction Strategy (EDPRS). Much progress has been made.

Significant as it is, the work with KOICA, is a small glimpse into the extensive, intensive work that almost amounts to a revolution in Rwandan agriculture.

It is virtually inevitable that such concentration of attention on such an important area of the economy would achieve dramatic results.

You cannot improve what you do not measure, could be the Government of Rwanda’s moto for development. But in many ways, the questioning of the poverty reduction figures, almost discounts the real human beings whom the figures represent.

People who can now adequately feed their children, where once they could not, people with access to medical care, where once they did not, universal primary and secondary school education where there was none.

The arcane arguments about figures tended to ignore all this. KOICA’s conference was only one of many coordinated initiatives that have led to notable achievements in poverty reduction.

Initiatives which in the words of British Development Economist, Sir Paul Collier, have enabled Rwanda “to pull off the rarely seen hat trick of rapid growth, sharp poverty reduction, and reduced inequality.”

A Gloomy Morning Followed by a Heavy Downpour: Expect More