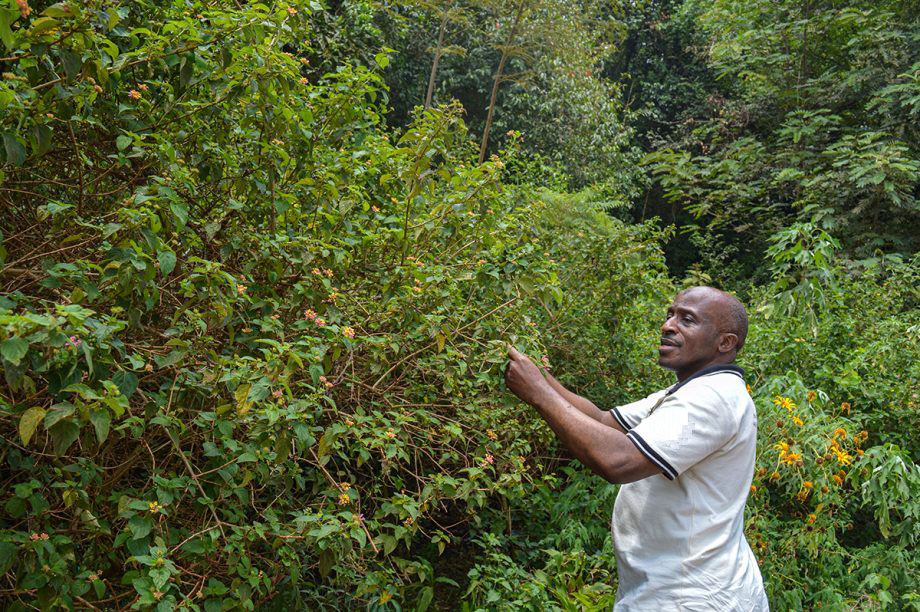 Traditional healer harvesting leaves to treat patients. Rwanda is creating a garden that will bridge the gap in traditional medicine

Rwanda is making a step further in green therapy following an ongoing creation of a medicinal garden in Nyandungu wetland which stretches between Kanombe and Ndera sectors of Kicukiro and Gasabo districts.

The first of its kind, the medicinal garden, which sits on 1.5 hectares is being created by Rwanda Environment Management Authority (REMA) under the National Urban Eco-tourism parks (NUWEP) project.

So far, REMA has shortlisted a total of 65 plants to be restored in this garden though local herbalists say that the number is just a drop in the ocean. They estimate the number of plants needed in herbal medicine to be around 700 species.

He further advised that REMA should consult experienced herbalists on which plants to be restored.

In any case, however, Gafaranga said that the garden is a good move.

“Some species are available in the bush around the country, but we are not allowed to harvest them due to environment rules and regulations. This medicine garden is good news for us,” Gafaranga said.

The garden comes at a time herbalists have been struggling to solve the issue of shortage in medicines.

Since July last year, local traditional healers tried to raise Rwf416 million to implement a project designed to restore an estimated 700 endangered medicinal plants across the country but not much was achieved.

Restoration of endangered medicinal tree species is among other mega projects under NUWEP that will cost the country a total Rwf5.2 billion.

AGA Rwanda network has over 3,000 registered traditional healers, out of 14,000 healers countrywide.

Featured: On StarTimes Friday, Germany vs. Netherlands – A Rivalry Continued

Rwanda: Here Are Namers at this Year’s Gorilla Naming Ceremony