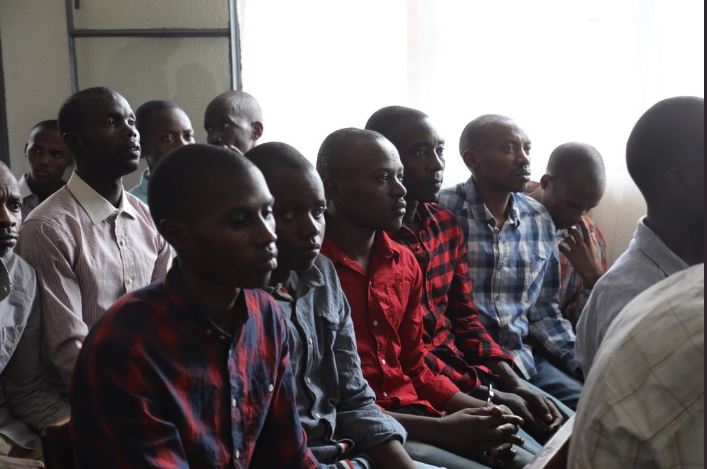 The pre-trial hearing started on Wednesday- October 2nd where prosecution presented four charges against the 25.

KT Press covered the trial as it happened and stories are available on these links:

25 Rwanda National Congress Suspects In Court. As It Happened

According to the schedule that was established, the 25 were today supposed to be heard in court.