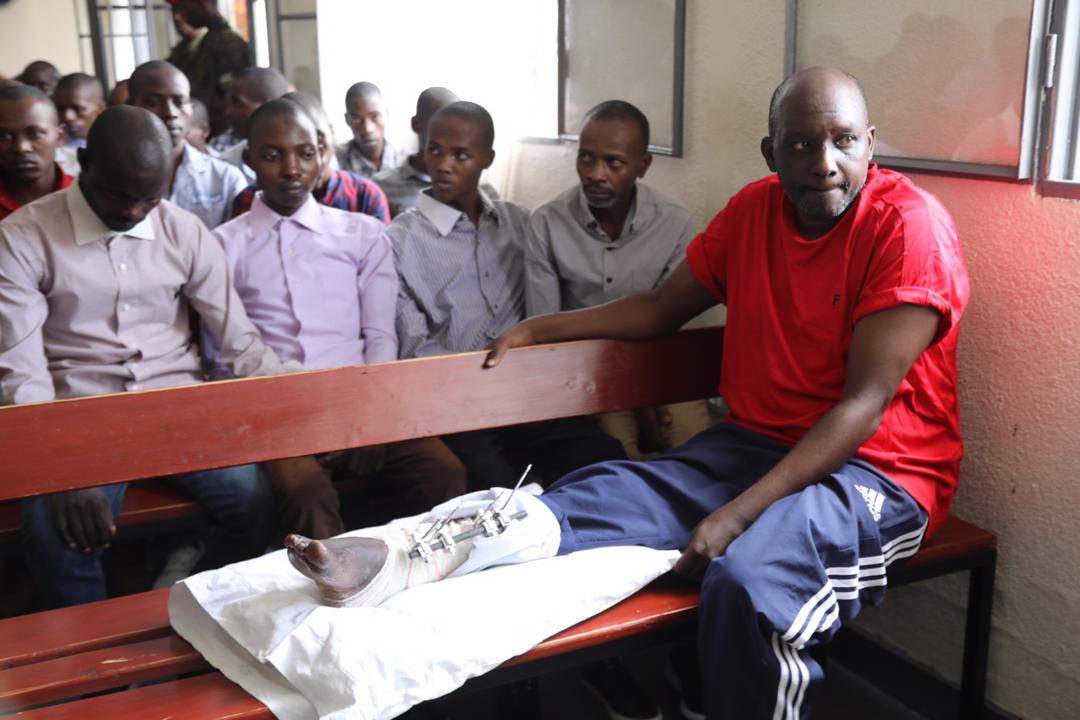 Uganda and Burundi have been explicitly mentioned in the case of 25 people, all members of ‘P5’, a coalition of groups fighting the Rwandan government, who were arrested in Democratic Republic Congo (DRC) and handed over to Rwanda earlier this year.

During the case which opened in the Military Tribunal in Nyamirambo, Prosecutors, based on statements of the suspects did not mince words in mentioning the role of the Ugandan and Burundian authorities in supporting P5 whose mission is allegedly to overthrow the Rwandan government.

The Military Prosecutor Maj. Denis Ruyonza told the tribunal that it is important to take note of the role of the governments of Uganda and Burundi which the suspects said firmly supported their activities by facilitating their movement, military training and arming them.

“When you read the written statements made by the suspects, one thing keeps coming up, the support by the Ugandan government. This court must carefully examine the active role of Ugandan authorities and security agencies in supporting this group,” 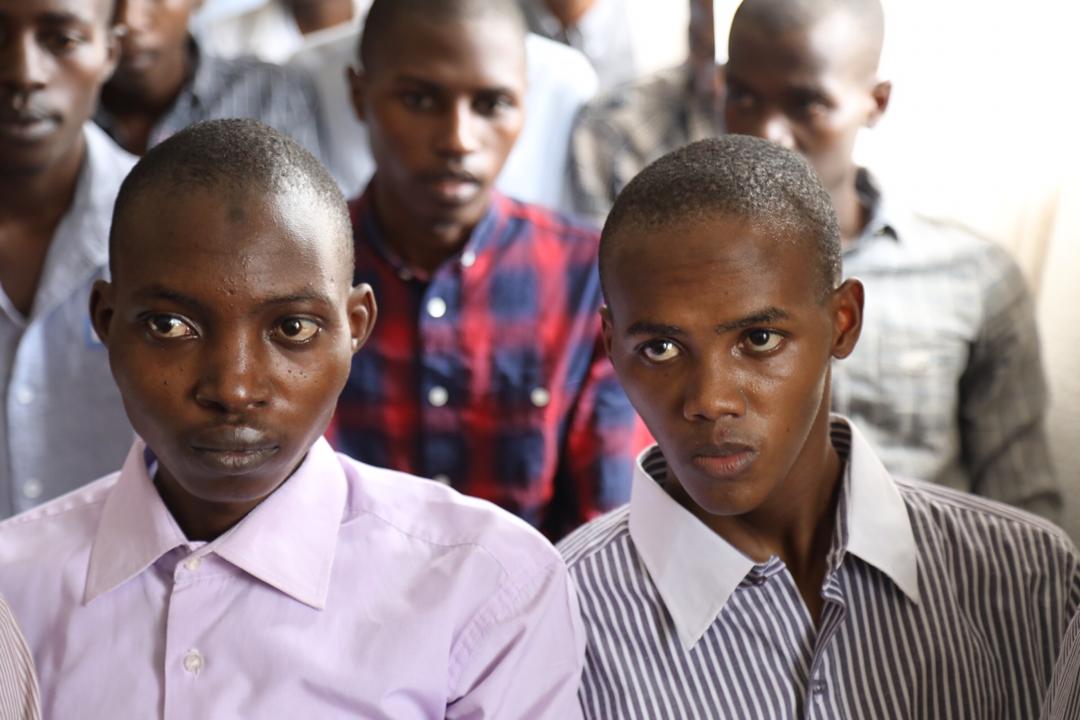 Military Prosecutors said Uganda’s intelligence agency Chieftaincy of Military Intelligence (CMI) facilitated the movement of Mudasir and Sibo, first from a protection camp in the north-western district of Arua, to Mbarara from where they were facilitated to cross over to Tanzania and then Burundi.

Court heard that a one Capt Johnson of CMI oversaw the transfer of the two men from Arua where they were allegedly living in a refugee protection camp to the western town of Mbarara from where they connected to Tanzania and using fake documents provided by Capt. Johnson, crossed into Burundi back in 2017.

In Burundi, the two men who were allegedly operating on the orders of Rwanda National Congress’ Kayumba Nyamwasa and Robert Higiro, oversaw the recruitment of young men into the P5 outfit and their subsequent transfer to South Kivu where they underwent military training. 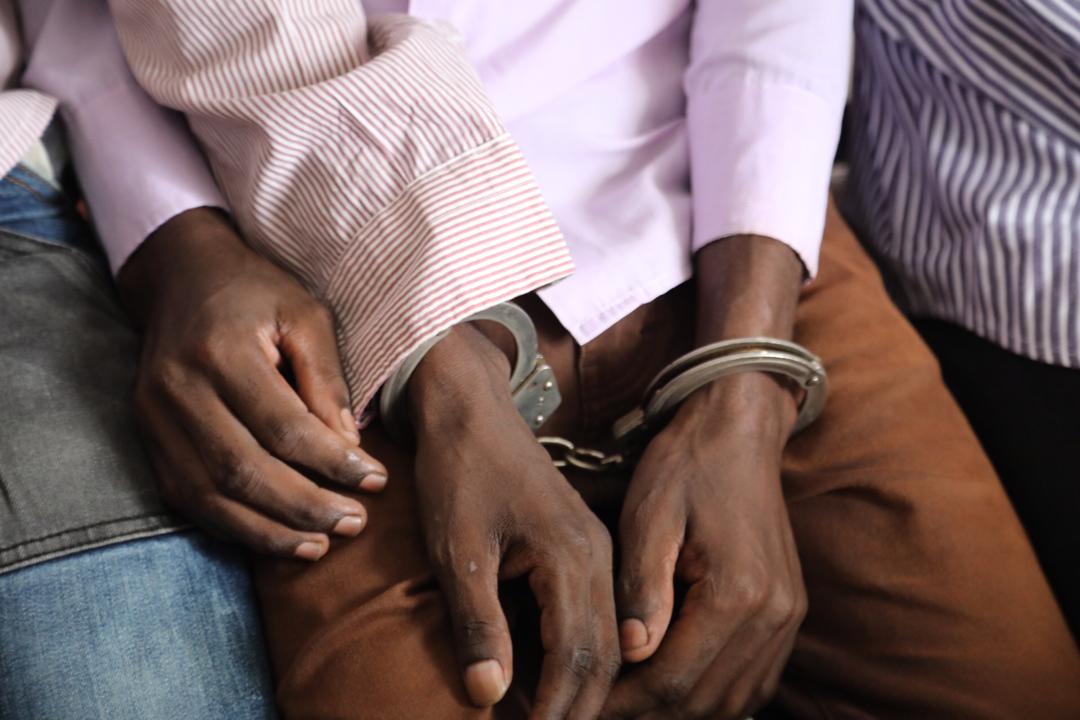 Appearing unfazed, the injured Mudasir, a retired Rwanda Defence Force (RDF) Major, listened on as Prosecutors laid bare the details of how each of the 25 people was recruited into P5 and how they eventually ended up in DRC from where they were captured by Government forces FARDC and handed over to Rwanda.

In a court session that lasted for more than six hours, Prosecutors said that the involvement of Ugandan and Burundian authorities and security agencies in the creation and facilitating of P5, whose activities and presence in DRC was documented by the United Nations Group of Experts, is in no doubt.

“It did not stop at facilitating recruitment. As we heard today, this group contains three Ugandans namely Sulaiman Lubwama, Joseph Katwerere and Deziderio Fred, who have confessed to joining the group with the promise that they would overthrow the government of Rwanda,” Maj. Ruyonza said.

“They all agree on one thing, that the Government of Uganda and Rwandans living in Uganda who are members of P5 had promised them support to overthrow the Rwandan government through an armed struggle,” the Prosecutor said. 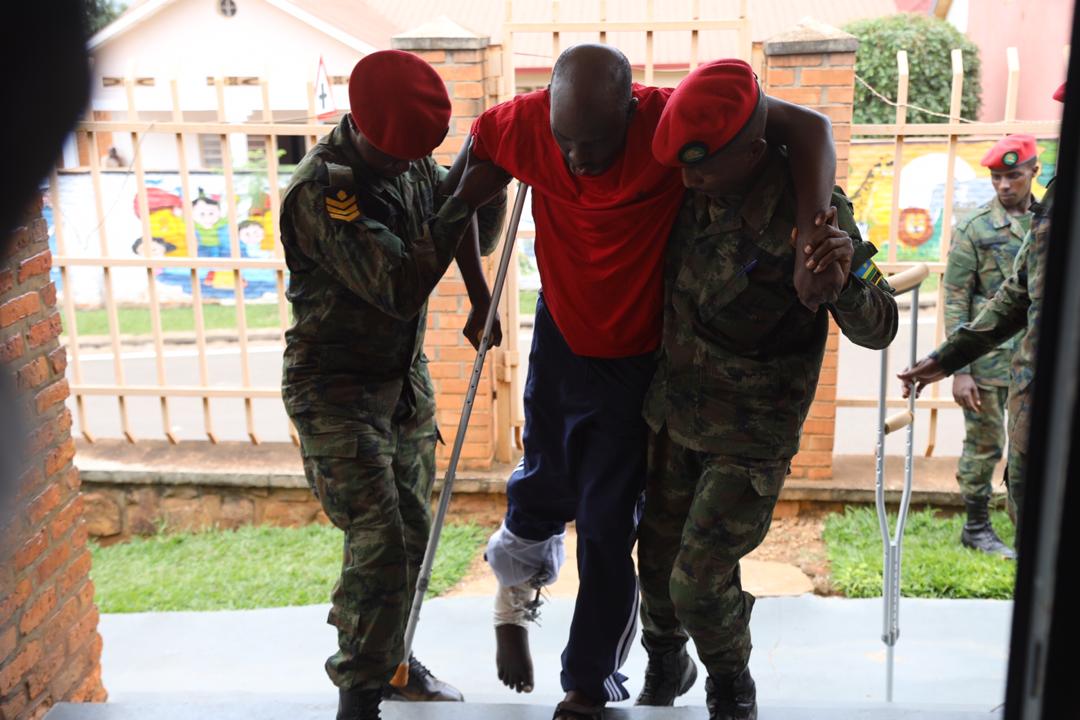 On Burundi, Prosecutors said that all the suspects confirmed that Burundian authorities, mainly the military intelligence agency, facilitated them directly, welcoming them into the country and hosting them at a hotel identified as “Transit Hotel”.

From here they would be briefed and handed military fatigues and boots before being transported by boat through L. Tanganyika to DRC, particularly to their bases in Bijabo, Minembwe, Masisi enroute to North Kivu from where they would be given military training in preparation to attack Rwanda.

In DRC, the groups of young men would be welcomed by Maj (Rtd) Mudasir, alias Musa, a one Ali and Richard Mateeka, a son of a retired Ugandan Major General John Mateeka, according to Prosecutors.

According to Prosecutors, in Burundi, the recruits would be welcomed by Col. Ignace Sibomana, the head of the military intelligence unit known as J2 and another officer identified as Maj. Bertin, who is the head of external intelligence, who would brief them on the mission at hand.

“They facilitated them and met them very often, together with another high ranking officer identified as Col. Nyamusaraba. They met under a group known as Ngomino for regular briefings. They received clothes, boots and guns. All this goes to show the role of Burundian agencies,” the Prosecutor said.

Court heard that even when some of the recruits would be arrested by other security agencies, the military officers would make sure they are released, adding that Burundi authorities ensured the smooth movement of recruits not only within the country but their safe transfer to camps in DRC.

Out of the 25 people, 14 were recruited in Burundi, 8 from Uganda, 2 from Kenya and 1 from Malawi. According to Prosecutors, the group got a thorough briefing on April 10, 2019 on the planned attacks on the Rwandan territory, moving from South to North Kivu from where they would launch attacks. 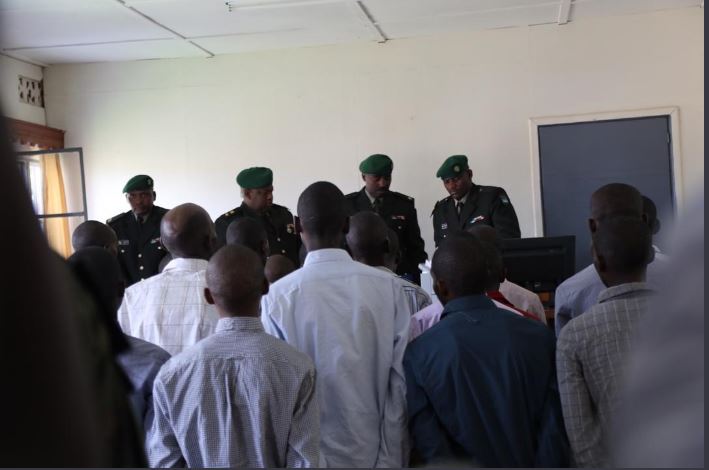 A couple of weeks later in May, the P5 forces fell into an ambush of Congolese government forces who were on the hunt of negative groups in the area. The group was heavily shelled, dozens of the fighters getting killed in the process while the 25 were captured and later handed over to Rwanda.

Prosecutors revealed that the group is being tried in a military court because the case involves military individuals, naming a one Private Dieudonne Muhire as one of the suspects in the case. They also explained that foreigners are being tried in Rwanda because they conspired with nationals to commit crimes.

They will face charges including formation or joining of an irregular armed group, which is provided by Article 200 of the law determining offences and penalties and conspiracy against the established Government or the President of the Republic, which is stipulated in Article 202.

The accused did not enter plea due to time Prosecutors spent talking. The case was adjourned to Tomorrow Thursday 9am.