25 Rwanda National Congress Suspects In Court. As It Happened 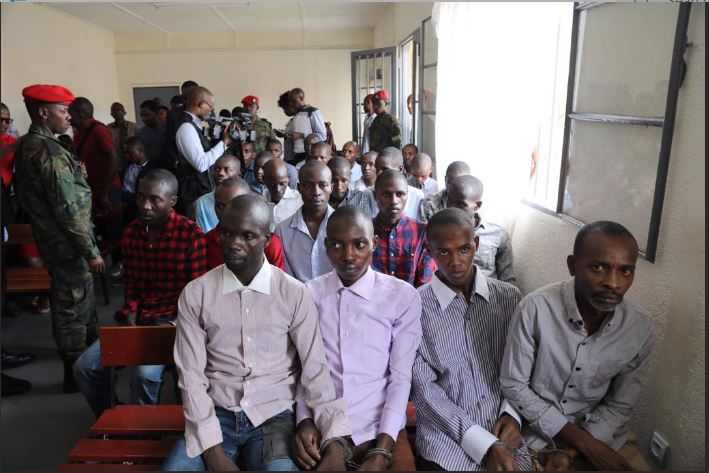 Escorted by military police, the group of twenty-five suspects accused of being rebel fighters for the Rwanda National Congress (RNC) arrived at a military tribunal in Nyamirambo, for a pre-trial hearing.

They included retired Major Mudasir Habib, who was captured recently in the Democratic Republic of Cong (DRC), during a battle with the DRC army. He is still recovering from severe injuries on his leg, and arrived separately from the rest of the group. He was fighting with the so called Democratic Forces for the Liberation of Rwanda (FDLR), a rebel group formed by the perpetrators of the 1994 Rwanda Genocide against Tutsi. The Credible evidence shows the RNC now in collaboration with the FDLR. 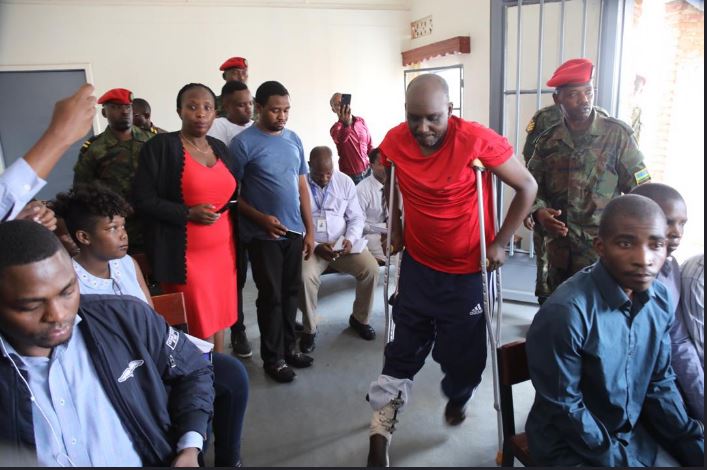 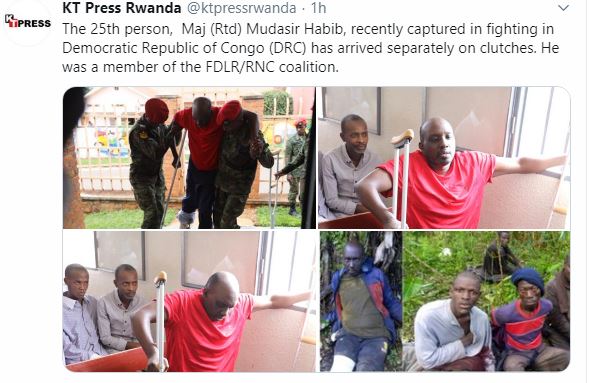 Almost all of the suspects were arrested in the DRC, from where they operated. The court first  verified the names and profiles of each one of the suspects.

The majority say they lived in Burundi and Uganda before they joining the RNC/FDLR. They then moved to the DRC for training, and then organising attacks, when they were arrested by the DRC forces during military operations, and handed over to Rwanda. 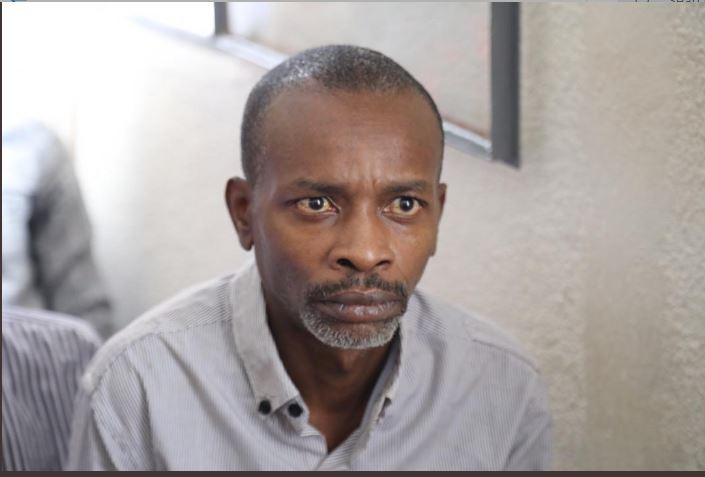 According to court records, the suspects include Rwandans, Ugandans and Burundians, as people from Burundi are properly called. Among the twenty-five is Sulaiman Lubwama, a Ugandan father of six, born in Masaka, western Uganda, who says he is a driver who was arrested with the group.

After a short break that followed registration of the suspects identities, the Tribunal asked the suspects if they are ready for the trial. Some said they are not ready to undergo trial because they need lawyers. 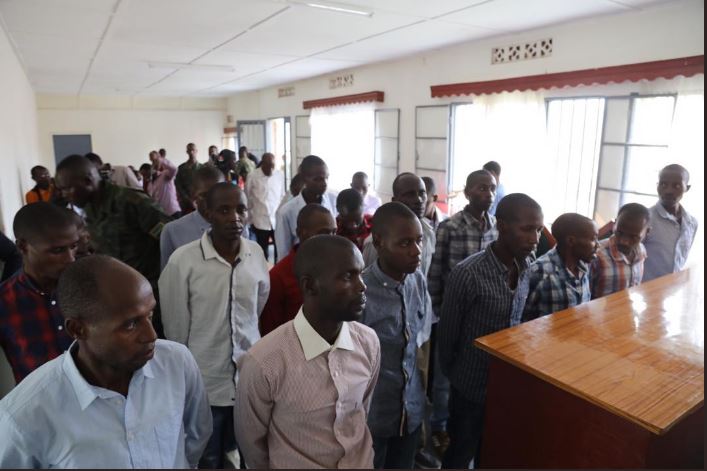 Military Prosecutors then explained four charges against the suspects. The 25 will face charges including treason, forming or joining an unlawful military organization, conspiring with other countries to destabilize the peace of another country and engaging in activities aimed at destabilizing a lawfully elected government.

In other words, the charges include (1)formation of an irregular armed group or joining it  which is provided by Art. 200 of the law determining offences and penalties and (2)Conspiracy against the established Government or the President of the Republic which is provided by art 202. 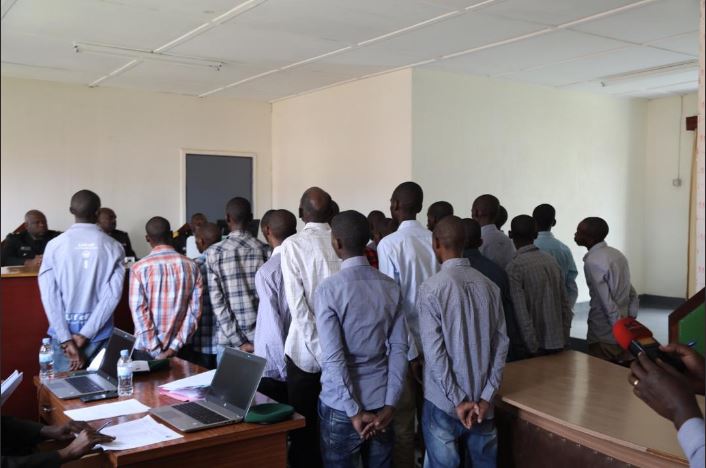 The are also facing the charge of (3)Maintaining relations with a foreign government with intent to wage a war, a crime which is punishable under Art. 193.

The (4) Formation of or joining a criminal association is punishable under art. 224.

Prosecutors started with the charges of Maj (Rtd) Mudasir Habib who first had said that he was not ready to stand the trial without a lawyer but changed his mind later on.

Habid was a member of Rwanda Defense Force(RDF) before retiring. In 2013 he traveled to Uganda, Kasese where he received a call from Maj Robert Higiro informing him that he had a message for him from Kayumba Nyamwasa. 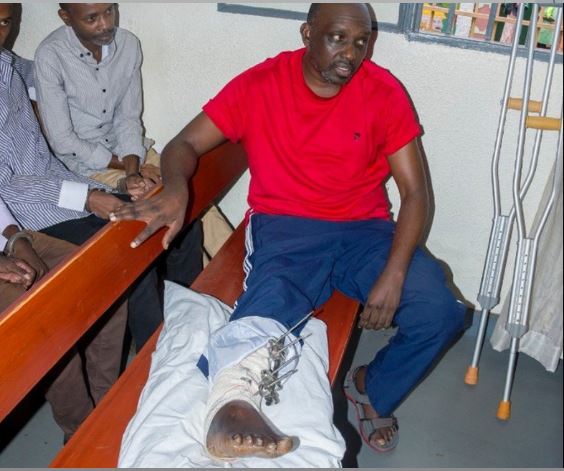 Higiro would brief Mudasir on the activities of RNC, both the political and military wing. The suspect would later meet Higiro in Kampala and a one Rasta, a prominent Rwandan based in Uganda who would facilitate him with papers. He was thoroughly briefed about activities ahead.

Prosecutors named members of the Ugandan military working under the Chieftancy of Military Inteligency (CMI), awho facilitated Mudasir and Charles Sibo to move with recruits from Uganda through Tanzania to Burundi. CMI operative Capt. Johnson and a one Col. Ignace Sibomana, Head of J2 in Burundi and Maj. Bertin were named.

Also mentioned is a one Richard Mateeka, a son of Ugandan Gen (Rtd) Mateeka, who also allegedly facilitated the movement of the recruits to Burundi, where they were welcomed and briefed about the P5 alliance before arming them and facilitating their transfer to Bijabo, Minembwe, Masisi in DRC. 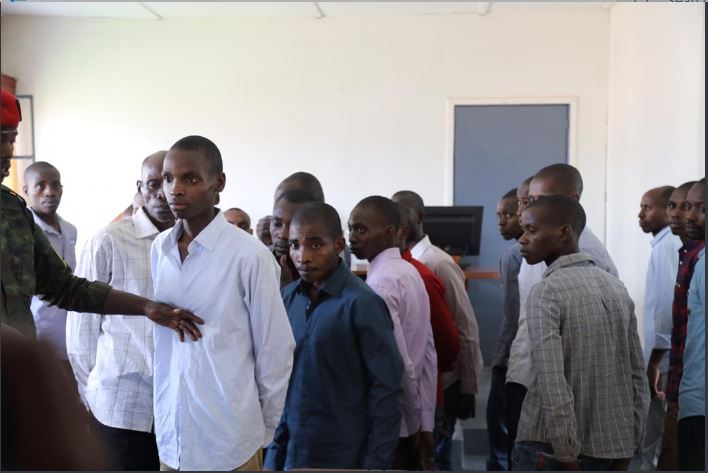 In fact, the common factor returning in the testimonies of the 25 is that they were all recruited from different parts of Uganda and Burundi, mentioning officials in both countries who facilitated their movement, training and arming under the outfit P5 before planning attacks on Rwanda.

The Congolese government would later hand them over to Rwanda, explaining how they ended up in the country. In their confessions, they admit support from Uganda & Burundi plus Kayumba Nyamwasa & his RNC charges being behind the operations, with a promise to overthrow Rwanda Government.

In Pictures: Rayon Sports’ Shock Defeat to AS Kigali