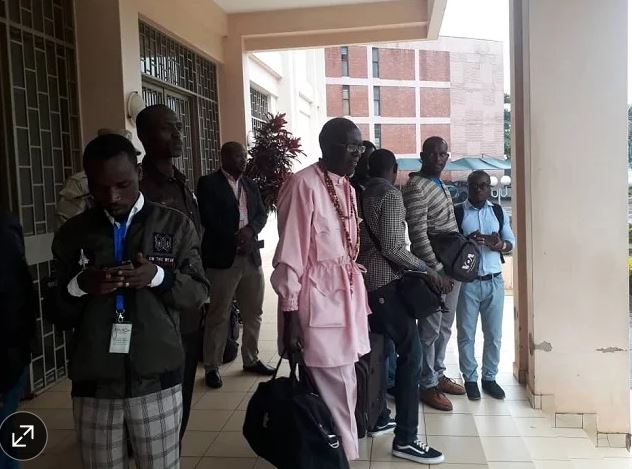 Former academician, Dr Leon Mugesera has returned to court to appeal against his life sentence, barely four years after the case was concluded.

Mugesera appeared before the Court of Appeal in Kigali on Monday to challenge the decision of high court that sentenced him to life in jail in April 2016.

His appeal file explains how he allegedly did not get fair justice.

He had appealed to the Supreme Court, but later on, his case was transferred to the Court of Appeal which was not yet founded at the time of his appeal in 2016.

The case did not proceed this morning because, Mugesera took exception of the presiding judge whom he happened to find back in his trial while he was also part of the judicial panel that sentenced him in 2016.

Charles Kariwabo was the presiding judge in this appeal trial, but Mugesera claimed that he “has always been unfair to him.”

The court asked Mugesera to explain how the judge was unfair to him, but he declined to do it, while saying that “it would create unnecessarily disputes.”

The court ruled that he should submit his explanation in writings and postponed the trial to unknown date.

Mugesera, 67, served as the deputy chairman and special advisor to the former ruling party, MRND, that orchestrated the Genocide.

He was deported from Canada in 2012 after a long battle fighting his extradition to Rwanda to face Genocide related charges.

The court ruled that he was guilty of multiple counts, including incitement to commit Genocide, inciting ethnic hatred and persecution as a crime against humanity.

He denied all these allegations.

Mugesera is known for an infamous speech he made in Kabaya Sous Prefecture currently Ngororero district, Western Province in 1992,  where he called upon Hutus to exterminate the Tutsi.

The Genocide against Tutsi took place two years later, and, it had the same hatred he had preached.

Appearing today, Mugesera who is serving his jail sentence in Mpanga international prison – Nyanza, Southern province was in the pink uniform of the inmates, holding two handbags full of books and trial files.He was wearing a long rosary.