President Paul Kagame and Commander-In-Chief of the Rwanda Defence Force (RDF) has eulogised late Brig. Gen (Rtd) Andrew Rwigamba, saying that his legacy represents the spirit to continue making RDF even a stronger institution which the deceased fought for.

“RDF as an institution has lost a brave officer. Rwanda has lost a gallant son,”

“The tribute to him should be to strive to continue making RDF an even stronger institution and Rwanda a developed country, which was what Andrew Rwigamba fought for,” President Kagame said in a statement to eulogise Late Brig Gen (Rtd) Rwigamba, which was read by the Senior Defence and Security Advisor to the President, Gen James Kabarebe. 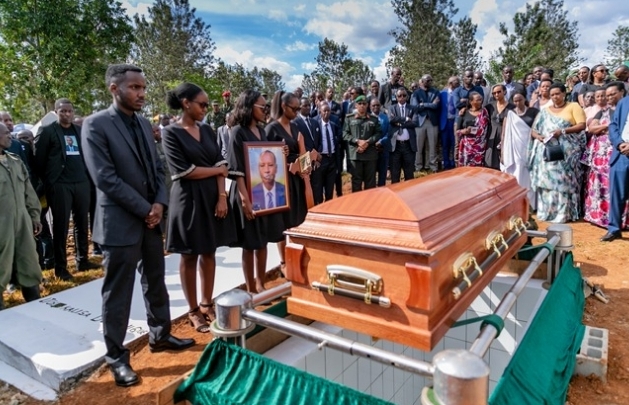 The Rwanda Defence Force (RDF), family and friends today bid farewell to Late Brig Gen ( Rtd) Andrew Rwigamba who passed away on 17 October 2019 from a hospital in Cairo, Egypt where he was receiving treatment.

Burial ceremonies started at 7am on Tuesday by picking the body of the Late Gen Rwigamba who also served as Police Chief.

There after, the body was taken to his home in Remera, Gasabo district in the capital Kigali, where family and comrades paid their respects to the deceased, before moving the body to Regina Pacis for a requiem mass.

Reading the Eulogy of President Kagame to the family, Gen James Kabarebe, comforted them for losing a father, a son and a friend and that the country has lost a gallant son who fought for Her Liberation. 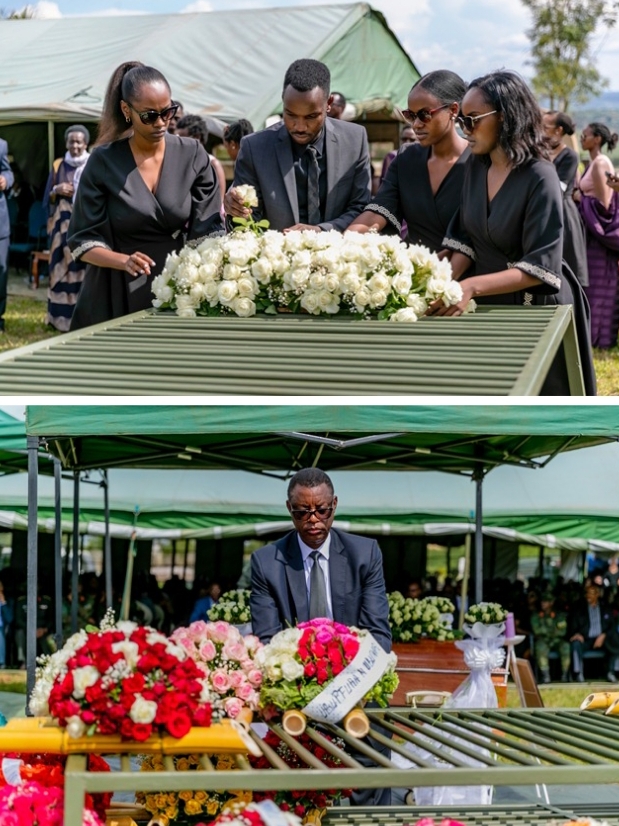 “The loss of a comrade such as Brig Gen (Rtd) Rwigamba reminds us of the other late comrades that died in the course of the liberation of our country. These are people who sacrificed their lives to liberate their country. Brig Gen (Rtd) A Rwigamba put his life to the service of this country so that we live a dignified life, a life that we deserve”.

At the time of his death, Brg Gen (Rtd) Andrew Rwigamba was the Director General of Military Relations at the Ministry of Defence – a position he had held since 2011.

He was the Commissioner General of Police until 2008.