It is not the first time the Canadian commandant visits Rwanda, but for the members and staff of his Roméo Dallaire Child Soldiers Initiative’ foundation.

The foundation is an Initiative that progressively targets ending the use of child soldiers through a security sector approach that is proactive and coordinated.

As a living testimony of what happened in the genocide against the Tutsi, and seeing his forces not able to stop the genocide as citizens were systematically massacred by the Interahamwe militia, Dallaire has in earlier testimonies said he has not overcome this history.

After laying wreaths on mass graves of over 250,000 genocide victims laid at Kigali Genocide Memorial in Gisozi, the 73-year-old General and friend of Rwanda said: “I have relived this memory for 25 years now, and the reason we are here is to make sure genocide never happens again,” Dallaire said, adding in the visitors book that there is peace in Rwanda despite others wishing the country to be wiped out. 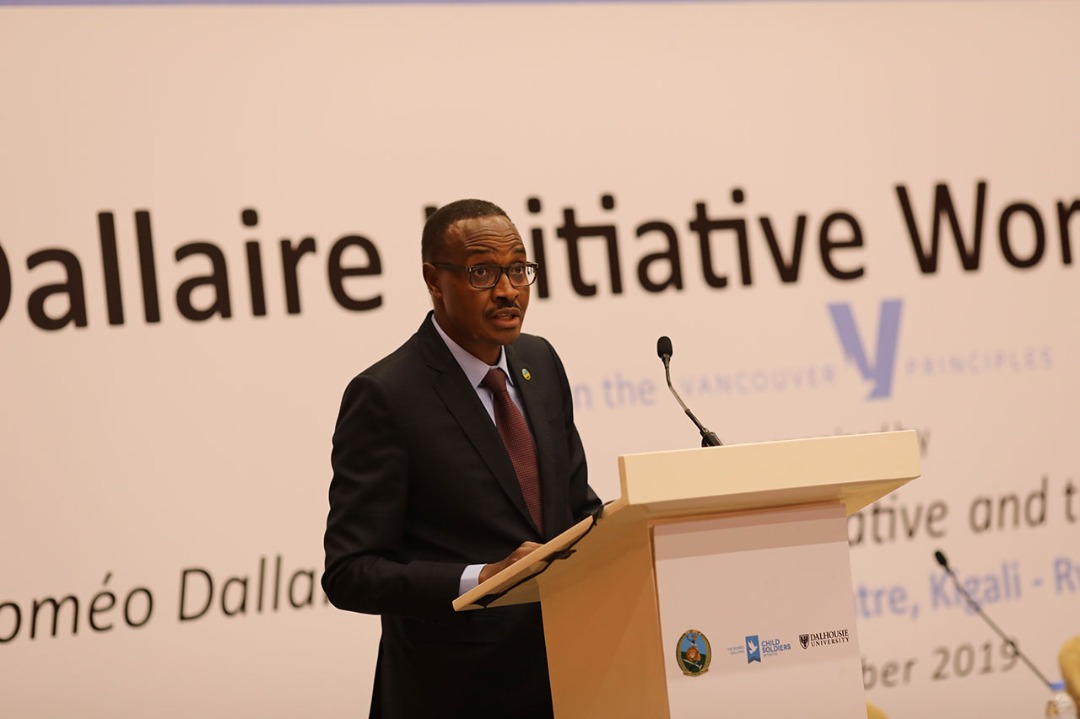 Gen Dallaire is in the country and will, in collaboration with Rwanda Defence Force (RDF), will co-host a regional conference in Kigali on 14 November 2019, dubbed “Dallaire Initiative Workshop”.

The workshop is aimed at empowering nations to take proactive, early and coordinated action to prevent the recruitment and use of children as soldiers by implementing the Vancouver Principles on Prevention of the recruitment and Use of Child Soldiers.

The Minister of Defence, Major General Albert Murasira, officially opened the workshop that will also discuss in detail Vancouver Principles, said that vulnerabilities of children, extend beyond the traditional battlefields.

“As a result of trans-national criminal networks that prey on children for the purposes of child labour, trafficking, sexual exploitation and indoctrination for terrorist groups, the need to protect children is critical to the future of humanity and the attainment of peace and security,” Murasira said.

At the event, Dallaire commended Rwanda for its commitment to supporting all the peacekeeping efforts to prevent the recruitment and use of children as soldiers.

Rwanda was the first African country to endorse the Vancouver Principles.

The Vancouver Principles are a set of political commitments focused on child protection in peacekeeping, including all stages of a conflict cycle.

They comprise 17 principles that focus on preventing the recruitment and use of child soldiers by armed forces and armed groups.

The country is actively participating in UN peacekeeping and is committed to furthering the protection of civilians, as was demonstrated through the creation of the Kigali Principles on the Protection of Civilians.

The Dallaire Initiative and the Ministry of Defence have entered into a Memorandum of Understanding to further this commitment to the prevention of the recruitment and use of children in Africa and around the globe.

About 60 participants mainly from Security Organs in the region and other partners will attend the conference.