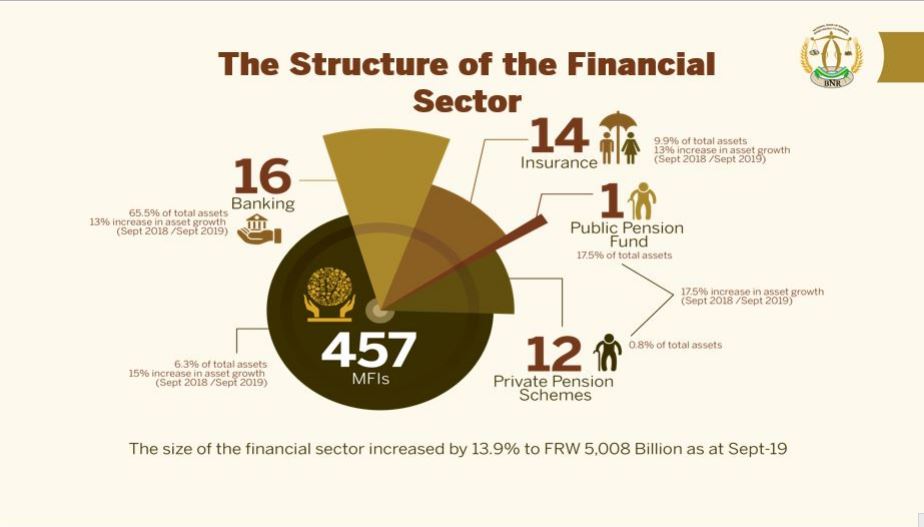 Rwanda Central Bank (BNR) has retained a lending rate of 5.0% for this year but announced plans to meet with stakeholders to decide on another way of recovering none performing loans (NPLs).

This decision comes after it has emerged that effort to recover NPLs has started paying off and loan lending picked up despite a previous drop in acquisition of loans in 2018 especially in savings schemes.

With a volume of NPLs in 2018, and low lending, BNR said it wrote off Rwf38billion, but a good number of loans recovered from the saccos.

For instance, in National Taskforce of recovery on non-performing loans in Umurenge SACCOs conducted its activities in 2 phases recovered Rwf5.15 billion out of Rwf10.1billion from 416 Umurenge SACCOs.

The first phase from January 2019 to March 2019 recovered Rwf754.7 million on spot plus Rwf2.9billion recovered from borrowers commitments.

In the second phase started from July 2019 to September 2019, Rwf 1.5billion was recovered on spot.

“On the 28th of this month we shall meet to discuss the challenges in recovering the rest of the NPLs but we have seen an increase in individual coming up to finance the bad loans, which is a good sign,” Governor Rwangombwa said.

With this success in NPL recoveries, BNR said that there are high chances that the lending interest rates will further drop as time goes after the sector witnessed a drop in bank loan interest rates.

The MPC decided to maintain the Central Bank Rate (CBR) at 5.0 percent, to continue supporting the financing of the economy and the growing aggregate demand.

The MPC meeting reviewed the outcome of its previous decisions, recent economic developments and future outlook.

Governor Rwangobwa said that this inflation was caused by demand for capital goods imported as a result of increasing foreign direct investment and major construction activities such as the new Kigali Arena sports complex and new power plants- which caused a depreciation of the Rwanda franc against the US dollar.

On the other hand, in the first three quarters of 2019, growth of imports (14.6 percent) outweighed the growth of exports (3.9 percent), increasing the trade deficit.

Growing imports are mainly due to increased demand for capital and intermediary goods needed for rising investments. Nonetheless, by end December 2019, the franc is expected to depreciate by 4.8%, slightly lower than the initial projections of 5.1%.