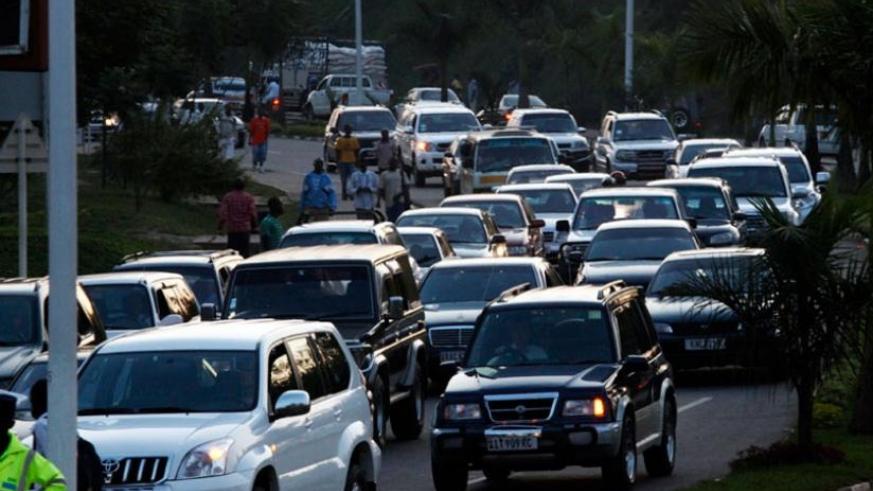 As preparations to celebrate the New Year intensify, do not worry to grab a glass of liquor or beer at your favorite spot.

A group of emergency professional drivers commonly known as “Abasare” are ready to drive you back home from wherever you will be.

The name Abasare in traditional Rwanda are sailors, people established on a river, using a canoe to help people cross, especially during the time of floods which was literally meaning saving their lives because otherwise they would not reach home.

In this context, the name Abasare implies those people who would help a driver who is not sober to reach home safely.

Abasare are emergency professional drivers who work 24/7. They drive clients who have taken alcohol back to their homes, upon negotiating price, depending on the distance where the client is to the final destination (home).

To access them, you can text or call on their mobile phones, to give them direction, make bookings, before deciding whether to drink alcohol or not.

“We are ready, people who wish to drink alcohol on New Year celebrations should not worry. We have our own taxi cars for clients who do not want us to drive their cars, but also we can park ours and drive them safely to their homes in theirs,”Olivier Guruna, one of the drivers in Remera, Kigali city told KT Press.

“We are ready to work, anyplace, anywhere, anytime. Clients just need to call us on our mobile phones direct us where they are boozing from and their destination. We are all licensed drivers who are committed to do this job well.”

According to Guruna, for them to get clients, the Abasare go to pubs, bars and other drinking hubs, politely approach the people having their couple of beers – and interest them.

“We may tell someone; chief, would you mind if we drive you home at tonight? When they agree, we struck a deal and when they refuse, we just proceed to someone else. We do it much politely to avoid rebuke.”

This program was triggered by an event where National Police started intensifying crackdown of people who drive under the influence of alcohol. This crackdown started in June this year, under the campaign dubbed ‘Gerayo Amahoro’.

According to National Police figures, before Gerayo amahoro program road accidents claimed 73 people every month, but these figures reduced to 30 since the inception of the program.

In only one weekend in September, over 120 people were arrested because of drink driving after Traffic and Road Safety (TRS) department conducted an operation in the City of Kigali.

Early December this year, Rwanda National Police started a campaign against reckless drivers who cause accidents during the festive season.

“It is possible to have 0 accidents this festive season. This is our target. We shall work with passengers and drivers to achieve these targets,” Commissioner of Police John Bosco Kabera, the Spokesperson of Rwanda National Police said.

Available figures from National Police indicate that since January this year, road accidents in Rwanda claimed 180 against 400 victims. Among the total of accidents 61% were caused by drunk drivers.

“It is hard to drive perfectly when someone is drunk, at times we drive people who cannot direct you up to their homes, some sleep before you get home, you are forced to get his/phone to call one of numbers in the phonebook for help,” Theophile  Ntungwanimana, a driver in Gishushu said.

“Yes, we are giving this service, but our clients are also supposed to drink responsibly, at least they are supposed to be able to negotiate price, be able to remember direction to their homes and pay after the journey.”

Drunk driving is a choice, accidents or fatalities are caused by bad choices; this cannot be defined as an accident rather a bad choice.

“We work at night, the challenging aspect is that some clients refuse to pay us after driving them home, Police should be around to help us to be paid, but we are ready, we shall be near clubs, bars and other places,” Paul Havugimana said.

So far, the Abasare do not have any known organisation. A friend call a friend and tips them about a “greener pasture.”

According to World Health Organization (WHO) alcohol consumption, even in relatively small quantities, increases the risk of road crashes. Drinking diminishes some essential elements of safe driving, such as vision and reflexes, and impairs judgment, which is generally associated with other risky behaviors such as speeding and failure to comply with safety rules including use of seat belts and helmets.