In 2019 Rwanda Added the Best to Its List of Friends 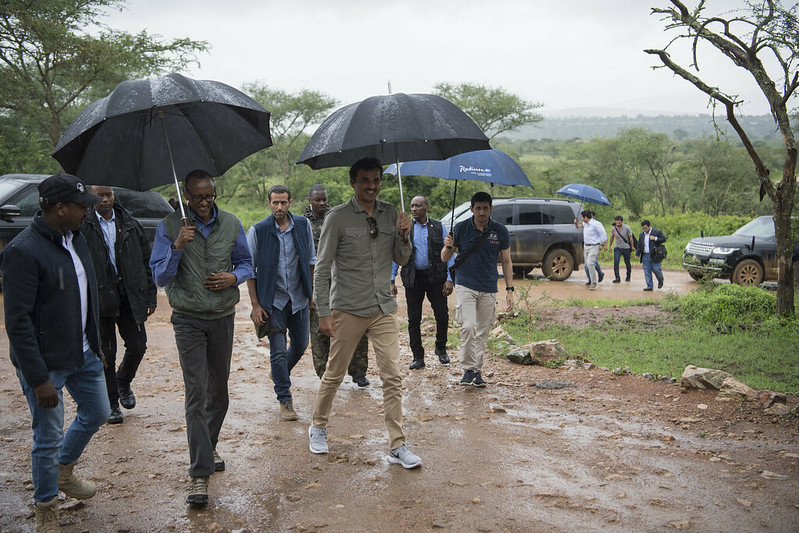 President Paul Kagame is a regular visitor to Qatar, and so is His Highness Sheikh Tamim Bin Hamad Al Thani – the Emir of Qatar to Rwanda.

Rwanda and Qatar enjoy commendable bilateral ties established in May 2017 through the two countries’ Permanent Missions to the United Nations in New York, United States of America.

Qatar friendship with Rwanda is among those that gained momentum this year. In April, the Emir of Qatar conducted a three day visit to Rwanda.

The Emir was seen with his host President Paul Kagame touring different parts of the country. 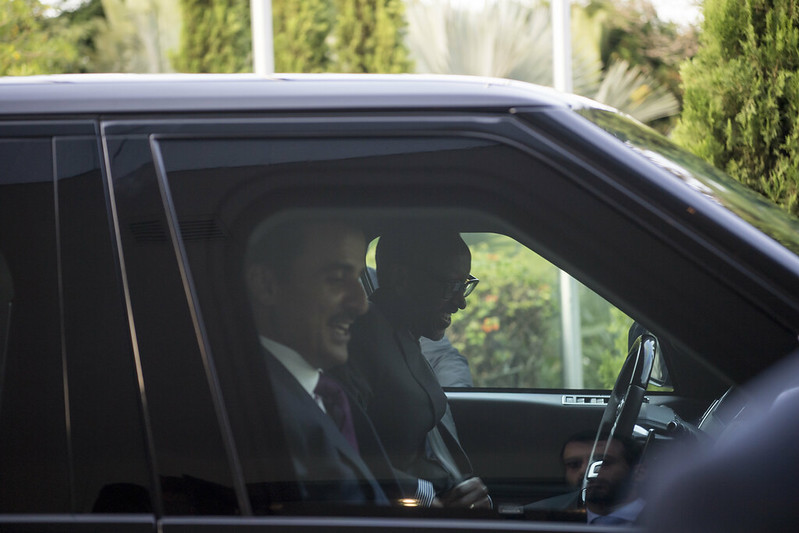 Kagame was also seen personally driving the Emir in his Range Rover car, he later on took the guest to Akagera National park which offers enormous savanna wildlife and safari.

In October, President Kagame also visited the richest country for the Qatar Information Technology Conference and Exhibition where he also met the Emir.

However, this was not the year-ender correspondence.

Early December this year, the Emir of Qatar joined his Rwandan counterpart  in Kigali for the International Anti-Corruption Excellence Award and, as it wrapped up, Rwanda and Qatar Airways sealed an investment deal for Rwanda’s new international airport in Bugesera district, Eastern Province.

Qatar Airways – the state-owned flag carrier of Qatar agreed to take a 60% stake in the project valued at around $1.3 billion, the biggest venture in Rwanda ever. 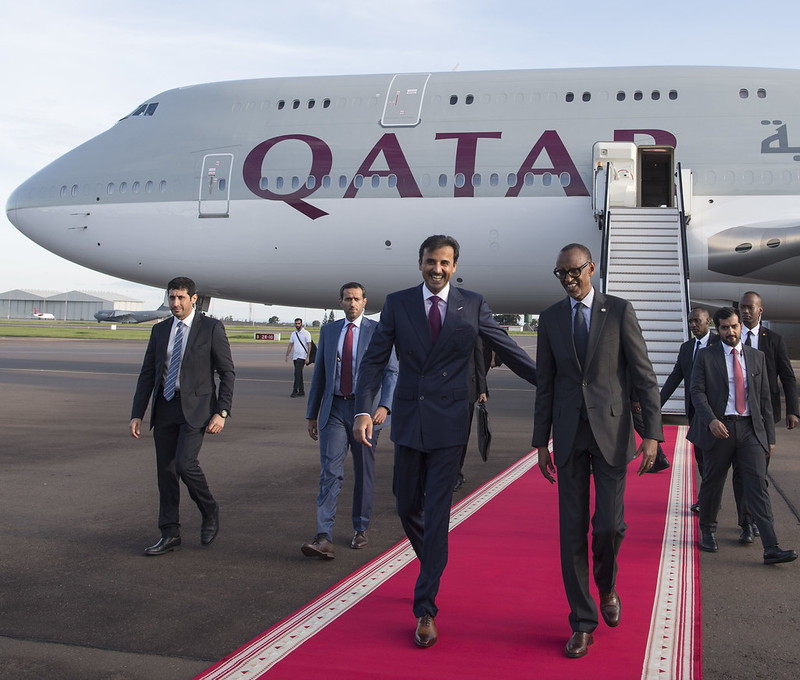 Meanwhile, this year, Rwanda opened its embassy in Doha – Qatar with its envoy Amb. François Nkurikiyimfura.

The later was appointed among 15 envoys in July, and of them, ten are new in this network made of 32 embassies and high commissions of Rwanda in foreign countries.

Another longtime friendship that was strengthened is the Rwanda – Israel relationship where in April 2019, Ambassador Ron Adam was appointed first ambassador of Israel in Kigali. 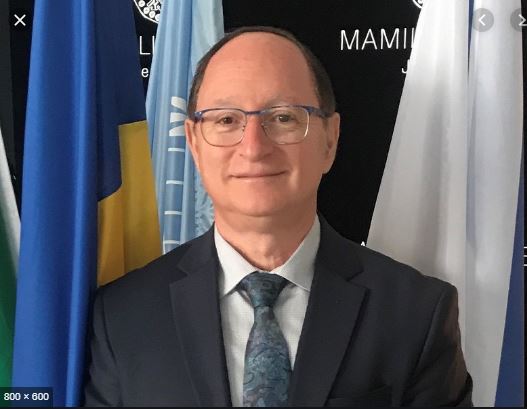 On June 25, the ambassador from a country that has gone through the same tragedy of genocide like Rwanda, Ron Adam said he was very much interested in seeking partnership between his hometown Haifa and Kigali- Rwanda’s capital city.

“I visited my home town Haifa and met the city secretary, discussing ways of cooperation between city of Kigali and Haifa city,” Ron said.

This was barely five days after he accompanied Rwandair officials on board the Rwandair 737-800NG aircraft for Tel Aviv which was the carrier’s inaugural flight to the ‘Promised Land’ – Israel as the bible calls it.

From Israel – Middle East to the Maghreb, Rwanda maintained or strengthened relationship.

The agreements are meant to promote energy, education, trade, environment and judiciary of both countries. 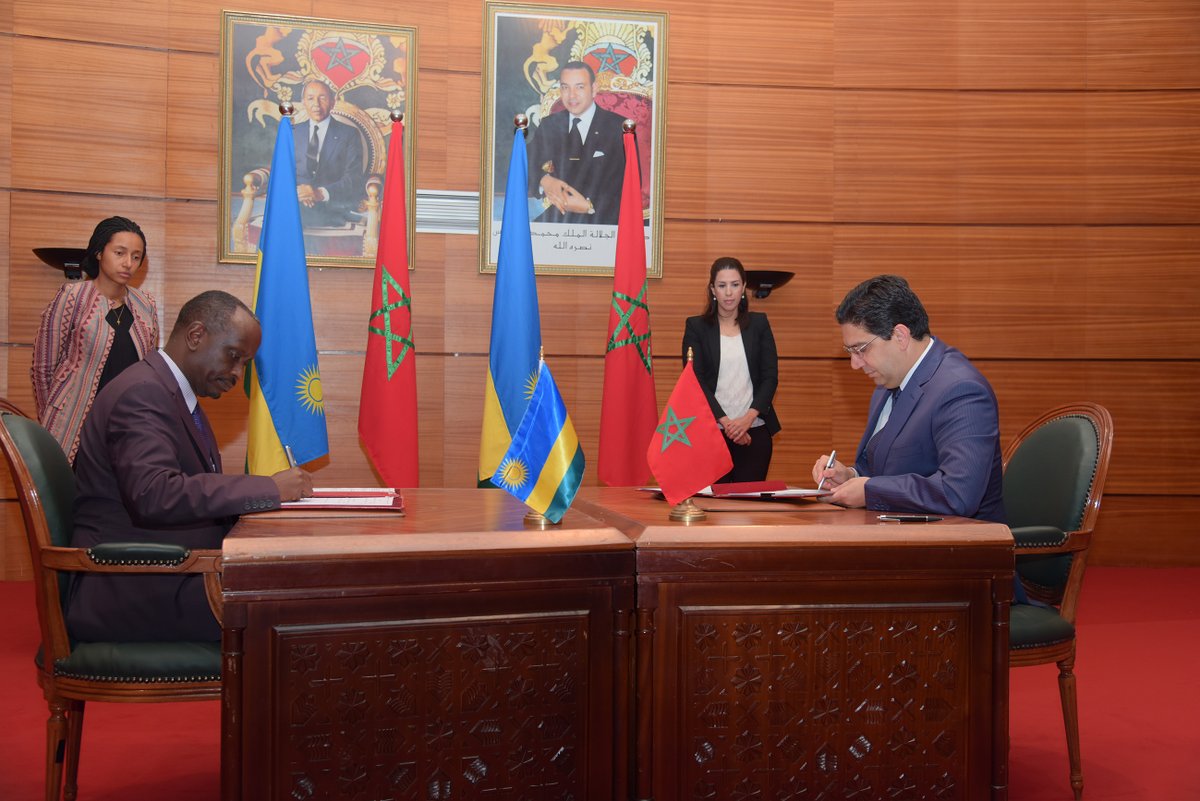 This puts Morocco on the list of countries that signed the biggest number of cooperation agreements with Rwanda in a row.

In October 2016, Morocco and Rwanda signed 21 hot deals of projects on a -3 day historic visit by Morocco’s King Mohammed VI.

Rwanda Asking Uganda Nothing Else, But, ‘Good Faith’

At the 2018 end of year message, President Kagame had indicated that the relationship of Rwanda and African sister countries was good, but “there are still challenges in our region.” 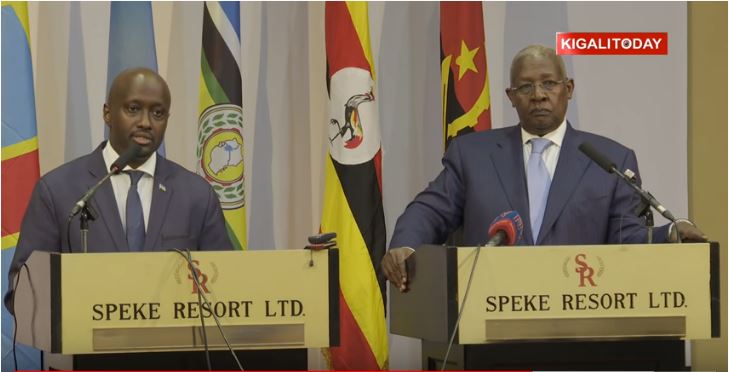 He indicated that some neighboring countries kept fueling anti-Rwanda armed groups like the so called Democratic Forces for Liberation of Rwanda – FDLR and other negative forces.

The president was clear that, “for one neighbor, we expect it. However we are surprised by another neighbor.”

The president said that Rwanda had evidence of clear complicity “despite public denial.”

He said that Rwanda would continue to discuss the matter with other neighbors in the spirit of African solidarity.

Rwanda relationship with two countries including Burundi and Uganda has not been good since a couple of years now.

The main issue that crossed 2018 and kept worsening relationship this ending year was with Uganda, a country that Rwanda consistently blamed of supporting  negative forces of Rwandan dissidents who have been organizing themselves and trying to sabotage Rwandan security.

Rwanda showed the world several arrests and torture of its citizen in Uganda.

In the last three years, hundreds of Rwandans were tortured and dumped at the Uganda – Rwanda border. Some succumbed to the injuries while others sustained permanent disabilities. 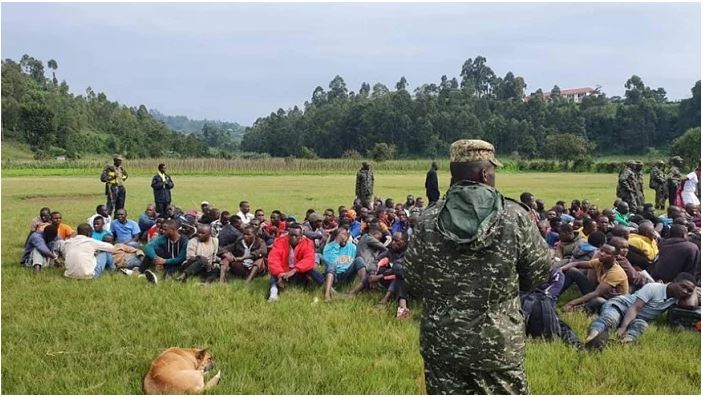 Uganda’s Chieftaincy of Military Intelligency(CMI) is accused to have a hand in this, and several members of government in Uganda, to be in bed with Rwanda’s dissidents who made Uganda the military base against Rwanda.

Angola, and Democratic Republic of Congo (DRC) volunteered to mediate, but Rwanda said, that “good faith” is still required on Ugandan side, if this saga is to end.

A commission bringing Rwanda and Uganda delegates was put in place, but little is being achieved.

The second meeting of the Ad Hoc Commission on the Implementation of the Luanda Memorandum of Understanding between Rwanda and Uganda took place in Kampala, Uganda on December 13, but they failed to agree on recommendations.

Rwanda said that Uganda still lack commitment and has continued to support armed groups, and keeps arresting Rwandans on baseless grounds. Rwanda maintains that Uganda  is carrying on hostile propaganda against Rwanda in its government mouthpiece.

Rwanda indicated that Uganda is bringing border closure as scapegoat, and is impeding business flow between communities of both countries. 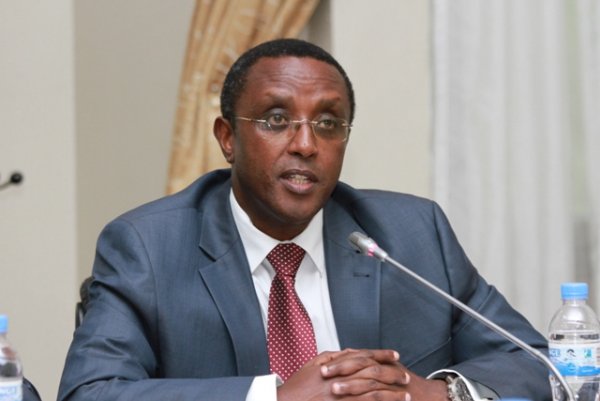 Meanwhile, back home, the new head of diplomacy will continue to follow up on this matter. Dr. Vincent Biruta was appointed to replace Dr. Richard Sezibera in November this year.

However, the issue of Rwanda-Uganda crisis will be submitted to the heads of state of both countries instead of having other commissions created.

The year 2019 having been a good year despite this bad relationship with the neighbor, Kagame believes that the next year will be even better.