The Ministry of Emergency Management said more could have died, had government not relocated people from wetlands across the capital Kigali.

It was a tough task for Rwanda Police officers who endured heavy rains that hit almost every corner of the country on the Christmas eve, to work beyond expected and rescue people who were in the middle of deadly floods caused by heavy rains.

The agency said the cause of the heavy rains across Rwanda was due to strong winds that abruptly made a U-turn from the Western part of Rwanda – driving away moisture within the Congo forests towards Rwanda.

Initially the winds were coming from the Eastern part of the country going west, the agency said. 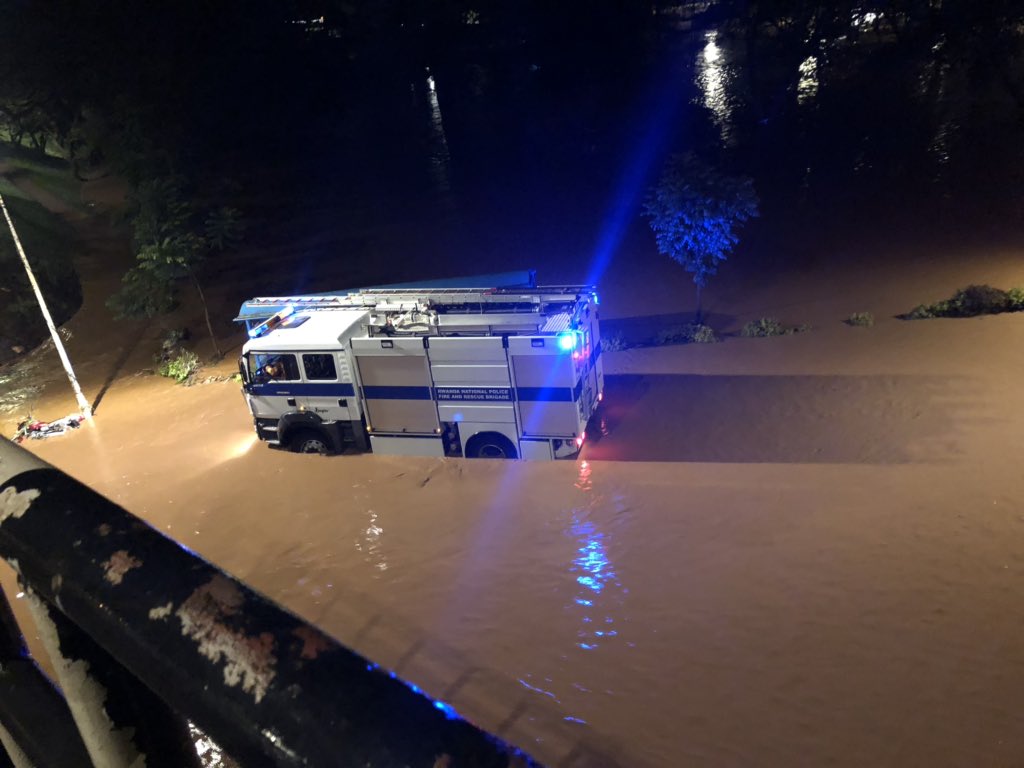 A video of a public transport bus was captured with a woman screaming in the background calling on God to save them from an impending death. 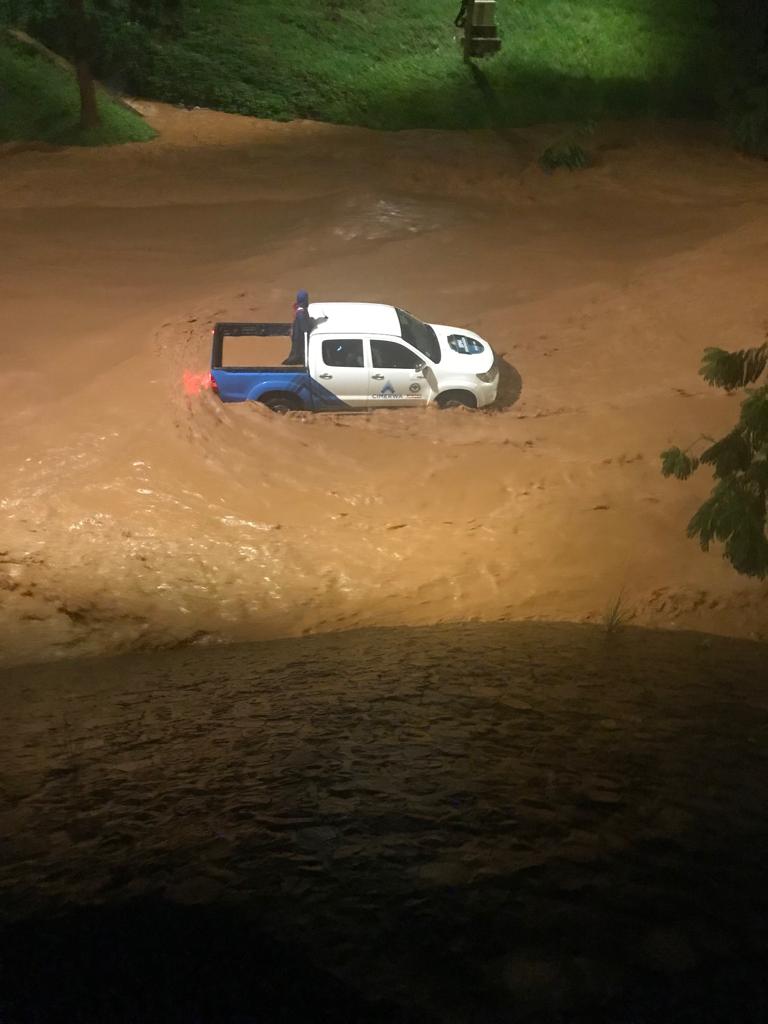 Traffic Police vehicles could also be seen trying to save people.

On Thursday morning, a Rwanda Police breakdown truck was seen retrieving a brand new but seemingly destroyed vehicle from a deep trench in Nyabugogo suburb.

According to reports on ground, the vehicle was parked in a garage in Kimisagara – a few distance from Nyabugogo in Nyarugenge district when heavy rains estimated at 140mm swept it away. 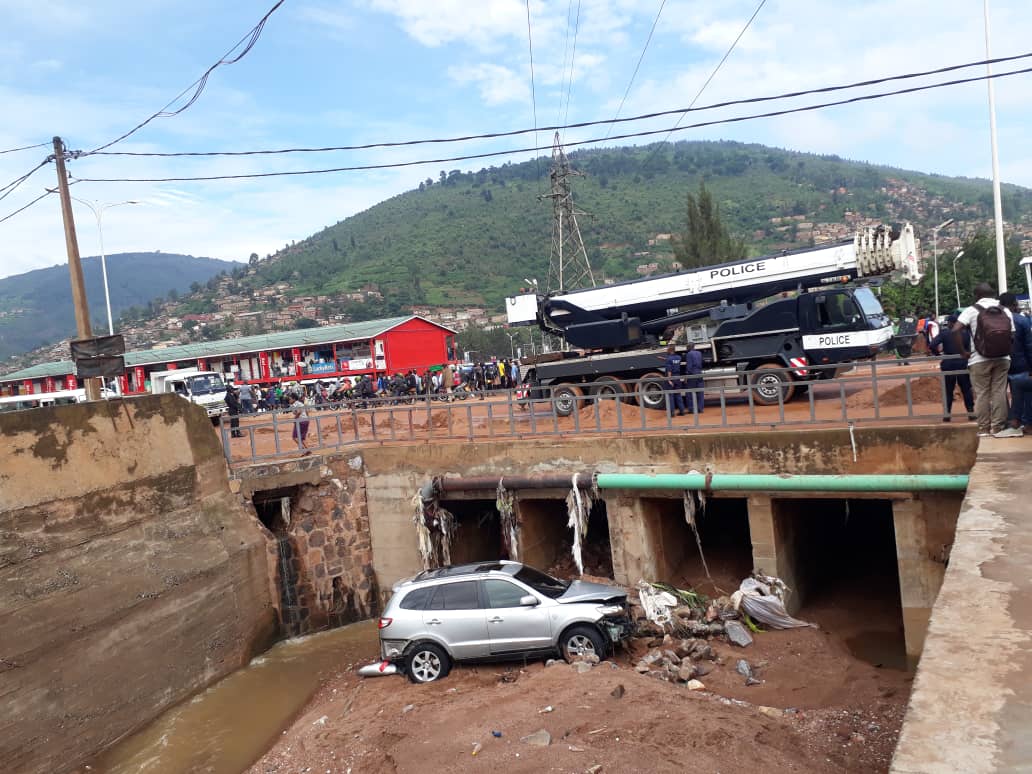 Several other roads remained  impassable throughout the night as Police worked around the clock to clear them.

This morning, Rwanda Police issued a statement saying the roads have been cleared.

Police further issued guidelines to passengers and drivers to avoid different risks including; not attempting to drive through a flooded area and parking under trees. 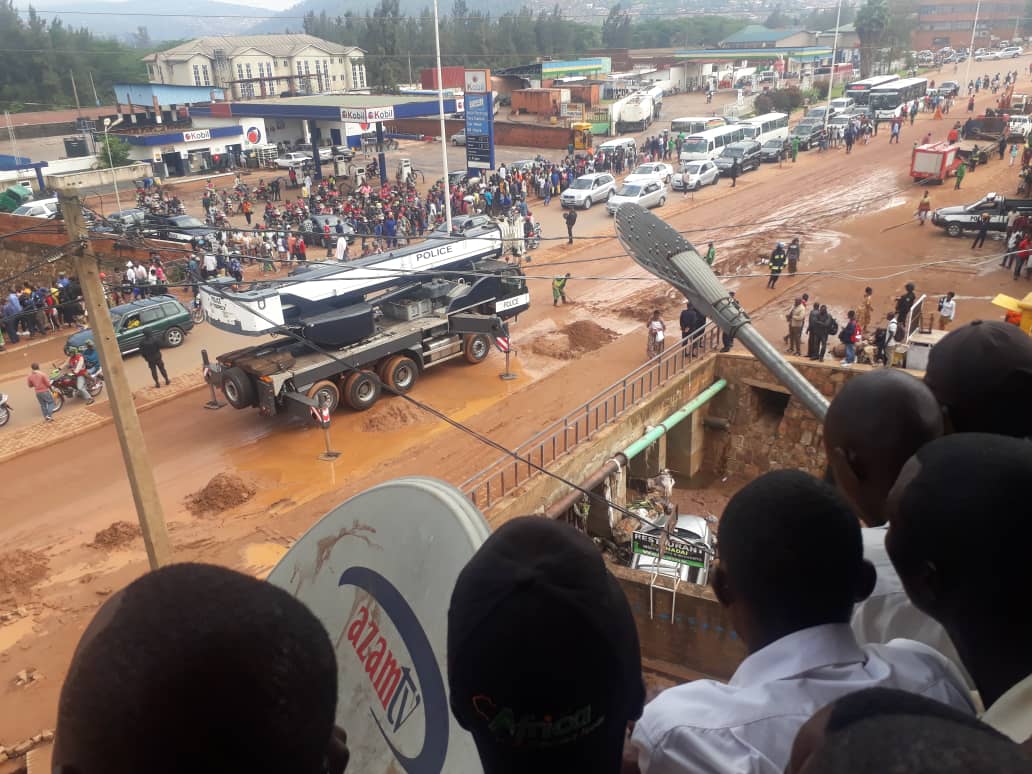 “If it is too clouded, pull over and wait.
Reduce the speed. Abide by instructions of traffic police officers deployed on the road. Thank you,” Police further warned. 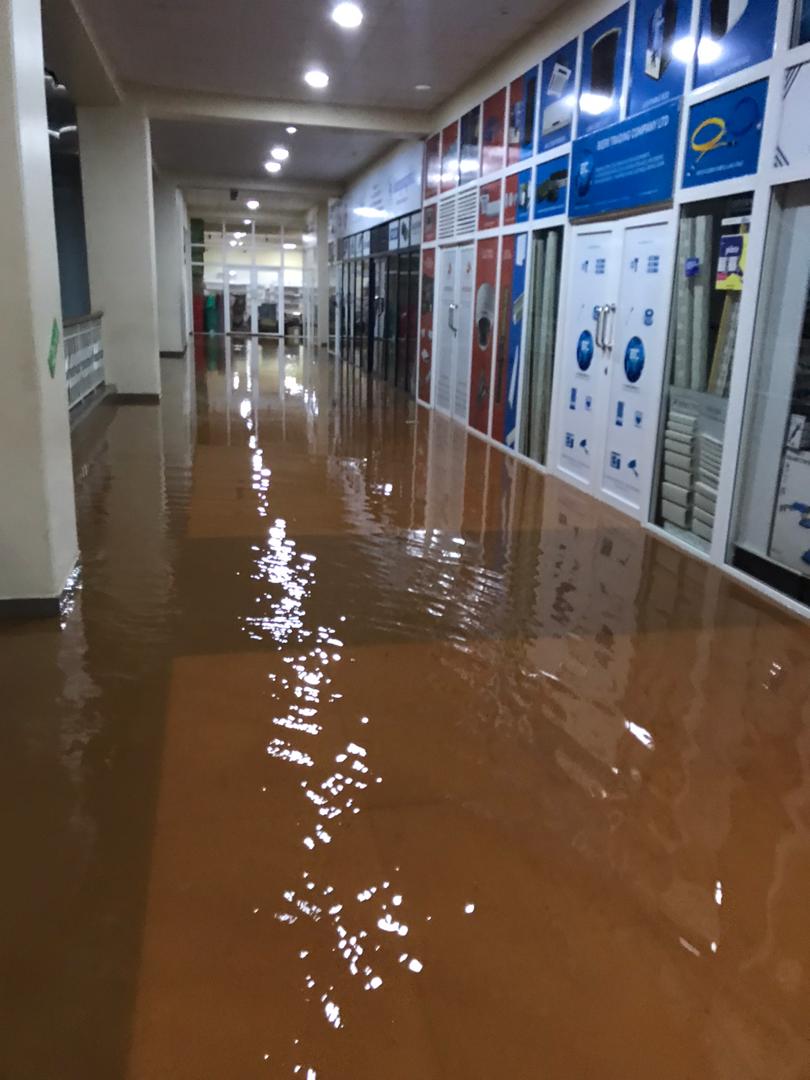 The Ministry of Emergency Management and Refugees warned people to travel using rainwater flooded roads and advised those living in high-risk zones to vacate them as a matter of priority.

“During this heavy rain period, MINEMA reminds Rwandans to avoid traveling utilizing rainwater flooded roads. Further, people living in wetlands and other high risk zones are requested to relocate to save their lives and properties,” the Ministry said in a tweet. 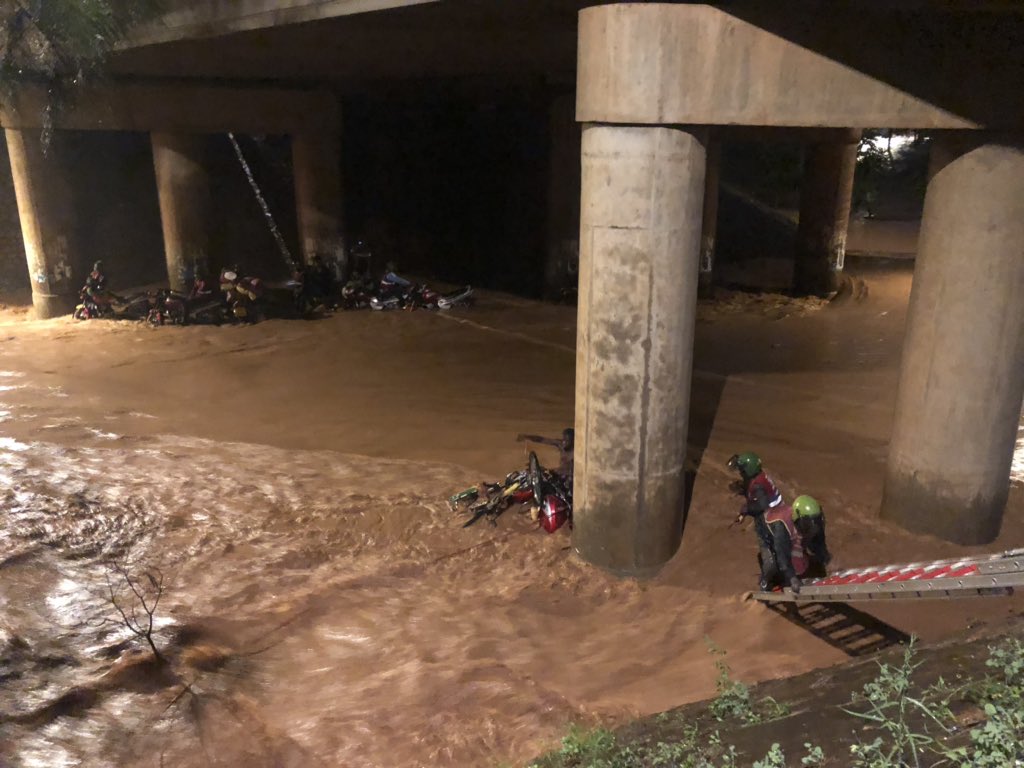 Since last week, government started to destroy houses located in wetlands  – a move that attracted mixed reactions. Government said its doing in the interests of saving its citizens.

From January to December this year, Rwanda lost 117 citizens to disasters including lightening, floods, mine disaster and house collapse, among others. 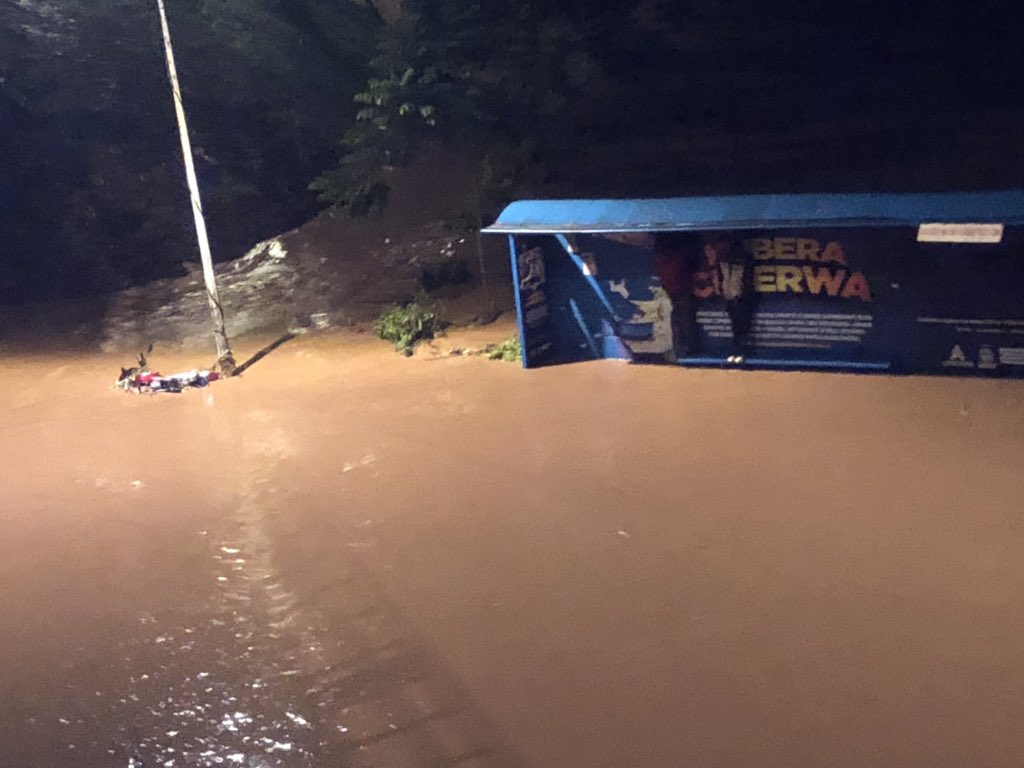 The previous year, the country lost double this number, and the government officials said, that was bad enough to trigger action against disasters.

At least 7,222 activities are established in wetland in the capital Kigali, including more than 2500 houses that host nearly 6000 people. 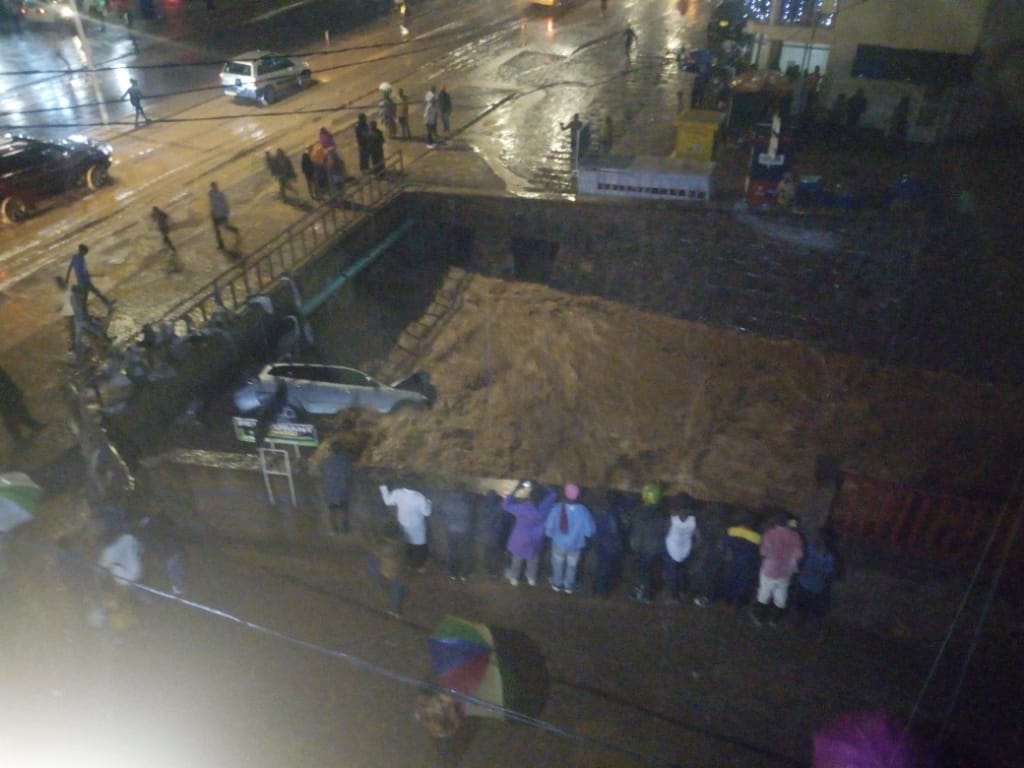 By press time, Ministers of Local Government Prof. Anastase Shyaka, Claver Gatete of Infrastructure, City of Kigali Mayor, officials from the Ministry of Dasaster Management and Refugees as well as Police officials were convening a press conference to issue updates on the aftermath of last night disasters. 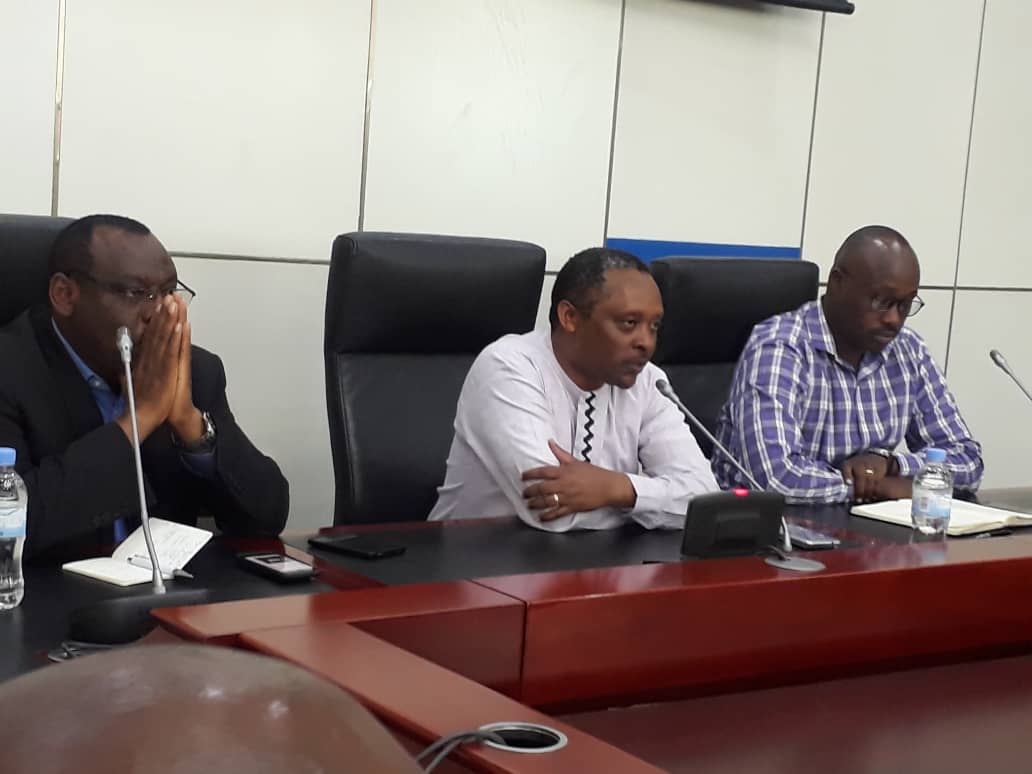 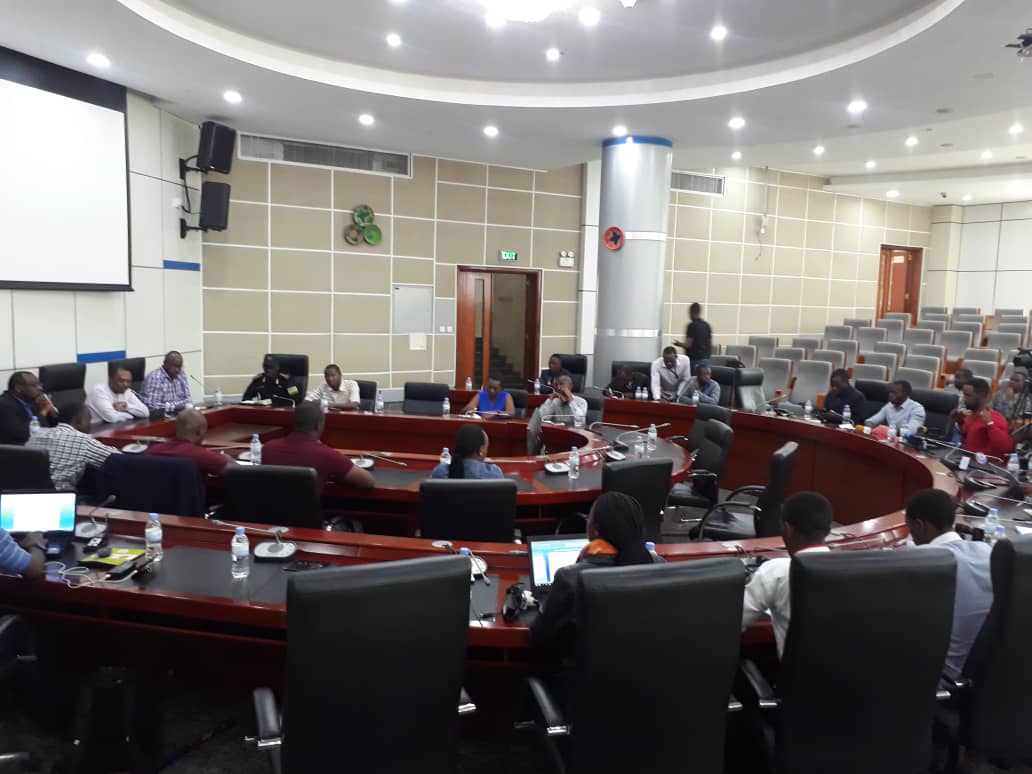