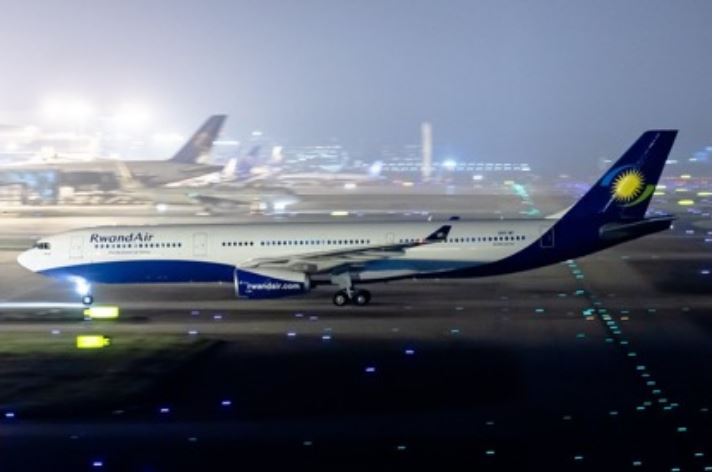 National carrier RwandAir has suspended flights to and from the Chinese city of Guangzhou following declaration of the Coronavirus outbreak as global public health emergency.

The airline in a statement on Friday said flights to the Asian country will be temporarily suspended until further notice.

“RwandAir has temporarily suspended all flights to and from Guangzhou effective 31st January, 2020, until further notice. This follows the declaration of a Public Health Emergency of International Concern by the World Health Organisation, the WHO, in relation to the coronavirus outbreak,” a statement issued by RwandAir reads in part.

The airline said affected passengers will be re-routed, refunded or allowed to change their tickets to a later date but flights between Kigali and Mumbai remain operational.

The RwandAir CEO Yvonne Manzi Makolo confirmed the development to KT Press, saying that the airline will continue monitoring the situation.

“We will continue monitoring the situation and provide updates on when we’ll resume,” Makolo said.

The airline apologized to passengers for inconveniences caused, adding that they will continue updating them on the situation.

An earlier statement indicated that the Rwanda Civil Aviation Authority (RCAA) is in the process of notifying other airlines entering Rwanda that any passengers on board their aircraft, who have travelled from China, will upon arrival be screened for potential exposure to novel coronavirus, and may be quarantined for two weeks for observation and case management.

On Wednesday, RCAA together with Ministry of Health and Rwanda Biomedical Centre (RBC) said that a 24/7 Epidemic Rapid Response Team had been deployed at Kigali International Airport (KIA) to prevent possible imported cases of the new Coronavirus to Rwanda.

RwandAir flies to Guangzhou, the provincial capital of Guangdong three times a week: on Tuesday, Thursday and Saturday, with a stopover in Mumbai.

It is considered one of RwandAir’s lucrative routes, given the volume of trade between Rwanda and China.  The airline operates the route with Airbus A330 with triple class cabin equipped with state-of-the-art technology, including on-board WiFi and in-flight entertainment, among other offers.

China is one of Rwanda’s biggest trading partners of Rwanda, with imports from China growing at 13 percent annually, amounting to approximately $400 million annually.

WHO declared the coronavirus a global emergency on Thursday as the outbreak of the virus continues to spread outside China.

Dr Tedros said that the world body is concerned that the epidemic could cause more damage if the virus spreads to countries with weaker healthcare system. The U.S has warned citizens against traveling to China.

Chinese authorities say they will also bring back citizens from abroad particularly those from Hubei province because of the practical difficulties they are facing abroad.

The virus has so far killed 213 people in China, mostly in Hubei, while 9, 692 are affected by the virus.