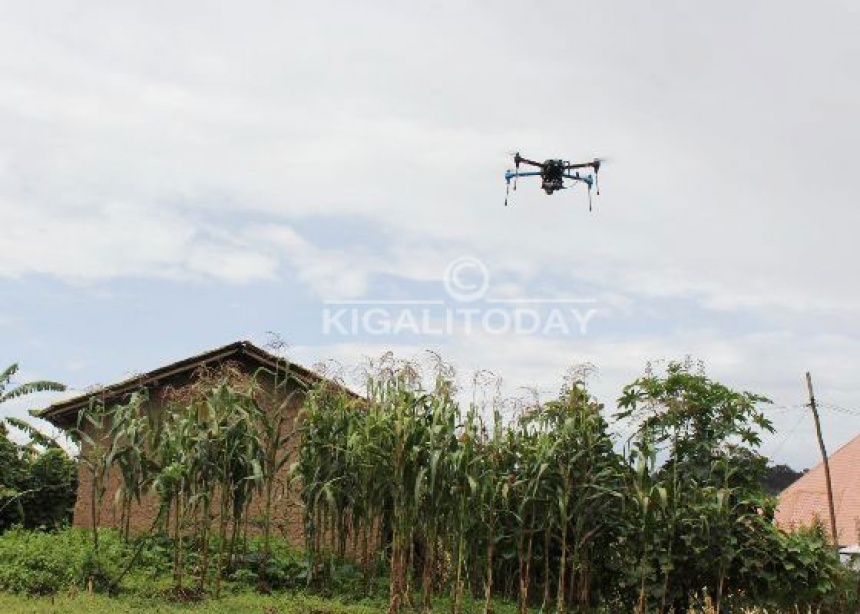 Institute of Applied Sciences (INES-Ruhengeri) begin using Drones in Research. Health Ministry will today launch the use of drones in spraying larvicides to eradicate Malaria.

Health Ministry will tomorrow start using drones to end Malaria. Rwanda says it will deploy drones in mosquito breeding parts of the country to spray larvicides in a new move to eradicate Malaria.

In the past four years, Malaria-caused deaths reduced by 60%, according to Health Ministry.

In 2015, around 663 people died of Malaria, with 200 deaths recorded last year, according to Dr Patrick Ndimubanzi – State Minister in the Ministry of Health.

One of the strategies for reduction of the number of people dying of Malaria, was distribution of medicine to Health councillors across the country for quick diagnosis and treatment, Dr Ndimubanzi told journalists during a media briefing on Monday.

Last year, 3.7 million people were diagnosed with Malaria – up from 4.8 million in 2017 representing 21% reduction, according to Dr Aimable Mbituyumuremyi – Head of Malaria Division at the Ministry.

For the first time, the country will, tomorrow, January 28, start using drones to spray larvicides in vast mosquito breeding sites such as swamps – an initiative that seeks to complement a set of existing strategies to prevent and combat malaria in the country, Health Ministry officials said.

The launch excercise will take place in Jabana Sector, Gasabo district in the capital Kigali.

If successfully executed, the initiative will contribute to achieving zero malaria in Rwanda by 2030.

In October 2016, President Paul Kagame launched the country’s first ever drone port in Shyogwe sector, Muhanga district in Southern Rwanda where he witnessed the first test of blood delivery by unmanned Aerial System.

Since then, drones have been used in other projects including research.

Rwanda to Get a Share of the $14.2bn Fund to Fight Malaria, HIV/AIDS and TB