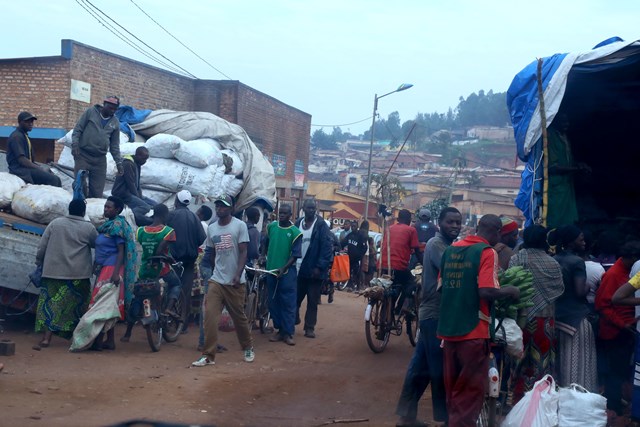 It is 7:30am on a Friday morning, the hustle and bustle in Batsinda market can literally be physically felt. Young rugged men carrying sacks of foodstuffs and charcoal on their shoulders whistle incessantly asking for way. When you delay a bit, they will shove you aside with brutal force.

The small corridors between stalls in the market which is set up on a slope are too small for everyone to squeeze in. Life here is fast. When you drag your feet, you risk being knocked over by the touts moving merchandise.

Food here is affordable. A kilo of tilapia, which normally goes for Rwf3, 000 in other markets like Kimironko or Kabeza, costs Rwf2, 500. Other food items like bananas, potatoes and cassava cost less by between Rwf200 and Rwf150 compared to the prices in other markets in the city.

She however adds that unlike other suburbs of Kigali, rent and the cost of living in general is still affordable, hence business is not bad for them –at least for now. 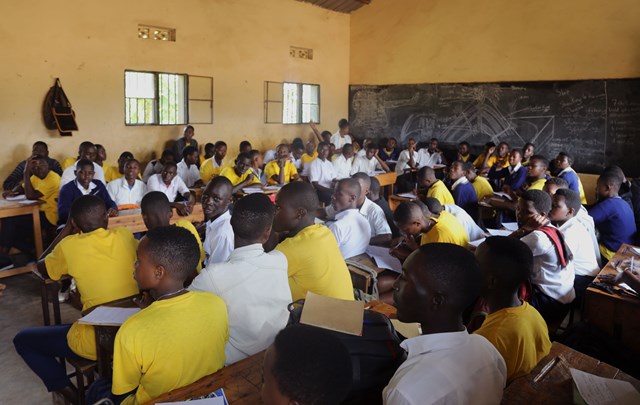 “It is a different world here. Don’t show my images,” she says with a chuckle.

“In the village, they think I am in the City of Kigali making money, yet I am here in Batsinda,” she jokes.

Indeed, it feels like a different world altogether yet the area is just 15 minutes away from the Central Business District–about 7.2km from the city centre.

Until 2008, Batsinda, which is located in Kagugu Cell, Kinyinya Sector, was a remote part of Gasabo district, with just forests, farms and sand mining activities but following the expropriation of lower Kiyovu, formerly known as “iKiyovu cy’abakene”, the area came to life when families were relocated there.

Though still a ‘developing suburb’ of Kigali, development is fast catching up with the area. Atop the hill, a massive modern ADEPR Church hovers menacingly above the congested unplanned settlement below. A tarmac road is fast approaching the area, coming from Kagugu centre.

Few meters away, high-rise apartments are fast coming up and just across the valley, Rwanda Social Security Board (RSSB) and other developers are building affordable housing estates. It won’t take long before the area is fully urbanized. 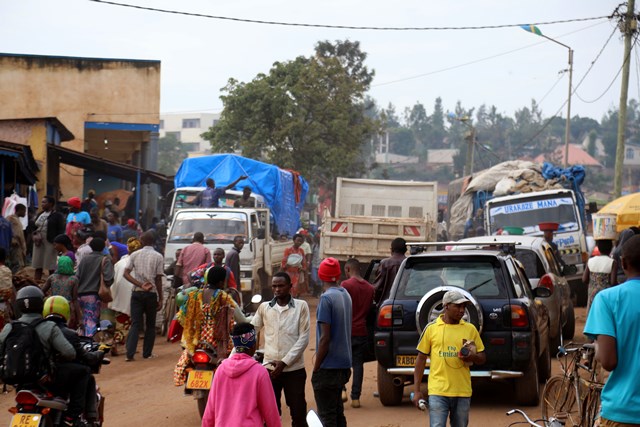 Daniel Mugabo, the Executive Secretary of Kagugu Cell says that at the moment, only those building modern houses or want to renovate and modernize are the ones getting permits but ultimately, the vision is to make housing in the area affordable for the people living there.

At the moment, low income city dwellers feel at ease in Batsinda-Kagugu, where they feel the ‘development effect’ has not affected the cost of living there but they know it is coming. For those who work in the city centre and surrounding areas, the area remains near and convenient compared to other parts of Kigali, and affordable at that.

The fare from Nyabugogo or town remains Rwf216 in public busses. It is the busiest route for operators, with a bus filling up in less than 10 minutes at any given time and taking between 15 to 20 minutes to arrive in Kagugu.

According to Local Administrative Entities Development Agency (LODA), population figures updated at the end of 2019 showed that Kagugu Cell had 49,288 people spread in 13, 080 households. 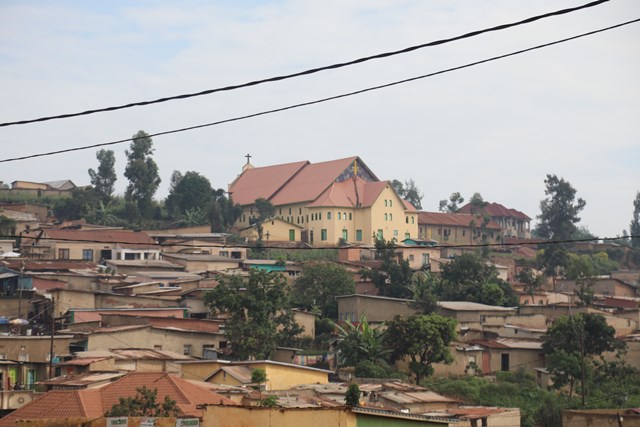 ADPR church dominating the slums in the cell

To understand how populated Kagugu is, most sectors (sectors are obviously bigger than cells) average populations of between 8, 000 and 14, 000 in the City of Kigali or elsewhere.

For a cell to have more than 49, 000 people, it is overwhelming not only for local government entities, but also other services such as education and healthcare, requiring service providers work around the clock to ensure that people get served.

“We think it all goes down to affordability of food and accommodation here. Over the last three years, we have seen a number of trading centres and settlements popping up. From Batsinda to one they have named ‘Kiyovu’, to Akadobogo and Mw’ibereshi, all these are new centres that came up recently,”

“They are affordable. Most people of low income status feel this is where they belong. 70 percent of the inhabitants are engaged in small businesses. These are places where most people expropriated from elsewhere or those who have just come to Kigali settle due to how affordable things are,” explains Mugabo. 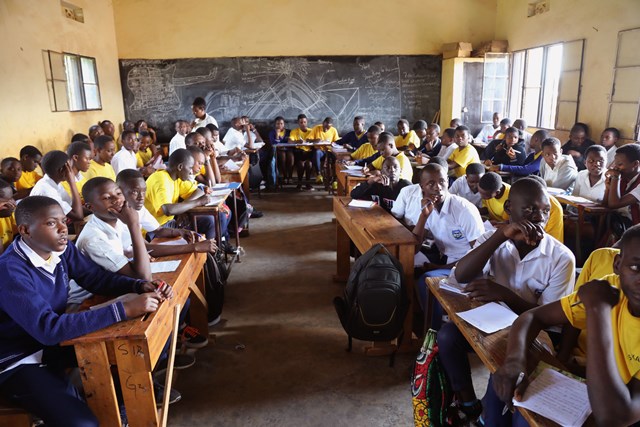 The Executive Secretary also explained that given the nature of settlement patterns and the people living there, the leadership works nearly 24/7 to ensure security and prevent crimes as well as possible cases of Gender-based violence.

“Given the economic status of the people and way of life, one would think that crime and GBV would be the order of the day. On the contrary, that is not the case. We are happy that crime rates have gone down. We now receive about 20 cases a month. This is not bad compared to the population we have,”

“Most of these cases are not serious. We have security teams (Irondo) patrolling the area day and night to avoid any incidences. It has worked. We probably have the most efficient security team in the City of Kigali,” Murenzi explains, adding that they raise over Rwf9m security fees. 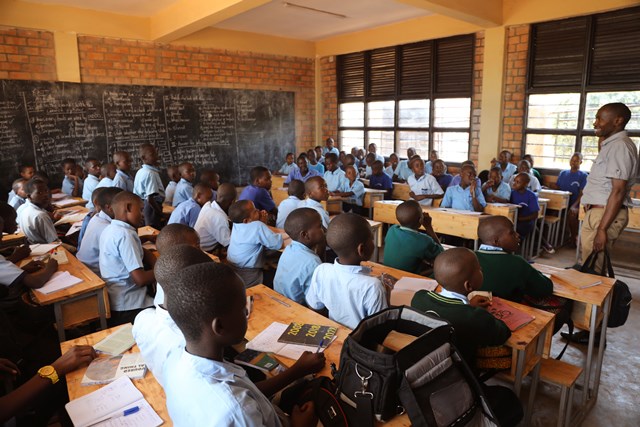 Previously, the area was home to Nyabugogo’s delinquent thugs commonly known as “the Marines” who also found life in the area affordable.

“They all lived here,” says Veneranda Mukankuranga, a parking attendant, adding that “today they are forced to work for a living like anybody else”.

Most of them are touts, offloading trucks and carrying merchandise for traders but Mukankuranga warns that there is no room for laxity.

“When they get a chance, they take whatever is at their disposal,” she says, adding that often she has to keep an eye on the parked cars so that they don’t break in. 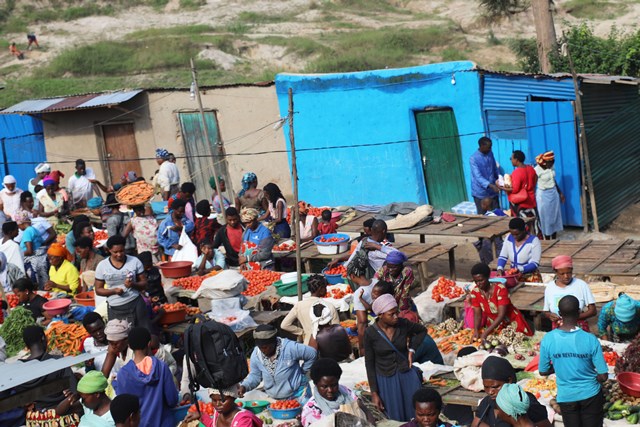 With just Rwf300, one can have a full meal in the restaurants around Batsinda trading centre. With an additional Rwf300, the meal comes with meat.

Murenzi says that there are plans to upgrade the trading centres with modern markets and well organised streets. With a number of affordable housing projects coming up, he also says people in the area should be the first to benefit.

But people like Uwicyeza, who are wary of development coming faster, are already thinking of relocating elsewhere.

Cooperative Tera Imbere Kinyinya has already floated plans of building a modern market in Batsinda but Uwicyeza and other women trading in fish feel they will be knocked out by the required contribution of each member, since they don’t make much of a profit.

According to Murenzi, there are plans to support the efforts of the citizens in their plans to develop themselves but the government will only come in to support people’s efforts. 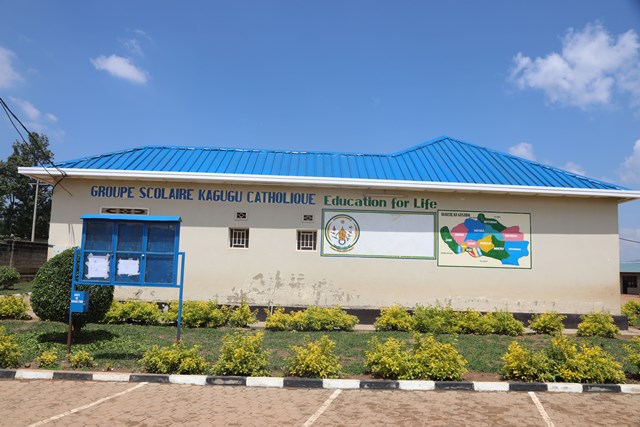 With the sheer numbers, it means that local government offices, schools and health centre in Kagugu, receive the highest number of people seeking services than most cells in the country. On average, the cell office receives between 200 to 500 people on a daily basis.

“On Friday, we receive the lowest number, about 200 people. But mostly we handle between 300 and 500 people. We try our best to give fast services to ensure that all of them are served,” explains Murenzi. 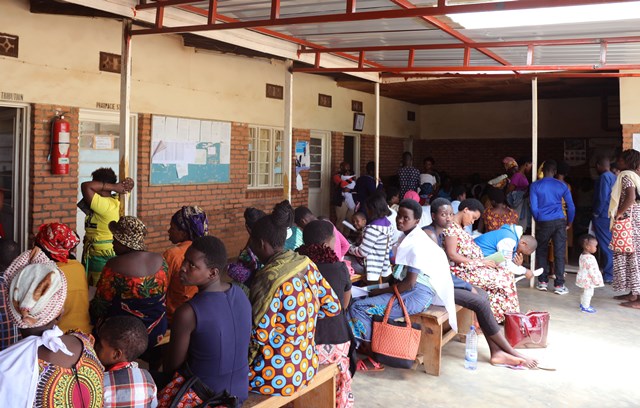 The cell has about 15 private schools and one public school, Groupe Scolaire Kagugu Catholique, which has both primary and secondary sections. The entire population of the school is a whopping 7, 568 student population.

According to Isaac Irutingabo, the head of student disciplinary department, the school has about 54 classrooms with the primary section having 5, 935 pupils while secondary section has 1, 633 students –this is the biggest population of any school in Rwanda.

“They have to study in shifts, except P.5 and P.6 and the secondary section. Each class about 7 streams, a stream has between 85 and 100 students,” Irutingabo says. Three to four students share a bench.

“We are overpopulated. We need more classes but we perform well. About 75 percent of the students pass well. The government has been building more classroom blocks but they are still not enough,” he says. He also said they lack enough playgrounds to allow kids time to play and explore different games. 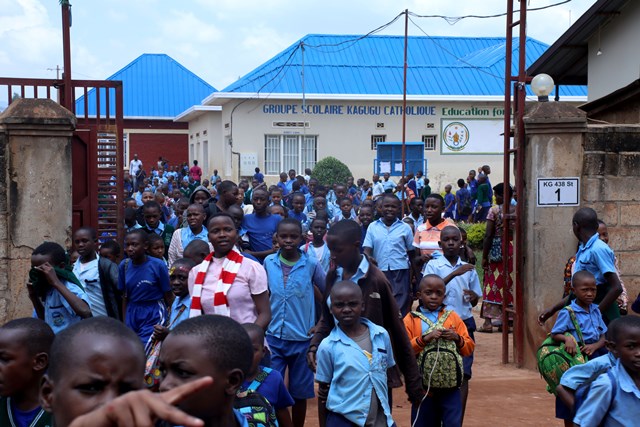 At Kagugu Health Centre, Doctors and nurses work extra time to deal with the many patients not only from Kagugu Cell, but also Musezero Cell of Gisozi Sector, which is the second most populated cell in Rwanda. The cell is also served by the same health centre.

According to Joseph Mushatsi, the Director of the health centre, they receive about 86,406 patients a month.

“On a daily basis we receive about 160 outpatients, about 40 women who come for antenatal services as well as those who come for vaccination and family planning services. On average, we receive at least 500 patients daily.”

“Being near the road, the health centre is convenient for other patients, not necessarily those from the two cells,” Mushatsi says. 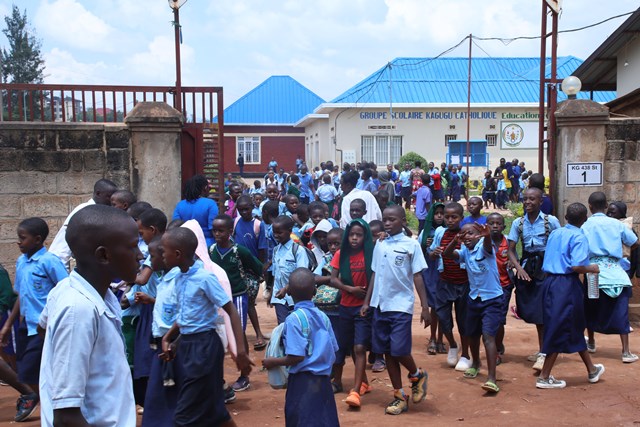 “We get overwhelmed but we make sure everyone who comes gets the services,” says Mushatsi, adding that a nurse can handle as many as 80 patients a day.

He said the main challenge is malaria, which is attributed to the nearby marshlands of Kabuye which produce the dangerous anopheles mosquito.

Regardless of the challenges, life in Kagugu seems pretty affordable and harmonious. According to The Executive Secretary Murenzi, the cell is among the cells which register the least crimes in the City of Kigali.

Nightlife in Kagugu is also buoyant with some bars and local hangouts which are teeming with drinkers every night. One popular bar known as “Mu Biziriko” is said to operate 24/7. Prostitution is also rampant in the area.

All Photos by Roger Marc Rutindukanamurego