Tour du Rwanda, the cycling competition organized by the Rwanda Cycling Federation (FERWACY) is becoming a race where cyclists can expect to gain fame.

Several names on the local scene have in the last two decades registered high performance and have become the talk of the community.

Here is the list of top ten Rwandan cyclists who owe their fame to Tour du Rwanda.

The following presentation is random-it does not follow any ranking. It is just our proposed list of the top ten.

The 33-year-old started amateur cycling at the age of 16 and his talent was noticed by former professional cyclist, Jonathan Boyer, who was working in Rwanda on a project to import cargo bicycles for coffee farmers.

He came into the tour in 2004, 2004 shining as 6th Overall which opened his doors to becoming the first Rwandan to take the national race in 2008, before it was an international cycling competition by the UCI in 2009.

Niyonshuti started his first UCI European road race in August 2009 with his participation in the 2009 Tour of Ireland, becoming the first Rwandan cyclist to ride in the European professional peloton. 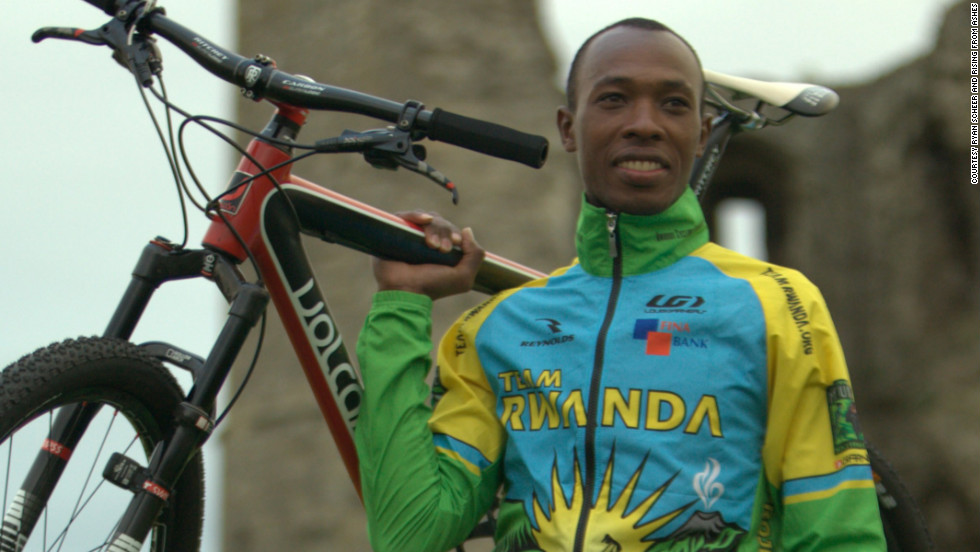 Niyonshuti qualified to represent Rwanda in the cross-country mountain bike race during the 2012 Summer Olympics in London. He was also Rwanda’s flagbearer at the opening ceremony.

Niyonshuti competed for Rwanda again at the 2016 Summer Olympics in Rio de Janeiro. He did not finish the men’s road race.

However, he was the flagbearer for Rwanda again during the opening ceremony. In 2017, he was aiming to make his Grand Tour debut.

He was the first Rwandan who rode for UCI World Tour Team Dimension Data for Qhubeka of South Africa in 2009.

He currently runs his own association and grooming project of young cyclists in his home place of Rwamagana district- a project named after himself-Adrien Niyonshuti Cycling Academy which recently inaugurated its own team Skol Adrien Cycling Academy (SACA).

From a bicycle taxi rider in Huye District to a tour of Rwanda Ruhumiriza, 41 came into the lime light joining the national team among the four pioneer members.

Before it became an international event, Ruhumuriza consecutively won the Tour of Rwanda from 2002-to 2005 and retained the same trophy in 2007 after Kenyan rider Peter Kamau took it in 2006.

After winning several internal races like the Kwita Izina Cycling Tour, he remained active in the cycling game and currently working in the national technical team, with responsibility of escorting (on a motorbike) the national team riders.

Byukusenge, a.k.a Rukamba, is among Rwandan riders of all the times who also rose as a bicycle taxi rider in Kamonyi district, to join the first four men in the national team.

Though he has never taken the tour of Rwanda, Byukusenge, 40, managed to scoop the fourth position in 2011, and eighth in 2015, but with stunning team performances at various stages including appearances in National Road Race Championships. 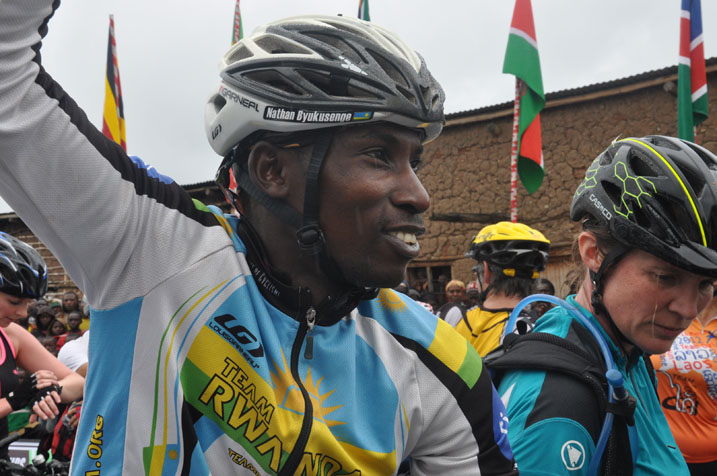 He began his career at the same time as Adrien Niyonshuti in 2003, and ended the 13-year stellar career in 2016. Today he is currently using his experience and training as coach in charge of women and the junior team of the Junior National Cycling team which is camped in Musanze district.

The 27-year-old who started as a bicycle taxi rider in Nyabihu district, and quickly rose to the national podium after coming 6th in the 2013 tour, and pushed his limits to become 2nd overall in the 2014 tour ending up as its overall winner in 2015. 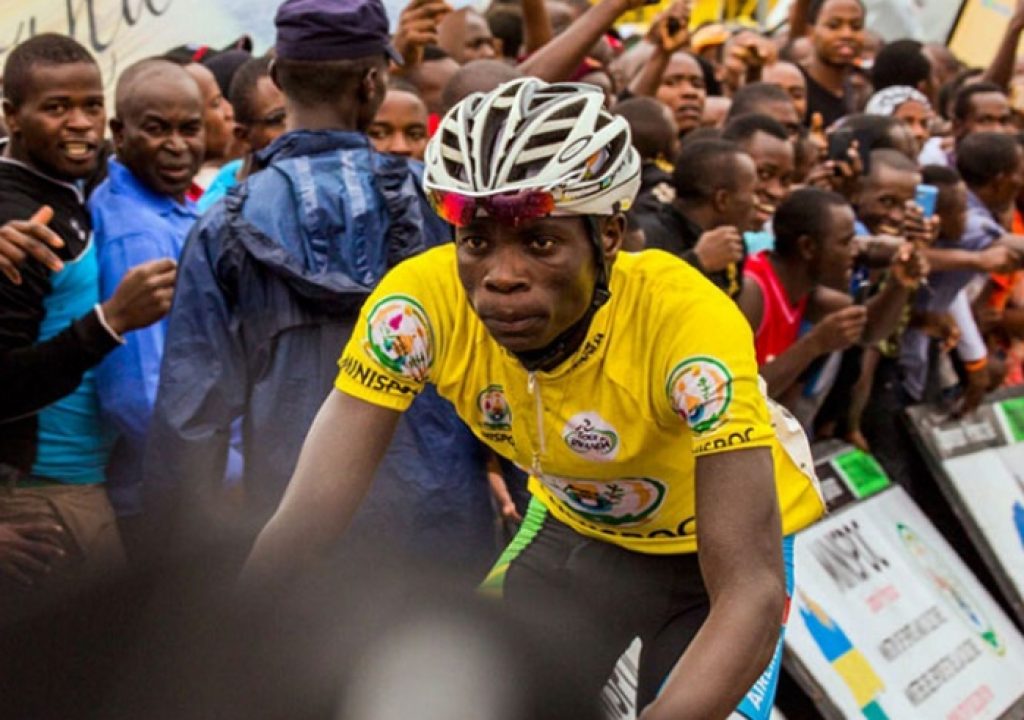 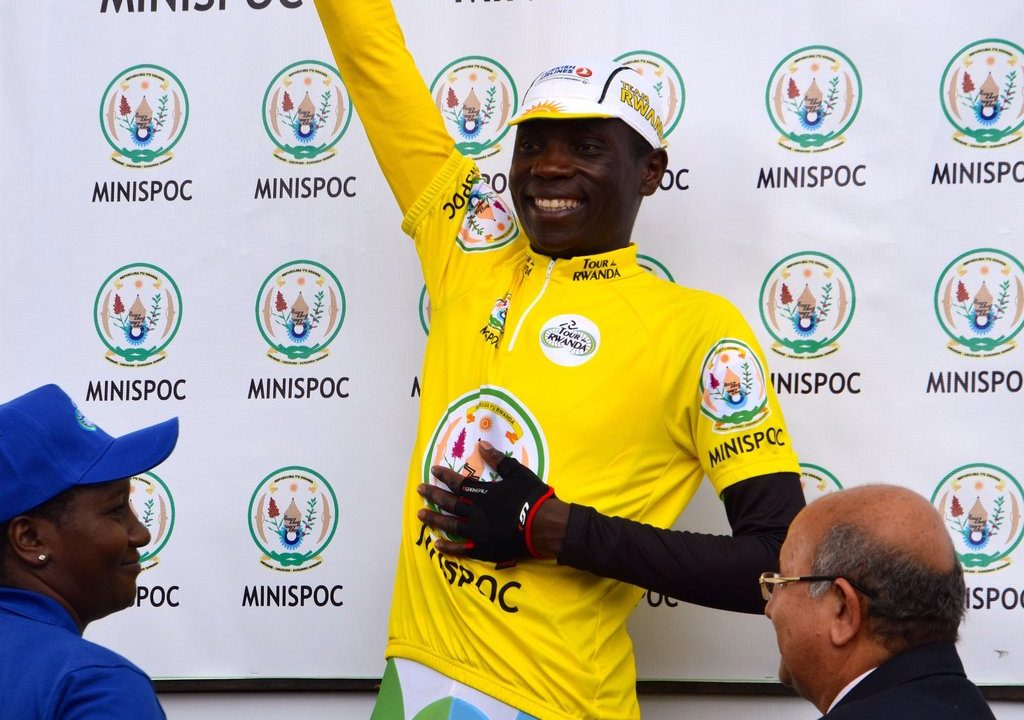 He has kept around the game since then participating in international tours, like the African games in Congo Brazaville, Tour de Blida, tour du Cameroon and the Grand Prix Chantal Biya in Cameroon, and the  GP de la Ville d’Oran in Algeria.

He was like the miracle cyclist in Rwandan history, a name that became popular and rose the hopes of many Rwandans to actually start owning cycling as a national game. 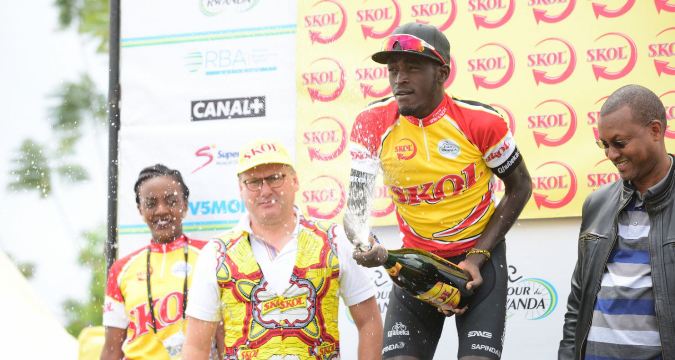 His fame of becoming the first Rwandan to scoop the tour of Rwanda (after it become a UCI calendar event) was a record in 2014 and repeated in 2016.

After touring and scooping good positions in international races like GP de la Ville d’Oran, Tour de Blida, Circuit d’Alger, Ndayisenga is considered retired and has since left for the USA to find a new life.

Hadi comes from riding passengers in Nyabihu district to set a first time record of winning two  prologues of the Tour of Rwanda in 2013 and 2014.

The cycling prologue is an individual time trial of usually less than 8 km (5 miles) before a stage race, used to determine which rider wears the leader’s jersey. The circuit occurs within the city center and raises more spectacular performers a day before the major race.

This show off, paved his way to participate in All Africa games in Brazaville, scooping 1st place in the Road race in 2015, and 8th in individual time trials and winning the Tour d’Annaba in Mountains classification and its stage 4. 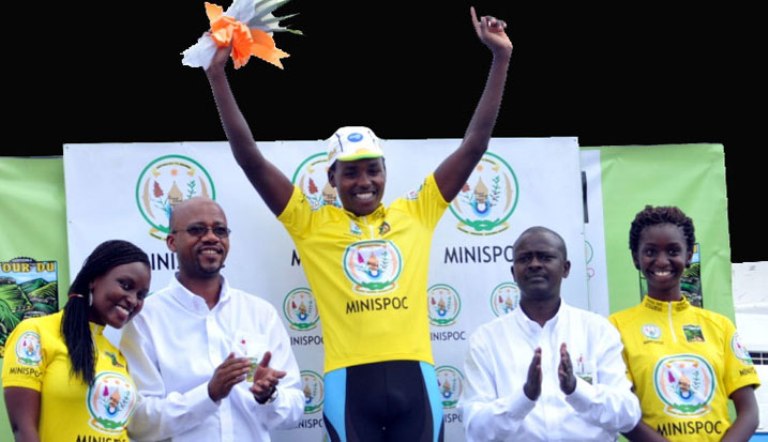 In 2015 Janvier Hadi was scouted by Garneau-Quebecor, in Canada where he clinched a gold medal in the 150kilometer race at the all-Africa Games in Congo Brazzaville. He also joined the Stradalli-Bike Aid team in German in 2017.

During his rise to fame, Hadi also won the Rwanda Cycling Cup 2016 ‘Race for Culture’. Like Valens Ndayisenga, Hadi is currently living in the USA pursuing a new life.

From a bicycle taxi rider, he in 2011 broke the record of becoming the first Rwanda to win the final 130km stage (Karongi-to-Kigali) after the tour of Rwanda was classified as UCI event.

He did the same thing in 2012, during the stage 3 from Rubavu to Nyanza, during the Kwita Izina Cycling Tour of which he emerged as 3rd overall. His love for wining stages was his mark- taking the same in Tour of the Democratic Republic of Congo- where he was 1st on Stage 6 (2013). 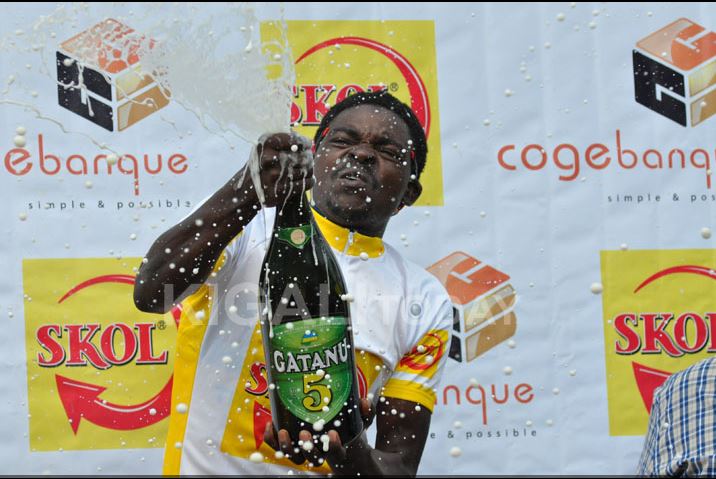 He also was first on Stage 5 in 2014 Tour of Rwanda- which he also came out as 4h overall.

His fame of ending stages with a loud cat scream with both hands open, started fading in 2016 after being involved in a race accident in Musanze district during stage 5, and spent five weeks in temporary coma- in which he woke up still riding a bicycle.

He has since retired from racing bicycles and joined moto taxi riding, a job that he is happy to do today. 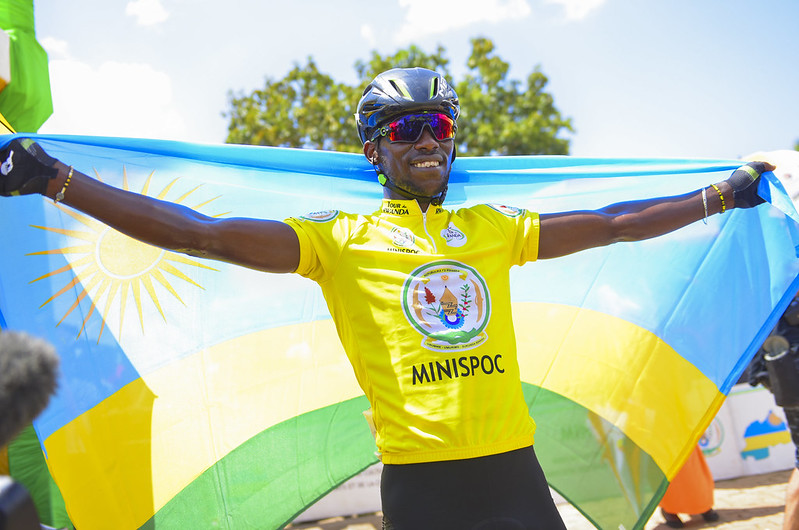 Areruya who was induced into cycling by his professional cyclist father, made Rwandans say Halleluiah in 2017 winning the Tour of Rwanda, and doing the same during the La Tropicale Amissa Bongo in 2018.

Areruya was last year awarded the best African rider of the year after winning several medals including Tour du Rwanda and La Tropicale Amisa Bongo in Gabon and the inaugural of Tour de l’Espoir in Cameroon in 2018.

Bearnard Hinault who was among the judges at Tour de l’Espoir said, “Joseph deserves this trophy this year, he has dominated all the major events in Africa before moving to professional teams, he is strong and courageous.”

This year, he comes with his young brother Barnabe Gashema, who will also be part of the national team.

The soft spoken, Samuel Mugisha is currently the Rwanda Team Captain. He joined cycling as a child from Nyabihu district entering Benediction club but quickly rose through the ranks of defending his team performance. It was in 2018, that he started shining winning the Tour of Rwanda. 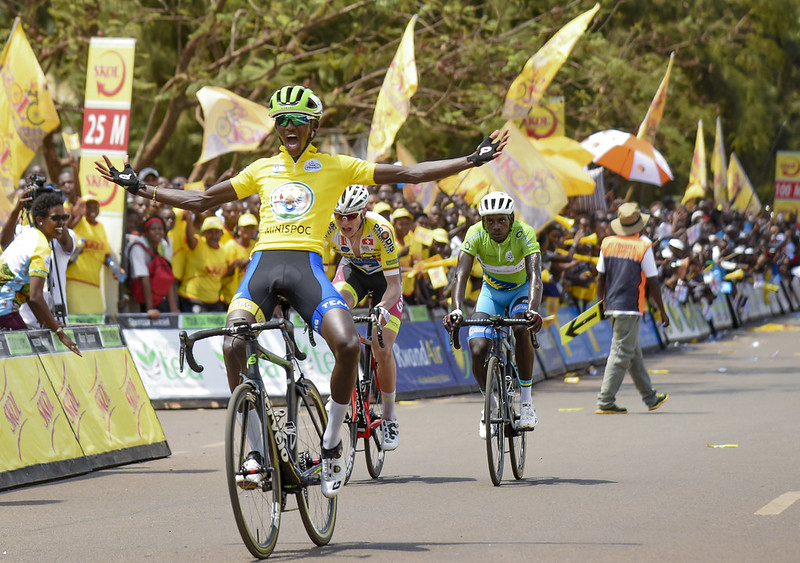 On Tuesday, February 18, Mugisha confirmed joining the LMP-La Roche Vendee cycling team in France, after Tour du Rwanda that will start on Sunday this week.

“We have completed negotiations. I will be joining the club on a three-year contract,” Mugisha said. 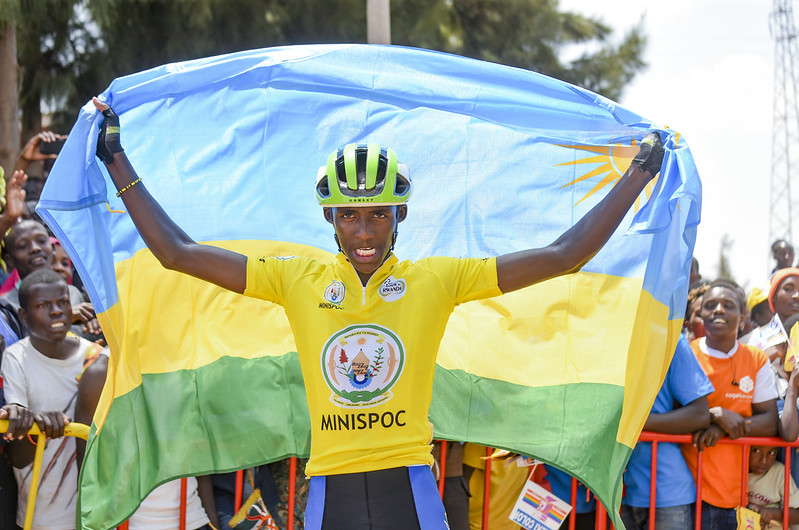 The twenty-three-year-old, Mugisha joins the French side after spending the last three years with South Africa’s Dimension Data for Qhubeka club.

Mugisha is expected to lead this year’s team to prove that Rwandans can ride.

Groomed by local cyclists in tour of Rwanda, Uwizeyimana made history by becoming the first Rwandan to win the Tour du Cameroun in 2018. 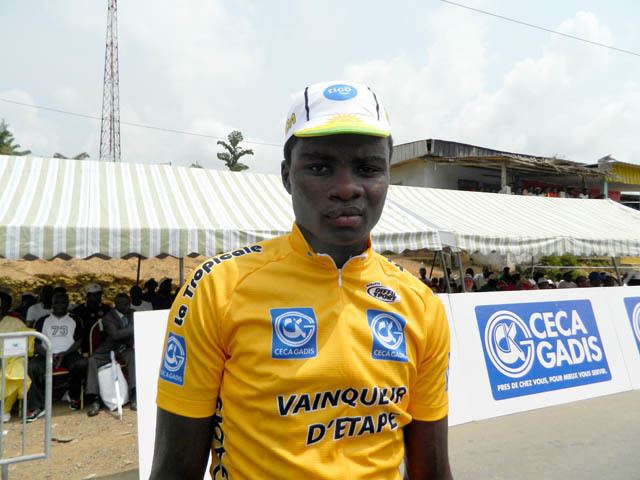 He was also the first Rwandan to win a stage (5) in the La Tropicale Amissa Bongo race in 2014,

Like some of his colleagues, he is now retired in the USA and living a new life.