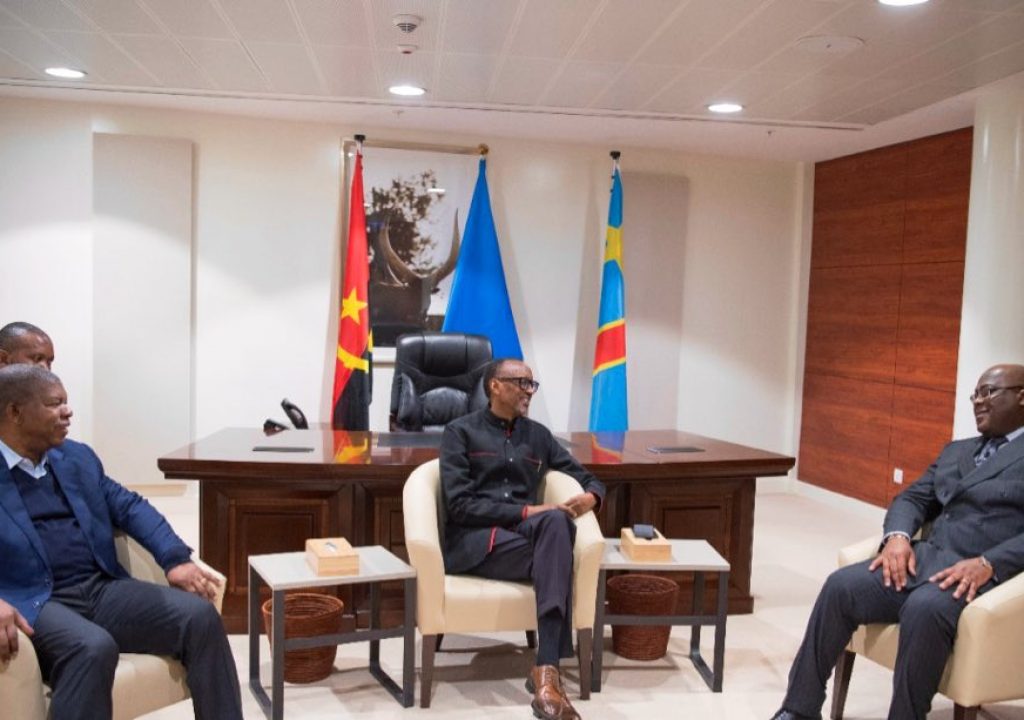 President Paul Kagame on Friday hosted President João Lourenço of Angola and President Felix Tshisekedi of Democratic Republic of Congo (DRC) ahead of quadripartite meeting between Rwanda and Uganda later today. the meeting will take place at Gatuna/Katuna common border between the two countries.

Both Presidents Lourenço and Tshisekedi have been facilitating the two presidents in the process to normalise relation between the two countries. After their meeting, president Kagame is expected to drive his visitors to Gatuna/katuna border for the meeting where they will meet Ugandan President Yoweri Museveni.