A serious accident that happened on Thursday morning involving an overloaded truck, a coaster and double cabin pick up claimed the life of Edouard Ngendahayo, the husband of Senator and former Southern Province Governor Marie Rose Murenshyankwano.

The morning accident which claimed at least 7 and injured 12 took place at Nkoto, Rugarika Sector in Kamonyi district on the highway to the Southern Province after a Fuso truck carrying tree logs lost control ramming into the Toyota Coaster and Toyoto Hilux heading towards south. 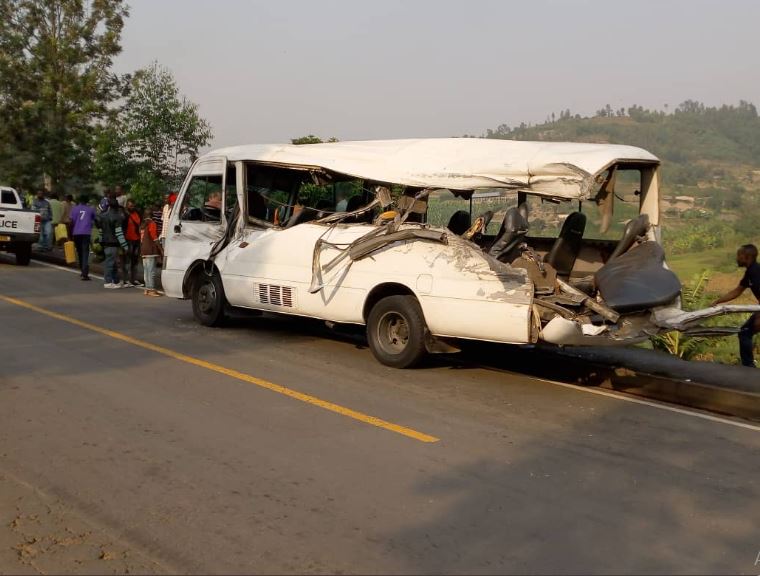 “We are still ascertaining the cause of the accident as well as gathering more details,” CIP Twajamahoro said in an interview.

Ngendahayo was in the double cabin pickup headed for a hand over function in Rutsiro district. Photos of the accident circulated on social media platforms. 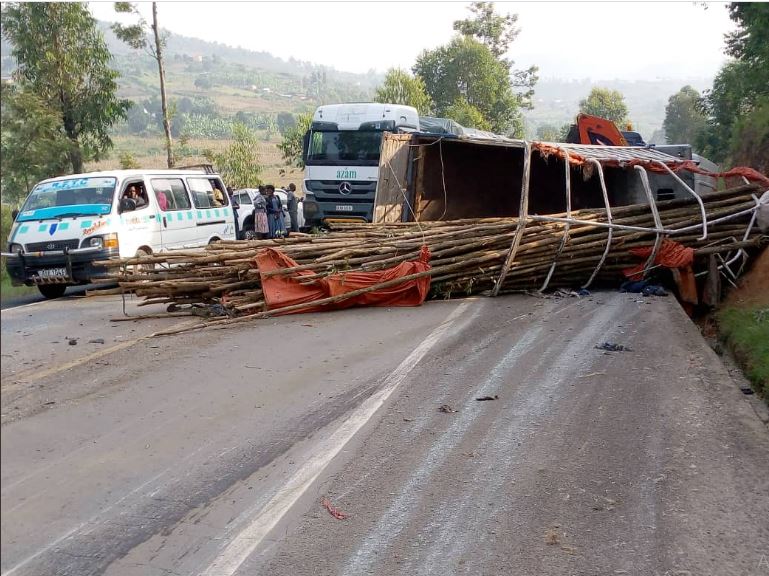 In an interview with Kigali Today, Senator Mureshyankwano confirmed the demise of her spouse in the accident which has been blamed on the overloaded Fuso truck which lost control after brake became faulty.

“It is true he passed on.  He was on the way to Kibuye [Rutsiro] on a work related trip,” the Senator said. Ngendahayo, who was 54, is said to have been driving himself to the Western Province where he was going to handover files for Rutsiro Tea Growers Cooperative, a tea farming cooperative he was heading. 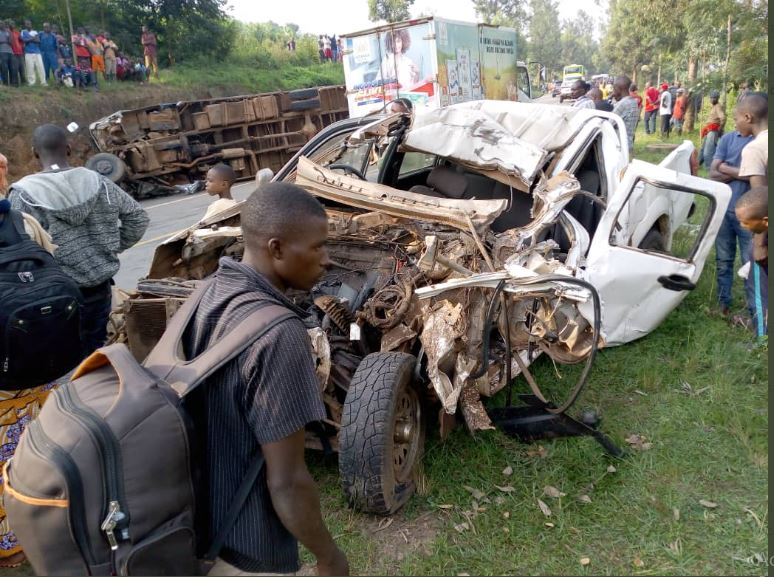 He has been described as a jovial and friendly man who had many friends and made friends with many people.

Others who perished in the morning accident include Rukundo Theogene, 44, Mutesi Marie Louise 29, Ntawushiragahinda Thacien, 31, Dr. Eric Munezero, 43, Police Constable Irafasha Gervais, 28, who was a policeman in Gicumbi district and another unidentified female said to be in her 30s.

RNP has warned drivers against overloading and over speeding which costs the country lives.  Over 5,000 road accidents are registered annually, claiming over 500 people, seriously injuring over 2,000 while at least 4, 000 sustain minor injuries. 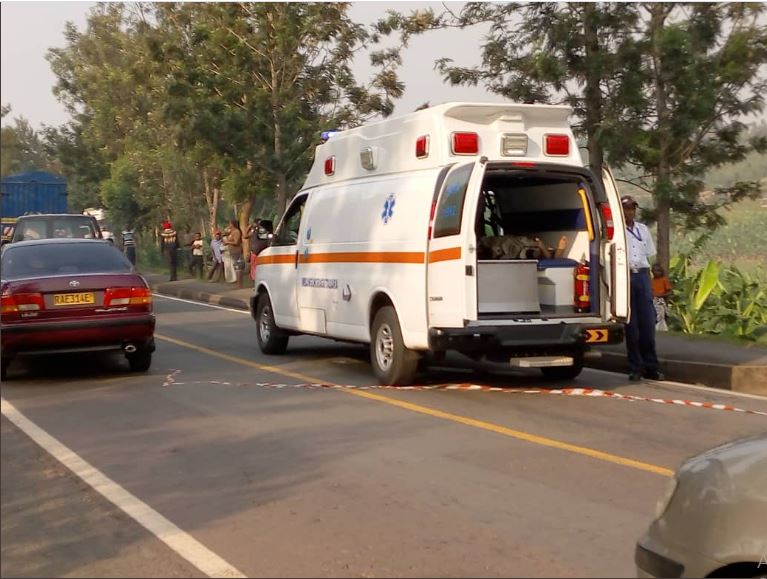 Police says the biggest cause of accidents is recklessness, over speeding and poor mechanical conditions of vehicles. A road awareness campaign “Gerayo Amahoro” was launched last year to deal with the growing cases of accidents.