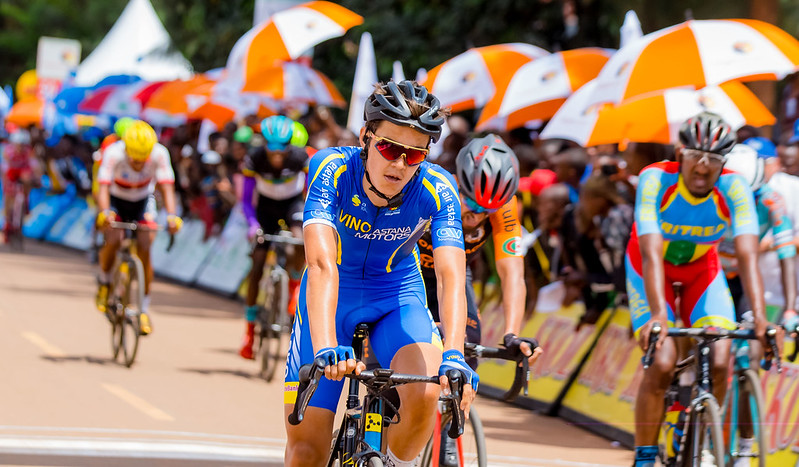 It was a triumphant start for Yevgeniy Fedorov, the 20-year old Kazakhstan rider who competes for Vino- Astana Motors who dominated the first stage of Tour du Rwanda, from Kigali to Rwamagana and back, easily claiming the 114.4km stage.

Fedorov arrived at the finishing point in Kimironko at 13:30, clocking 2h44’59”, putting a 15 second gap between himself and Mulueberhan Henok of Team Eritrea who came in second.

Fedorov became the 55th rider to win a stage in Tour du Rwanda, beating a field of 80 riders from 16 teams taking part in the 12th edition of the annual competition and the second edition since the tour was elevated to 2.1.

The Kazakh rider is looking to emulate Eritrean Merhawi Kudu who won it last year. Fedorov ensured that Kazakhstan became the 20th country to claim a stage in Tour du Rwanda.

The Vino-Astana Motors rider dominated the proceedings right from the onset, romping through the first 25Km to leave the rest chasing, with Benediction Ignite rider Renus Byiza Uhiriwe and Mongolian Maral-Erdene Batmunkh attempting to get closer.

But upon arrival in Kimironko and heading back for the final lap through the Kigali Special Economic Zone and back to Kimironko, Fedorov ensured that he put good distance between himself and the chasing pack. The rest was history. 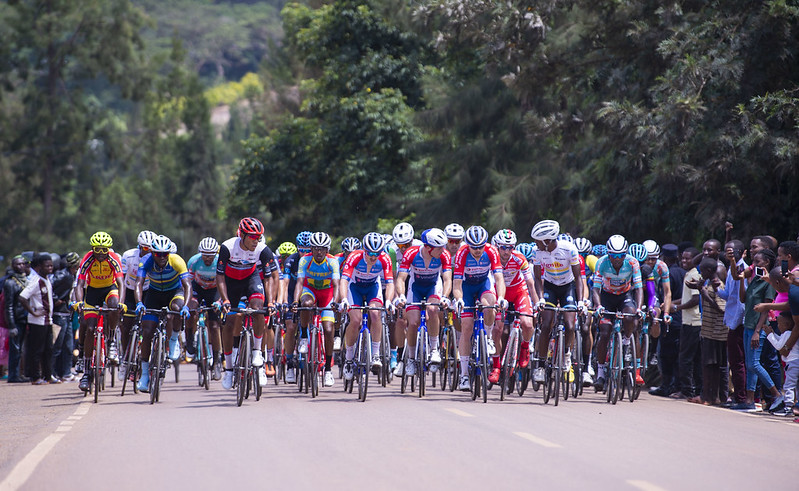 The Asian Under-23 Road Championships gold medallist, who was making his debut in Tour du Rwanda, fended off a challenge from Eritreans Mulueberhan and Hailu Binian who rides from French team Nippo–Delko Provence, to claim the first yellow jersey of Tour du Rwanda 2020.

He went on to claim the best young rider’s jersey, best sprinter’s jersey and the King of the Mountain’s jersey for the best climber.

Moise Mugisha, riding for Skol Adrien Cycling Academy managed to finish 13th while Manizabayo Eric of Benediction Ignite finished in the 19th position, to complete the number of Rwandan riders in the top 20. 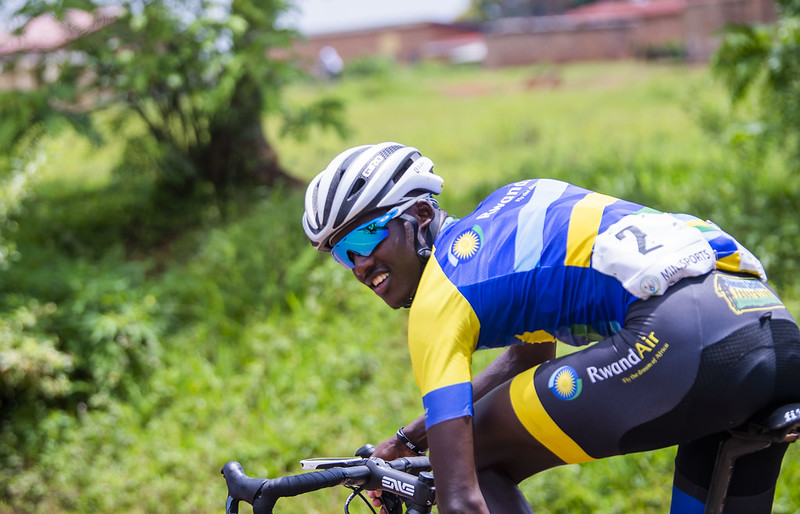 The 2.1 classification is proving to be a tough one for local riders, who are facing some of the very best in the world, given the upgrading of the race, making it the second biggest road race tour on the continent after Gabon’s La Tropicale Amissa Bongo.

For a road race to be considered a 2.1 race category by the International Cycling Union (UCI), it must attract many UCI World Tour Teams and UCI professional continental teams, as well as UCI continental and national teams.

Stage 1 was flagged off by the Minister of Sports, Aurore Mimosa Munyangaju at Kigali Arena before the cyclists hit the road to the east, making a turn in Rwamagana before returning to Kigali. 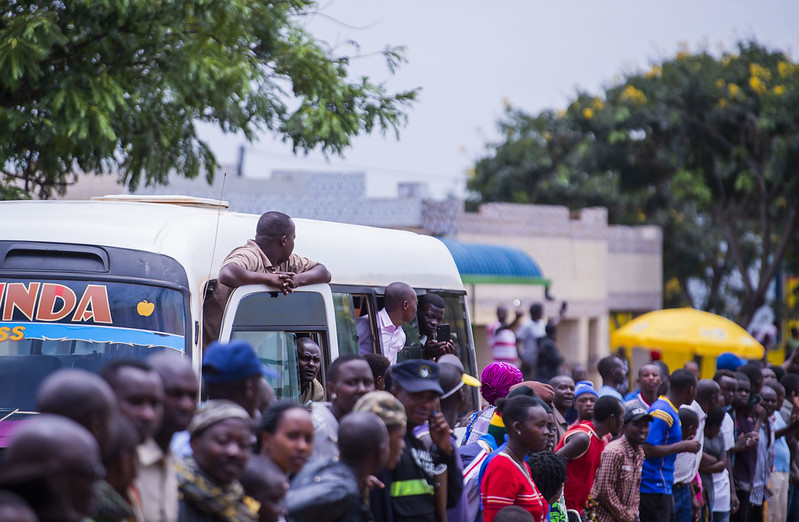 Spectators at Tour of Rwanda

The stage was characterised by a slight drizzle and challenging steep slopes particularly at Kigali Parents and a cobblestone road section in Kabuga but Fedorov proved to be up to the task.

Stage 2 from Kigali to Huye will take place on Monday, covering a distance of 120.5km. This year’s race will cover a total of 889km by the time the overall winner emerges this coming Sunday.

The Image at Tour du Rwanda