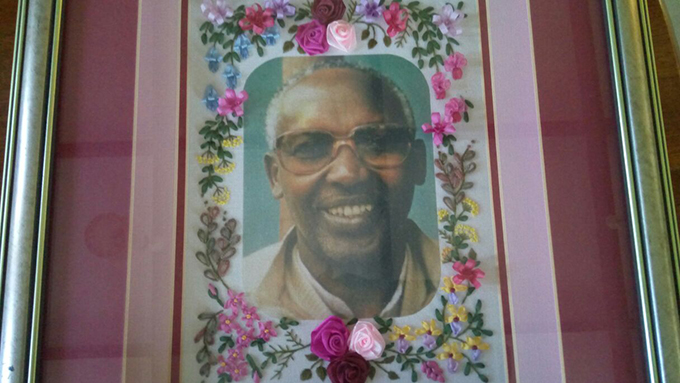 Fidele Kanyabigoyi, one of the victims who had fled at Nyanza-Kicukiro

April 11, 1994 marked the actual day the implementation of the 1994 Genocide against the Tutsi officially rolled out after it had become apparent that the International Community was not interested in stopping the killings.

Though the killings had begun on April 7 and representatives of international organisations and diplomats were aware of what was going on, the international community took a blind eye of the developments in Rwanda and it was on April 11 that the genocidal government rolled out the full scale implementation of the genocide.

“They knew the stakes were very high. There was a lot of evidence that the genocide would happen or at least a massacre on a mass scale would happen,” Minister Busingye said, giving an example of caches of weapons and written evidence that a genocide had been planned.

Minister Busingye recalled that it took a long time for the international community to come to a conclusion that what was happening in Rwanda was a genocide, taking up until July 1994 to the countries to reach a consensus yet right in Kigali, there was no effort to stop the access to the caches of weapons.

Despite all the evidence warnings, Busingye said the United Nations could not expand the mandate of its peacekeeping mission in Rwanda (UNAMIR) to give them the powers to take robust action to stop the killings or distribution of weapons and force where necessary.

When Belgian troops pulled out of ETO Kicukiro, leaving thousands of helpless Tutsis to be butchered by Interahamwe militias, it was evident that the international community had let down the country, leaving thousands and thousands to be killed in cold blood.

Busingye said that the act of abandoning the refugees at ETO Kicukiro directly led to their murder. They were in a position where they could have been protected by they were left to die by the withdrawal of the troops, despite calls by the commander of the UN forces at the time.

“The inability to act was a major problem during the genocide,” Busingye said, adding that the abandonment of thousands of people at ETO Kicukiro is a grim example of how the international community let the victims of the genocide against the Tutsi down

“The decision to withdraw Peacekeepers after they had created a false Impression of safety remains on the first page of betrayals of all time. There is Onus to be discharged in the UN Court. It is akin to luring into death trap,” says Ngoga.

Below is a chronology of events that characterised April 11, 2019 (Source: CNLG)

The following developments as provided by the National Commission for the Fight against Genocide (CNLG) took place on April 11, 1994. The details show how the genocide was planned and executed.

On this day, the Belgian contingent withdrew from ETO Kicukiro, abandoning over 10, 000 refugees who had sought refuge at the college.

Carnage in Kicukiro and Nyanza

The Official Technical School of Kigali, in ETO acronym, was managed by the Salesian Fathers. Since 1963 the Tutsi had taken refuge there and were well received and assisted. 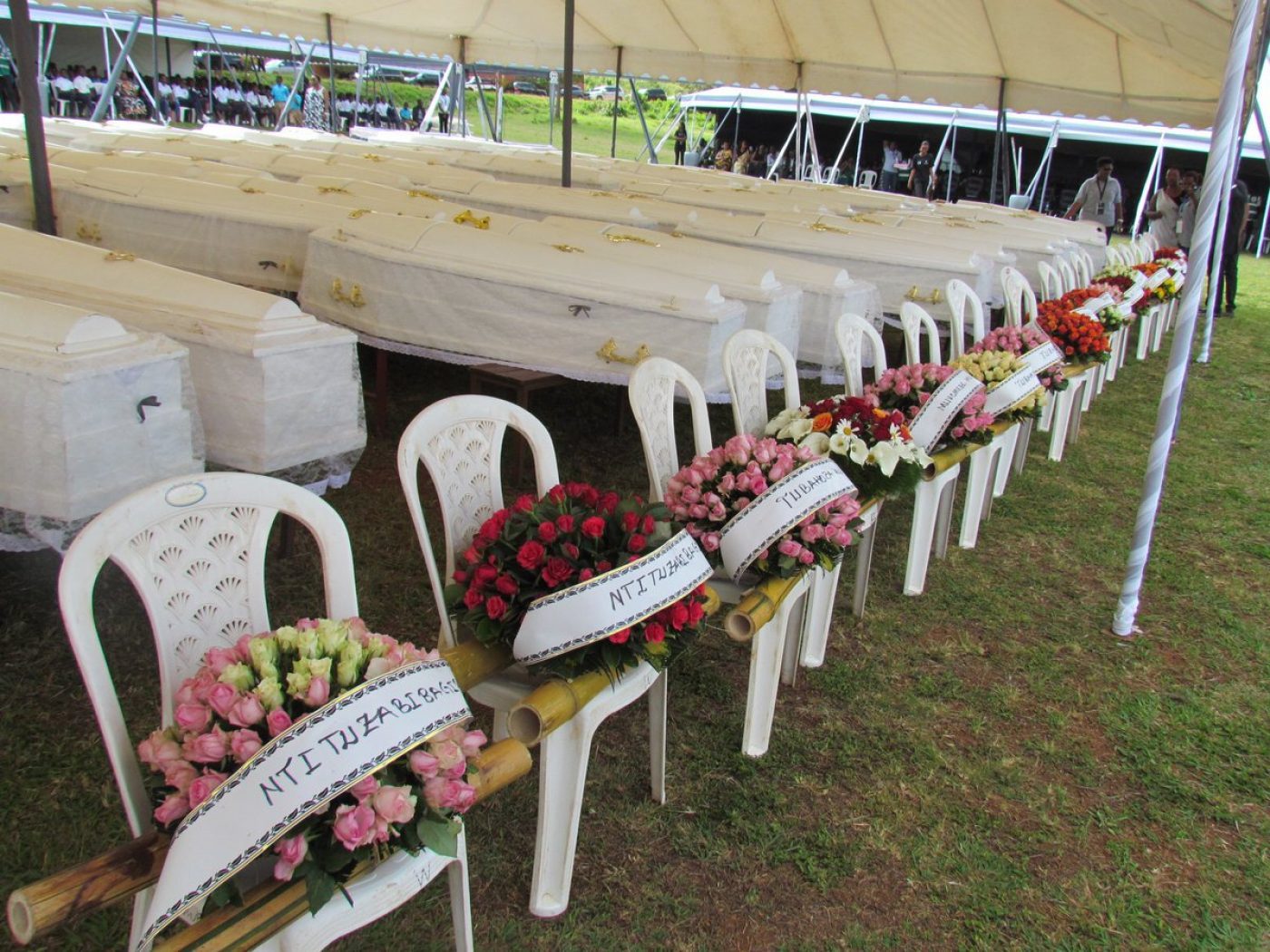 In 1994, within the ETO compound, there was a post of UNAMIR troops who had come in the framework of peacekeeping that is why the Tutsis took refuge there in large numbers, hoping to be protected by these well-armed UN soldiers. 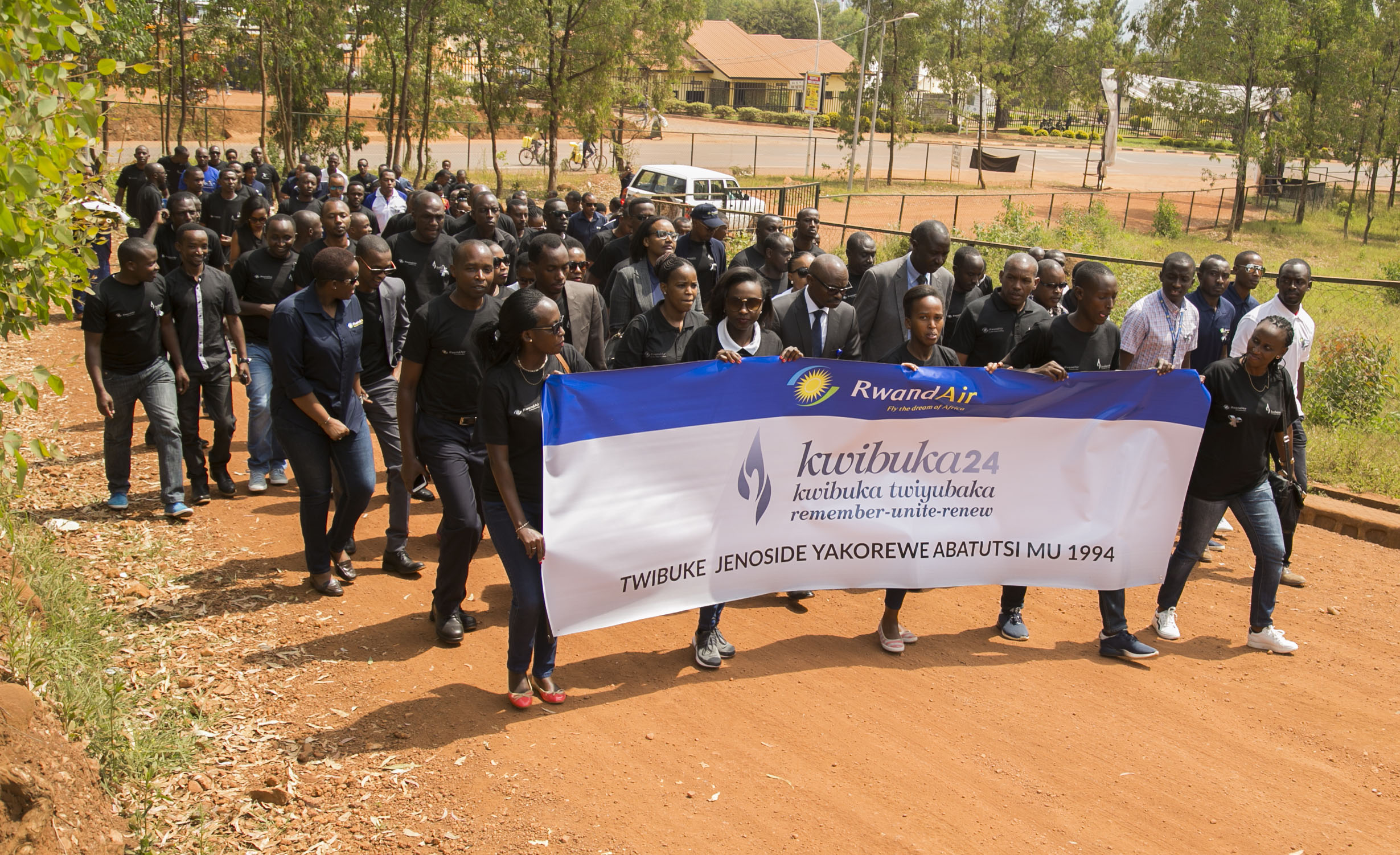 Afterwards, UNAMIR abandoned them in the hands of Interahamwe and soldiers ready to massacre them on April 11, 1994. Colonel Rusatira Leonidas brought in numerous soldiers who prevented the Tutsis from fleeing to join the CND, the Parliament; the Tutsi were killed little by little from SONATUBES, on the way towards Nyanza de Kicukiro where they were brought to be exterminated there with grenades before the Interahamwe strip the victims and finish those who were still breathing.

The Belgian contingent stationed at ETO was led by Lieutenant Luc Lemaire, himself commanded by Lieutenant-Colonel Dewez, himself under the responsibility of Colonel Luc Marshall Deputy of General Romeo Dallaire, the commander of the UNAMIR. They were the first to be held responsible for the massacre of 2,000 killed on April 11, 1994.

From 7 to 10 April 1994, the Tutsi, coming from different localities, began to take refuge in the parish of Kiziguro where they were told that they were going to be protected there but it was a question of letting them gather in large number because on April 11, 1994 they were killed, the massacres lasted from 10 am to 4 pm. 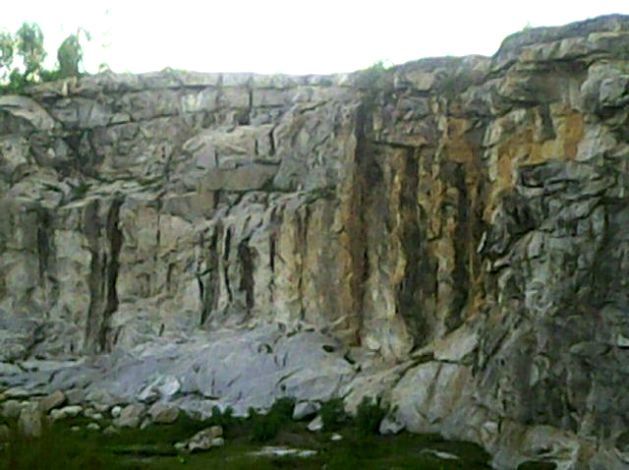 A view of Rwabayanga. Gatete ordered trucks to transport Tutsi and dump them here

The Genocide was supervised by soldiers from Gabiro military camp sent by Major Nkundiye Leonard.

They were massacred in the courtyard of the priest’s home, near the water tanks, in the garden, at the dispensary, near the statue of the Virgin Mary and elsewhere behind the fence wall. There was a small wood. Those who were killed were buried in holes 60 cm deep, below the primary school. Those who were killed were transported by other Tutsi who, also arrived at their destination, were massacred and all the bodies were thrown together in a grave. Doctor Rwamakuba Emmanuel, Sekamana and Fidèle Karangwa alias Gasongo, as well as others from Kiyombe, are often cited among those who killed near the pit.

Shagasha ADEPR in what was then Cyangugu was a church where many Christians went to pray, many of them Tutsi, which is why they took refuge there. The Tutsi who took refuge in the ADEPR Church were women and children. Men had stayed away fearing to be killed.

In addition, the Tutsi men who had been captured in the Shagasha, Munyove and Rwahi sectors were brought to the ADEPR Shagasha to be massacred there. Many Tutsi coming from these sectors were thus killed at this church.

In the former Gisuma Commune, in Ruharambuga Sector, Gihinga Cell, in Cyangugu Prefecture, currently in Nyamasheke District, Ruharambuga Sector, Save Cell, on April 11, 1994 nearly 50 Tutsi who were gathered in the house of Mukandagara Odette, were all killed. They had previously been rounded up and brought to this house where they were killed.

In the former Nyamuhunga Sector, Kimpundu Cell, over 1,000 Tutsi who had been rounded up by Interahamwe from this locality were killed.

The Tutsi had taken refuge there from the evening of April 9, 1994, and after they increased in number, they were all surrounded and killed on April 11, 1994 in broad daylight.

They were killed by Interahamwe who came from cells close to this sector, and by municipal police. The Interahamwe were led by the Sector Advisor and Rujigo Francois. The municipal police had earlier checked on the Tutsi refugees, reassuring them that they were coming to protect them while in essence this was meant to keep them together so that they find them in one place and kill them.

In the parish of Hanika, currently in Nyamasheke District, in the Macuba sector, nearly 15,000 Tutsi who had taken refuge there were killed in the premises they occupied: the premises of the priests, the health centre and the nutritional centre. These were locals who all belonged to the Hanika Parish.

Among the Interahamwe who killed them was Alphonse alias Rasta, son of Pasteur who was a soldier. It was he who hurled grenades at Tutsi Ngoboka Saveur and Gasheme, son of Basabose, the latter was an employee of Gatera Fabien, taking care of his vehicles.

Among the other Interahamwe are Hatunguramye Joseph, Hanyurwa Valens, Nkerabahizi Oscar, Michel Bahimaya, Mukono, a trader in Kirambo, who offered beer to the Interahamwe so that they could go and kill with high morale.

These individuals were among the leaders of the Interahamwe and among the most zealous of them who participated in the massacres of Tutsi in the Hanika Parish.

The Tutsi of the Gatare Commune began to take refuge in the Hanika Parish on April 8 and 9, 1994, when they noticed that the Hutu had started to form groups and to denounce the Tutsi as what they would have killed the Father of the Nation.

On April 9, 1994, a young man who had been killed with a sword by one of his neighbours was buried on April 10, 1994 in the locality of Muramba-Gitwa; the Tutsi who attended the funeral were mocked by Hutu who told them that they should prepare to bury many of their own.

On April 11, 1994, the Bourgmestre of the former Gatare Commune, Rugwizangoga Fabien, arrived on the scene around 12 noon, he had just met with Emmanuel Bagambiki, the Prefect of Cyangugu. Later that day at around 3pm, when the Bourgmestre had just left the locality, a group of killers attacked the Tutsi refugees to massacre them.

Among the killers was a woman by the name of Marigarita, who had been a counsellor even before the outbreak of the liberation war in 1990, and who was reputed to have imprisoned many Tutsi on the false pretext that they were accomplices of the Inkotanyi.

In the Mukarange Sector, at the place called Midiho, in Nyagatovu Cell, on April 11, 1994, more than 200 Tutsi who had taken refuge in EAR Nyagatovu Church were killed. The killers were led by Kanyengoga Thomas, who was a businessman from Kayonza. Until today, the bodies of the victims of this massacre have never been found to be buried in dignity.