Home NewsNational Kwibuka 26: How NUR Turned into A Den of Killers
National

Kwibuka 26: How NUR Turned into A Den of Killers 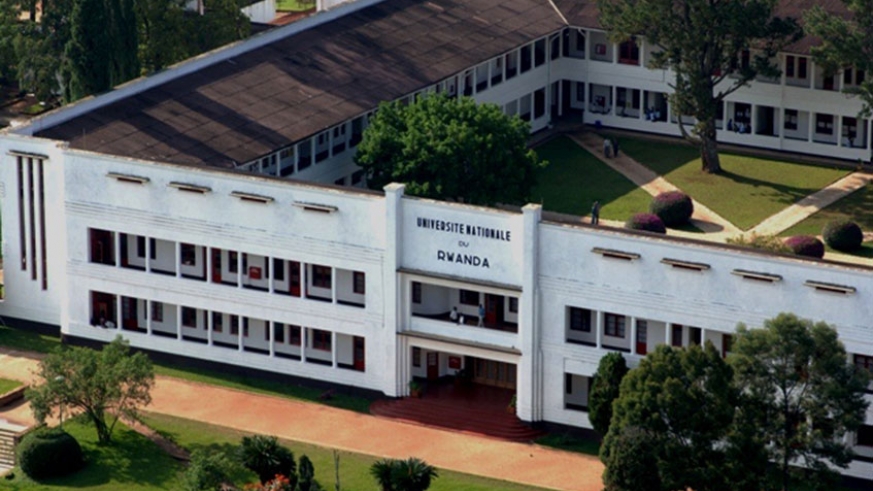 Rwandan scholars have recommended the core values in the motto of the University of Rwanda (UR) as the only way forward to ensure genocide promoted by intellectuals, never happens again in Rwanda.

UR Deputy Vice Chancellor, Dr. Charles Muligande, acknowledged that failure for the former UR leadership to live up to its core motto of ‘Excellence in Education and Service to the People’, was the reason why the university played a major role in the 1994 genocide against Tutsi.

Mulingande made the remarks during a televised panel discussion on the role of UR in the genocide against Tutsi which happened between 20 and 21st April 1994 in former Butare Campus (now Huye district).

His response came after one of the panelists, Claudine Nyinawagaga, a former UR student of economics (1987 -1992) said that before 1994, Tutsi students especially girls were psychologically tortured and segregated in opportunities such as getting government and foreign scholarships.

Nyinawagaga said that when she joined the university she thought she was joining a group of smart and very important people who wanted positive change in their country but was hit by the shock of the opposite.

“We instead lived in some kind of apartheid regime, where students were placed in rooms with those from the same regions so as to easily preferentially treat them and segregate those from other regions especially tutsi,” she said.

For her, this preferential treatment led to being denied a scholarship to study in Canada despite having good and required marks to be enlisted.

This act according to Nyinawagaga crafted UR slang. Students called musasarilization- where those who went for scholarship had not qualified and even had pending exam papers to finish.

“As if this was not enough, some Hutu students who had perpetual poor marks were transferred to other colleges like Nyakinama just to deny opportunity to other students,” Nyinawagaga said.

Though Nyinawagaga was denied the Canadian scholarship she said that she was lucky to complete her education, and so did many of her female friends like Dr. Marita Mukaminega who studied 6 years of medicine without a scholarship, preserving through more ethnic driven discrimination.

She said that discrimination especially bullying new students was another undercover practice which Hutu students used to demean Tutsi students. This bullying was termed as Ubukonari- from the French word Conard- a term that is still used till to date to refer to a UR dormitory in Huye campus.

For Amb Joseph Nsengimana, a former UR Professor, who joined in 1968 coming from University of Lubumbashi in DR Congo with all hope of joining a team of intellectuals, said he was shocked by the kind of leadership he found at the Huye Campus.

He said that when the university was five years old, one of the education ministers wrote to Father Klepo, the former Rector asking him to immediately fire seven university staff but secretly on grounds of subversion, which happened.

“Segregation was what led the university life back then. There was no essence of being light to the world because there was a genocide ideology which was not in line with the University motto of being knowledge and light,” Amb Nsengimana said.

This disregard of student’s objectives for education at the university, Nsengimana said led to students kicking out their lecturers in the face of its rector.

“We were thrown out in 1973 by students who chased us. When the rector Nsanzimana woke up, he asked what happened and students said we did what you could not do as rector,” Nsengimana said.

In his view, Nsengimana noted that nothing changed after 1978 in the 2nd republic instead the then leadership wanted to legalize segregation which ultimately led to the 1994 genocide against Tutsi.

According to Claudine Nyinawagaga, a genocide survivor who says she saw the genocide preparation activities at the campus such as formation of FCCI an illegal Hutu student led group against anti-government students, this legalization of Genocide ideology, led to the Genocide at the gate of the campus on 20th April 1994.

Near this gate, a genocide memorial was built where 565  victims of the Genocide lay to rest.

Even before the Genocide Nyinawagaga said they used to see avocado vendors selling blades at the campus gate, something which the Vice rector (Jean Berchmans Nshyimiyumermyi) was aware of but did nothing about it.

The Genocice would not have happened at the UR, according to Prof. Vincent Sezibera, a UR lecturer if lecturers had done their job as teachers of humanity today.

“This is a shame in our career. We are not supposed to distort this history because we are teaching a new generation that doesn’t know the Genocide as such. We need to work with the government in improving the lives of students instead of just giving them skills,” Sezibera said.

For Deputy Vice Chancellor Mulingande, the journey to change this shameful past has already started with laying a good foundation inside UR’s nine Campuses.

The University, he said, does not segregate but wants to do its best  to promote education which involves skills and human values to be able to do something important to Rwanda.

“We have built the foundation for this to happen and every day it is growing, as a new university under a new government, we are now focusing on training full human beings and not going to allow that to happen again,” Muligande said.

Mulingande said that some of the signs are in numbers of good government leaders who have gone through the UR education system after 1994.